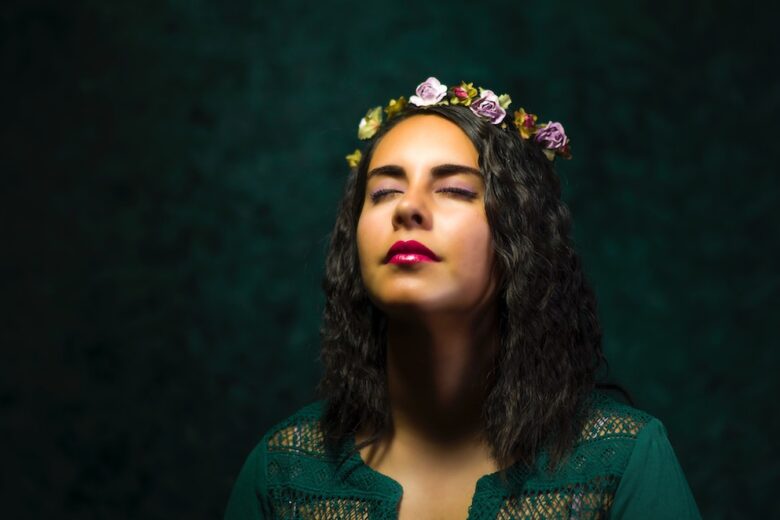 For the past four years we’ve been campaigning against MLMs. Find out the 563,000 reasons why we believe they’re so dangerous.

Multi-level marketing companies (MLMs) have been around for decades, and some of the companies using the model, like The Body Shop at Home, are household names.

But the industry is increasingly being accused in the media of being little more than a ‘legal’ pyramid scheme. So why are MLMs so dangerous, and why would we love to see the industry shut down tomorrow?

On average, 99.6% of people who join an MLM will lose money

Let’s start with some statistics. This research published by the Federal Trade Commission (FTC) shows that an average of 99.6% of people who join an MLM will lose money once business expenses are taken into account. Yes, that’s 99.6%.

As incredible as this number sounds, it’s backed up by the income disclosure statements published by the companies themselves. As you can see from some of our investigations into their earnings:

Even the Direct Selling Association (DSA) have published industry figures that show that the top 1% of MLM reps in the US earn less than a foreign language tutor. (And that’s before deducting the inevitable business expenses.)

A survey by Magnify Money also discovered that women who have signed up to an MLM earn, on average, a paltry 56 cents an hour – again this is BEFORE deducting business expenses. In the survey, 36.5% of MLM reps admitted to lying about how much they’d spent or earned in their MLM, and 42.7% said they’d argued with their partner about how much time or money they’d invested in it.

In all, the numbers point to one inarguable fact for us: MLMs (or social selling/direct selling/network marketing or whatever other label they try and give the industry) just don’t work.

But if MLMs are so awful, why do people keep signing up to them? Which brings us to…

The problem with MLMs is the way they operate. You’re convinced by a rep from a company that it’s an “amaaaahzing business opportunity” so you pay money and join.

But the sales pitch you’re given is rarely honest, and almost definitely not realistic. Because if it was, you’d never join.

If you were told that rather than earn money, you’ll probably end up losing friends, working long hours, and quite possibly get deeper in debt, then you’d run a mile.

So MLM reps lie. They tell you they are successful, and that their upline are rolling in money (you can read here how some of the top reps are, in fact, hiding dark financial secrets, including bankruptcy). They don’t just make it seem possible to earn good money if you put in the effort, they create the illusion it’s easy.

And they lie because they need to.

Basically they need you to join not because it’s a great opportunity for you, but because they want money.

And they lie because they can. While their company may have policies and procedures about recruitment, and while the DSA may have codes of conduct the companies agree to adhere to, at the end of the day, an MLM rep is self-employed.

Which means that until their company receives warnings by bodies like the FTC for their reps’ lies, or is fined for dubious marketing practices that are in breach of the law, they can carry on.

And the real danger? According to the DSA, at the time of writing there are 563,000 of these self-employed direct sellers working for MLMs in the UK.

Looking for a Christmas job? Don’t fall for this MLM sleight of hand

If you’re new to the murky world of MLM, you might wonder how bad this can be. Surely we’re just talking about a little over-enthusiastic sharing of an opportunity, right?

Sadly, the lies are much more overt and cynical. We’ve already revealed the shady practice of publishing ‘jobs’ on online boards like Total Jobs. Sadly the poor suckers who apply for these jobs will just get a sales pitch to invest in an MLM.

Here’s another equally cynical example. Right now, we know many people are desperate for money. They may have lost a job, or have a struggling business. And with Christmas coming up, they’ll be desperate to earn extra cash.

Imagine their disappointment then when they respond to this apparent ad for ‘staff’:

In case you can’t make it out, at the bottom of this picture is a mock up of a new card this MLM rep says she is going to get printed to promote her business. And it says:

Anyone seeing this card could be forgiven for mistaking it for a job ad. After all, the definition of the word ‘staff’ is: “All the people employed by a particular organization”. And “full & part time earnings” indicates that you’ll be exchanging your time and effort for pay.

This highly deceptive piece of marketing (in our opinion) deliberately fails to mention that there is no job nor salary. Instead you will need to spend money, and the only ‘earnings’ you’ll see will be commission on any sales you make once you’ve paid to join.

And before you put this down to over-enthusiasm, or the innocent ignorance of a new MLM rep, this was created by one of Forever Living’s most successful and acclaimed managers. (It’s also someone mentioned in this article.)

This particular Forever Living rep has a long track record of tricks like this. Indeed, here’s another of her recent posts:

As you can see, this post appears to suggest that earning £50,000 a year in Forever Living is possible. “All you need to to” is use their products, build loyal customers, and share the opportunity with others.

Again, we take issue with this claim. Because not only does it counter every single piece of independent research on the MLM industry and the earning potential (or rather, loss potential), but it even contradicts Forever Living’s own figures!

According to Forever Living, of all the people signed up to the company in 2018:

That’s pretty hardcore progress for one year of ‘just’ sharing the opportunity with others.

Who’s the best customer of an MLM? The reps!

Another clue in the Facebook post above inadvertently reveals why so many MLM reps get into debt. As you can see, it says you need to use their products. Every MLM we have investigated recommends the same. Some even state that you need to ‘be a product of the product’.

Here’s what Forever Living says in their first steps to manager brochure:

But the problem is that MLM products are almost always over-priced when compared to high street alternatives. We compared the prices of Forever Living’s products with similar high street products and found most were considerably more expensive.

And it’s not just Forever Living. Here’s a whistleblower revealing exactly how much Younique makeup is really worth:

As the BBC documentary Secrets of the Multi-Level Millionaires discovered, new MLM reps are told to find any products in their home or beauty bag that can be replaced with their new MLM products and make the switch.

So to start with you have just made yourself your best customer (and that’s the point, we believe). You’re not going to make much money out of that!

The other way that MLMs encourage purchases is by having a personal sales volume you need to hit each month (or rolling set of months) to remain ‘active’. Miss your quota and you don’t get the commission you may have earned on sales. You may even be kicked out of the business.

If you’re higher up the company, you need to maintain your own sales quota, and that of your team, to continue to receive your commission level, bonuses and even keep your rank. And if you’ve qualified for a car bonus, you risk losing your lease payment (the lease is in your name and is your responsibility) too.

So a lot rides on making a particular number of ‘sales’ every month. The problem is that these sales are hard to maintain. And some reps end up buying stock themselves just to hit their target. They also buy (and are encouraged to do so) to reach a new rank. This even has a name: garage qualifying. So called because they end up with piles of unsold stock in their garage…

Even a top Younique presenter admitted that she personally bought products to hit the sales minimum she needed to get paid.

It’s this constant pressure to personally buy that gets so many MLM reps into debt, in our experience (like this former It Works rep). And why 99.6% on average will lose money, according to that research published by the Federal Trade Commission.

The MLM industry has been on a significant recruitment drive in recent months, and most companies have seen a real boom.

They can sniff the financial desperation, and have been enthusiastically recruiting furloughed staff, small businesses owners like hairdressers who were without an income during lockdown, and people made redundant from the travel and entertainment industry.

But as you can see above, as attractive as the dreams they peddle may appear, there’s no genuine substance behind them when you look into the numbers. Indeed, the statistics and even the companies’ own figures show that you are more likely to end up in further debt than rolling in those bank notes in the briefcase.

So don’t believe the hype that one of the 563,000 MLM reps may try to lure you in with. And we’d even go as far as to recommend ignoring any marketing that has the ‘authority’ of the DSA. Because as we reveal here, even their Director General appears to be happy to misrepresent the industry.

If you do need money, either look to start a business from home, sell your skills as a freelancer, or get a part time local job. Even if you earn minimum wage you’ll be far wealthier (and probably happier) than getting sucked into an MLM.