How can you replace ‘water cooler moments’ in hybrid and remote teams? 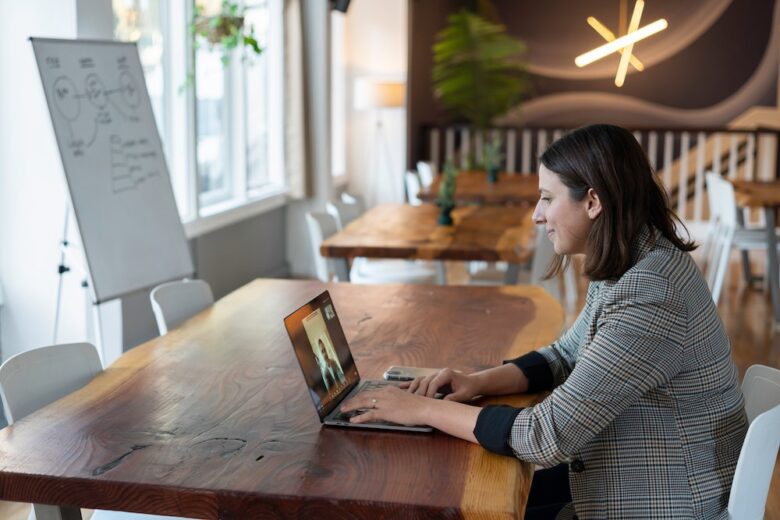 Are you worried about the impact the loss of water cooler moments will have post-pandemic? Find out how to create serendipitous idea generation in hybrid and remote teams.

“I don’t see how we can replace the serendipitous idea generation of hallway conversations. If we don’t return to the office full-time, we’re going to lose out to rivals who do so and gain the benefits of serendipity.”

That’s what Saul, the Chief Product Officer of a 1,500-employee enterprise software company, told me at his company’s planning meeting on the post-vaccine return to office.

This is a common issue among organizations and one that can only be addressed by adopting best practices for innovation in the return to the office and the future of work, as I told Saul and numerous other leaders who consulted me on the matter.

The problem was that while leaders tried to pursue innovation during the lockdowns, they also tried to impose their pre-existing office-based methods on virtual work. When that didn’t work, they pushed for a full-time in-office schedule after vaccines grew widespread, despite the obvious dangers to retention and recruitment of doing so.

That’s because employee survey results show that 25% to 35% wanted remote work only and 50-65% wanted to return to office with a hybrid schedule of a day or two onsite. 40-55% felt ready to quit if they didn’t get their preferred schedules, and indeed many have already resigned when employers tried to force them to return.

To put it mildly, it’s hard to do innovation with such a large part of your workforce quitting, and the rest demoralized due to such high rates of turnover.

How to recreate ‘water cooler moments’ in hybrid and remote teams

Water cooler moments can lead to serendipitous idea generation that gives businesses an innovation advantage. But how can you recreate this opportunity in hybrid and remote teams? Here are some suggestions.

Many leaders deployed traditional methods to facilitate serendipitous conversations during the lockdowns. These included encouraging team members to have such conversations, organizing team meetings hoping that members would have such discussions on the sidelines, and even scheduling regular videoconference happy hours with small breakout groups.

However, these methods, as the leaders discovered, just transposed in-office practices on the virtual environment. They don’t work for something as spontaneous as serendipitous innovation.

Leaders need to use a native virtual format and tap into the underlying motivations that facilitate the creativity, spontaneity, and collaboration behind serendipitous innovation. This means creating a specific venue for it and incentive collaboration without forcing it.

For example, organizations using Microsoft Teams would have each team set up a team-specific channel for members to share innovative ideas relevant for the team’s work. When anyone has an idea, they would share that idea in the pertinent channel.

Everyone would be encouraged to pay attention to notifications in that channel. Seeing a new post, they would check it out. If they found it relevant, they would respond with additional thoughts building on the initial idea. Responses would snowball, and sufficiently good ideas would then lead to more formal idea cultivation and evaluation.

This approach combines a native virtual format with people’s natural motivations to contribute, collaborate, and claim credit. The initial poster is motivated by the possibility of sharing an idea that might be recognized as sufficiently innovative, practical, and useful to implement, with some revisions.

The contributors, in turn, are motivated by the natural desire to give advice, especially advice that’s visible to and useful for others in their team, business unit, or even the whole organization.

This dynamic also fits well the different personalities of optimists and pessimists. You’ll find that the former will generally be the ones to post initial ideas. Their strength is innovative and entrepreneurial thinking, but their flaw is being risk-blind to the potential problems in the idea. In turn, pessimists will overwhelmingly serve to build on and improve the idea, pointing out its potential flaws and helping address them.

How can you create water cooler moments for serendipitous idea generation?

If you want to gain an innovation advantage in the future of work, you need to avoid the tendency to stick to pre-pandemic innovation methodology. Best practices for innovation in the return to the office, such as serendipitous idea generation, will enable your remote and hybrid teams to gain a competitive advantage.