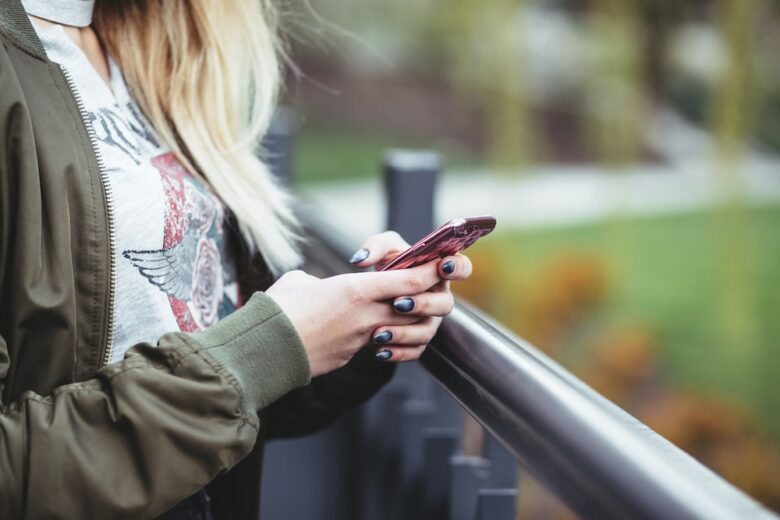 So you finally got the number of a guy you like. You’re feeling a wave of excitement and want to start texting him straight away. However, you still want him to like you and want to talk to you.

This means you’ll need to practice some rules before you text. After all, you don’t want to just text him anything. You want to text him the right things so you can get him to think about you more. This makes the talking phase more exciting for you both and just might land you an in-person meet-up.

Three rules you want to follow when texting a guy

To help you make the right first impression – and keep him keen – here are three rules you want to follow when texting a guy you like. If conventional texting isn’t an option or you’re wondering how to break the ice, some tips on how to start a whatsapp conversation with a guy may be more your speed.

1) Text him based on his effort

When we start talking to someone you like, it’s easy to go overboard. You’ll often do more than the other person. Maybe you’ll ask how their day was, or send good morning and goodnight texts. But too much one-sided texting isn’t a great sign – and can be off-putting if he’s not yet in the same place as you.

We’re not saying you shouldn’t text him, but just make sure he puts in the same effort too. So if he’s not texting you regularly throughout his day, and wishing you a good morning etc, don’t text him. If he doesn’t text you, don’t text him.

Similarly, if he gives you one-word responses or barely converses, don’t text him essays about your feelings or with details of your day. What’s the point of asking him things just for him to either ignore you or not show interest? Give him what he gives you.

That said, don’t fall into the trap of playing it cool for the sake of it. You don’t need to act busy or unavailable and wait hours to text him back if he doesn’t reply to your texts quickly. If he takes a few hours to respond and it’s definitely conversation-worthy, you can reply right away. You don’t want to text back within seconds, but a few minutes is fine.

If you text him back too late, he might think you’re uninterested or just too busy for a potential relationship. On the other hand, you don’t want to reply within minutes if all of his texts take hours for responses. It’s natural to be busy but if he’s spacing the conversations too far, he’s not displaying fair effort on his part (unless he’s at work or a function).

2) You don’t always need to talk

You don’t need constant communication with each other when you first start texting a guy. It’s perfectly okay to go a day or even three days without talking to each other.

Constant communication doesn’t guarantee you’ll become more connected. In fact, it could do the opposite and make him think you’re too needy or clingy. You should be secure enough to feel okay if he’s not responding right away. Similarly, he should give you the same respect.

Now, of course, this rule can change based on the stage you are in the relationship. If you’ve been dating for some time, it might be abnormal to go long periods without communication. It might even cause concern that something happened to your partner, or they’ve suddenly got cold feet.

However, if you’ve recently started talking, then it’s nothing to worry about. Conversations ebb and flow. Some days you might not have much to talk about and vice versa.

On the same note, know when to end the conversation. Yes, you might want to keep talking to the guy as much as possible, but it’s fine to end a conversation for a few hours or even the day to go about your life. If you feel like the conversation is becoming stale or dry, end it. A simple, “Hey! I have some work/chores to do. Text you later or tomorrow!” will work and won’t come off as rude. Silence doesn’t always mean something is wrong.

3) Keep the conversation light-hearted and fun

No one wants to talk about serious matters over texts, especially early on in a relationship. It can kill a conversation and the mood if it’s too serious. It’s also easy to misconstrue what someone says because a text lacks tone; we can’t see the other person’s face to gauge their expressions to reply.

You might want to remember this when texting a guy in general too. You want the conversation to interest him and make him want to keep talking to you. The chances are he doesn’t care about your work drama or family troubles, yet.

The key is to make the conversation flow and be happy and upbeat. You can share memes, play games, or even tell embarrassing stories. When the relationship progresses into meeting each other, you can start the heavier stuff.

With this though, please keep your emojis in check. Everyone loves a good emoji, however, if your main form of communication is sentences full of emojis, you need to cut back. Use them appropriately to display sarcasm or when you tell a joke.

When people see a text full of mainly emojis, it’s a huge turnoff. It can come across like you don’t know how to actually communicate or that you’re childish. Don’t limit this to just the guy you like either. Do this for most if not all your texts unless it’s something you do with friends or family.

Follow these texting rules but adapt them for you

Dating as we used to know it has changed. When you liked someone, you’d pick up the phone and give them a call. You might even ask them to hang out right away. Now, you go through a talking phase where you get to know the person over text first.

However, it’s not like a phone conversation where you can talk about anything and everything. There are texting rules you must follow otherwise the chances of you getting an in-person meetup are slim. Luckily, the rules are flexible enough where you don’t need to strictly follow them. There’s always some wiggle room because not every guy is the same!