Three of the biggest challenges for women in the tech industry 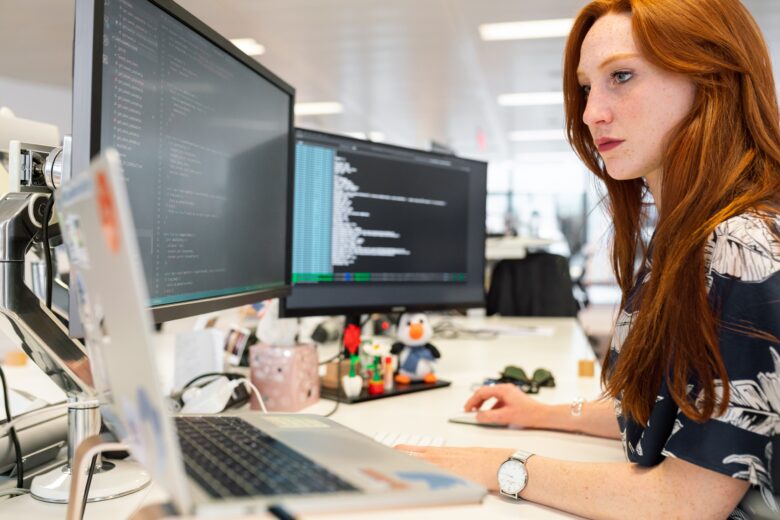 Technology is a crucial component of any business, as it touches on nearly every aspect of business operations, streamlining processes and helping businesses stay ahead of the competition. As such, more and more businesses are investing in new and emerging technologies, creating endless opportunities for tech professionals.

While employee diversity helps improve productivity and yield better results, women are still vastly underrepresented in the tech workforce. As a male-dominated industry, women in tech face a lot of bias regarding their technical capability and credibility, making it harder for them to thrive in their tech jobs.

Three of the biggest challenges for women in the tech industry

Recognizing some of the challenges women in tech face can help you empower yourself and overcome them. In this article, we’ll take a close look at some of the common challenges you’re likely to face as a female working in the tech industry.

1) A lack of role models

The lack of female role models is arguably one of the greatest challenges women face working in tech companies. With fewer women in executive positions in tech companies, women in tech roles can’t get the mentorship and coaching they need to thrive and advance in their careers.

The lack of a female role model in the workplace can also cause a feeling of isolation and discouragement. Without the right guidance and support from peers and a support system, it can discourage you from aspiring for leadership roles. You’re also likely to avoid applying for leadership positions when you don’t see any female like yourself sitting at the helm of leadership.

Finding a female mentor in a leadership position can make navigating the tech industry easier, especially when trying to climb the career ladder. This can also make you feel more motivated and confident about achieving your career goals.

Having your fellow tech women around you can also make you feel more supported and less lonely, giving you the strength to overcome the challenges you face working in the tech industry.

Another major challenge you’re likely to face as a woman in the tech industry is gender bias. The gender bias starts from the recruitment process, with female candidates being evaluated for job positions based largely on their sociability and morality rather than their competencies. This hugely affects the number of women hired for tech positions. Additionally, numerous studies show that women are often less likely to be promoted than their male counterparts, even when they have equal or better merits.

Women working in tech are also usually judged more than their male counterparts, especially regarding their work performance. For that reason, your work may not always be taken seriously, making it more difficult to advance your tech career.

Due to the bias against women’s tech credibility, you’re likely to also lack sponsors for career progression. As a woman in tech, there’s a greater chance you’ll experience some form of discrimination, especially in a male-dominated field.

Generally, there are fewer women than men in the tech workforce. That’s mainly because women usually have fewer opportunities to learn new skills and advance their skill set, which could make them more productive in their roles and qualify for top tech positions. Fewer women in executive positions also imply a shortage of qualified female candidates to be promoted to leadership positions in tech companies.

Women in tech face unequal advancement opportunities for career growth. This is hugely contributed by gender bias in the workplace and lack of adequate access to career-advancing relationships, for instance, with support networks, role models, mentors, and sponsors.

This discourages many young women from pursuing a career in tech and even makes it harder for women in tech to advance their career and take up leadership roles.

Providing women with more career advancement opportunities can help them build the skills and develop the right mindset to thrive in their roles, particularly in leadership positions.

Empower yourself to take action and overcome challenges

From wage inequality to gender bias and lack of female role models, these are among the biggest challenges you’re likely to face as a woman in the tech industry. Recognizing these challenges early enough can help you to empower yourself and take the necessary action to overcome them.

Some things you can do to overcome these challenges include standing up for yourself and using your voice to fight female harassment and discrimination in the workplace, and advocating for a gender-inclusive work environment.

Additionally, mentorship and guidance from your mentor or peers can be an invaluable source of strength when navigating the challenging tech field. The right support network will also make you feel confident in your tech capabilities and motivated to achieve your career goals.