Mind the gender pay gap – why ARE women still earning less than men? 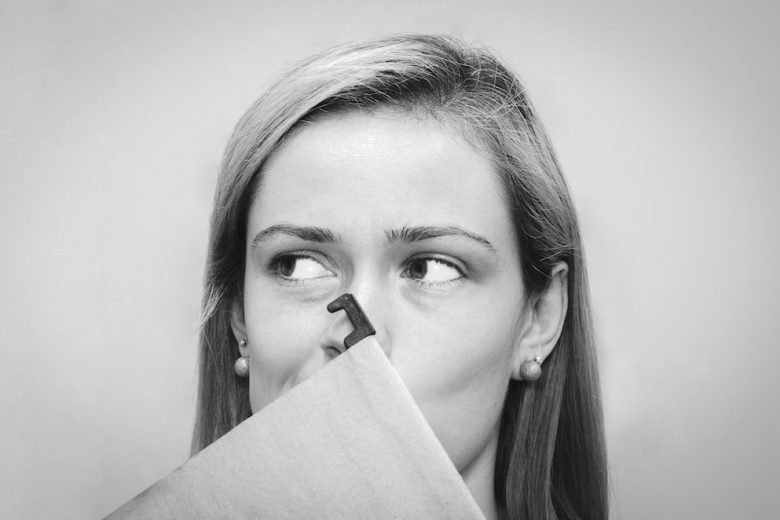 According to the statistics women are still being paid less than men for the same work. Why is this? And how is legislation trying to reduce the gender pay gap?

The gender pay gap has been hitting the headlines recently for good reason. Because, while figures released by the Office of National Statistics for April 2017 revealed that the gender pay gap based on median hourly earnings reached an all time low of 9.1%, it’s still unacceptably wide.

Indeed, across pretty much every industry and level of seniority, women are doing the same job as male colleagues – but taking home a much smaller wage.

Getting to the top doesn’t guarantee equal pay

Further research published by CNN showed that by 2018 even fewer women would be leading America’s largest companies. The stats gathered showed a reduction in top level female executives. The Fortune 500 list shared a record breaking 32 female CEOs in June 2017 however, by 2018 six of those females had left their jobs or announced their departure, handing their reigns over to predominantly male successors.

Having a female prime minister, and a Queen as head of state, doesn’t protect the UK’s women from the gender pay gap.

Google Trends data reveals that between January 2004 and April 2018, there were 100 times more search queries about the gender pay gap in the UK. Google Trends also revealed that the topics of salary, woman and equal pay for equal work are showed a sharp rise in interest and searchability.

This is unsurprising given the media coverage following the release of companies’ data on gender pay gaps. According to the BBC, less than one in seven companies pay female workers more than men. And 78% of firms in the UK pay men more than women based on the median hourly gender pay gap.

Most companies in the UK also have fewer women at the top – data gathered from 10,016 companies revealed that only one in three firms have a majority of women in their top earners.

Why does the gender pay gap exist?

There’s no logical reason for the pay gap to exist. There’s no definitive research or evidence proving that women are worse performers than men. So why are we still earning less?

There appears to be two common theories in answer to this question, both of which are largely unsupported by tangible evidence. The first blames the physical differences between men and women, and the second theory looks at childbirth and maternity as a definitive factor.

But not only do both theories lack imagination, but they are entirely subjective and cannot be applied to every job. The physical theory can only be argued for in the case of active and strenuous jobs as males are generally viewed as being stronger. However, that assumption doesn’t take into account fitness levels, overall health, muscle mass or effort.

The latter is the most popular theory, suggesting that women’s careers are held back due to giving birth. But this theory is discredit in an article in This Is Money. The article looks at the CEOs of two pharmaceutical giants – GlaxoSmithKline and AstraZeneca, and notes:

“The ‘mum theory’ doesn’t explain why those who have so spectacularly broken through the glass ceiling are still on lower packages than the men. It would be patronising and absurd to suggest motherhood is why Glaxo CEO Emma Walmsley – who has four children – is paid millions less than Pascal Soriot, the father of two who runs rival AstraZeneca…”

While the UK government wants women to make up at least a third of boards for the UK’s 350 biggest companies by 2020, it’s clear we still have a way to go.

And, for an insight into why businesses aren’t promoting women (nor paying them enough), the government-backed Hampton-Alexander Review revealed these top 10 excuses given for not appointing women to FTSE company boards:

These ‘reasons’ apparently come from a range of FTSE 350 chairs and chief executives that were heard by the team conducting the review.

Yes, they’re statements that were actually made by men. In the 21st Century.

If they’re genuinely what the UK’s senior business leaders think of women, then it’s pretty depressing. Maybe we should return to our rightful place – as a 1950s-style obedient housewife? After all, how can we expect equal pay or promotion when we can’t handle pressure or complex issues?

Thankfully, the law is making it increasingly hard for UK companies to translate this apparent prejudice towards women into lower salaries.

The Equality Act (2010) (also known as “Gender Pay Gap Information”) is governmental legislation that is designed to minimise the gender pay gap through law as a UK Statutory Instrument. In 2017, as part of this act, businesses in the UK with more than 250 employees were expected to publish their employee salaries to reveal any gender disparity within pay.

The initial results revealed that many businesses were clearly undervaluing women by paying them dramatically less than their male counterparts, despite working in the same job.

And the pay gap is not exclusive to one specific sector, ALL sectors revealed a dramatic discrepancy in pay between men and women (the two worst offenders were the construction and finance sectors).

Airlines also came under fire for the obvious gender disparity, with RyanAir reporting a 71.8% gap, which emerged as the largest in the airline industry by a mile, as well as one of the widest across all sectors.

These results came to light shortly after Holly Willoughby told the Mail Online  that she had ‘no idea’ that she was being paid £200,000 less than Phillip Schofield, proving that celebrities are not immune from sexism and gender discrimination.

Perhaps unsurprisingly the gender pay gap continues to be an issue in the sports sector. A new tool, The Sports Superstars Salary Calculator, reveals the difference in pay between top male and female athletes across football, American football, basketball, golf, tennis, boxing and racing.

And, despite a survey revealing that 85% of the general public believing that men and women should be paid the same in sport, there’s no gender pay equality on the sports field.

Across all sports, men are earning more than women – even in sports such as racing that may not necessarily rely on physical strength. In football, Lionel Messi earns a staggering £81,987,828, which dwarves Alex Morgan’s £1,036,434 – she earns a mere 1.26% of her male counterpart.

Surprisingly, hot-shot tennis star, Serena Williams earns less than you might think. Her seemingly impressive £20,050,115 is firmly put into the shade by Roger Federer’s £47,767,659. Both are household names as well as multiple title holders, though she will play less sets in Wimbledon.

How can we tackle gender disparity in the workplace?

According to the Financial Times, data suggests that the main reason for the gap is the underrepresentation of women in senior jobs. There have been several suggestions for improvement, including a change in processes and an overhaul of recruitment processes that eliminate any indication of gender on applications.

In the same article, Professor Vinnicombe from Cranfield University pointed out how the pipeline gets thinner until there are very few women at the top. She believes that this is down to the way women are managed.

If you are experiencing a gender pay gap in your workplace, you don’t need to stay silent. The Guardian has several tips for dealing with discrimination, including:

Whether you are a man or woman, it’s clear that differences in pay needs to be addressed. Not just out of fairness, but in order to retain talented female employees and to adhere to legislation.

From a business perspective, the exclusion of women could be more harmful in the long term, with firms risking lawsuits as well as losing out on top performing staff members.

And, while we are a long way from solving this issue globally, it’s good to see the issue making the headlines and steps being taken to even the opportunities and earning potential for women.

Why does the gender pay gap exist? And what can you do it you believe you’re being paid less than a male colleague? You can read more on the subject in these articles: