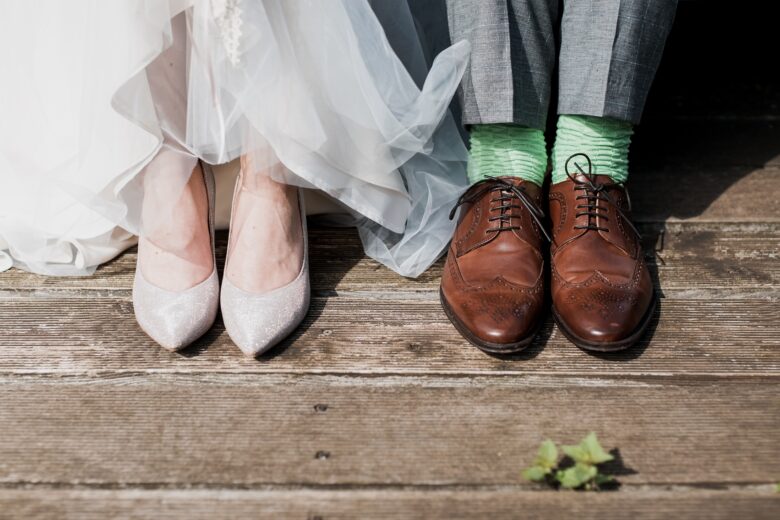 Weddings are one of the happiest occasions in someone’s life. They can bring family and friends together, take place in beautiful locations and mark the beginning of a new life.

Unfortunately, weddings don’t come cheap. They can be notoriously expensive, even if you’re trying to keep to a tight budget. There’s the outfits to think about, the flowers, the food and the venue. The wedding costs soon add up and can often go way over budget.

Beauty experts Cosmetify recently carried out research to find which regions of the UK take the longest time to save up for an average wedding. The data was sourced from the Office for National Statistics and compared the median salary in regions across the country with the average cost of a wedding, which stands at £16,005.

In this article, we’ll reveal which cities top the list and why it takes couples so long to save up for their dream weddings.

Leicester tops the list as the city that takes the longest to save up for a wedding. It takes near a staggering nine years to save up for an average UK wedding. The data was based on two people earning the median salary and saving 5% of their annual wage. Couples in Wandsworth, London are estimated to take just over five and a half years to save, which is the shortest time any region takes to save for a wedding.

A Cosmetify spokesperson commented on the study’s findings and said “A wedding is one of the biggest days of anyone’s life, and the costs can mount up quickly. Traditionally the father of the bride is expected to cover the costs, but that’s not an option for everyone, so it’s sobering to see just how long it can take to save for the UK’s average wedding cost.”

Continue reading to learn the other locations in the UK that take a long time for couples to walk down the aisle.

It’s one of the oldest cities in England and was named one of the best cities in which to live and work for three years running (2017-2019). Another, less admirable feather in Leicester’s cap is that it’s also the region that takes the longest time to save up for a wedding.

The average salary in Leicester is £17,166.96, which is the lowest median salary in the UK. Saving 5% of two average annual salaries would work out to £1,716.70 a year. This means it would take nearly 10 years to save enough for the average price of a UK wedding.

Leicester is one of the most populated areas in the East Midlands and the UK. The city came under an international spotlight when the remains of Richard III were discovered beneath a car park in 2015.

Torbay, often called the ‘English Riviera’ is known for its golden beaches and family attractions. Three towns – Paignton, Torquay and Brixham – are grouped around Tor Bay in Devon.

Torbay holds the title of being the most deprived local authority area in the southwest region. The average salary in the town is £17,199.60, so it would take two people over nine years to save up for the average wedding.

This seaside resort became a popular holiday destination in the Victorian era. The harbour and year-round attractions make for a popular British staycation. Torbay isn’t necessarily a hectic town, though. One-quarter of the population in this Devonshire town are aged 65 years or over.

Torbay is known for its mild climate, which bodes well for anyone wanting to host their wedding day in the town.

England’s second-most populous island is home to approximately 138,265 people. The Isle of Wight is located off the south coast, with the quickest route to the mainland being via hovercraft.

Queen Victoria chose the Isle of Wight as her favourite holiday destination over 100 years ago. The island still boasts relics of the royal visitor, such as Osborne House, which was their holiday home. You can even book this English heritage site as your wedding venue! Natural wonders include The Needles, which is three stacks of chalk out to sea.

This industrial Lancashire town is famous for its cotton weaving past and the Blackburn Rovers Football Club. Blackburn is multicultural and home to a population of about 120,500.

Although Blackburn is over six hours away from the Isle of Wight, it has the same median salary of £17,281.20. This is also the case with Darwen, which appears next on this list. All three locations would take a little over nine years to save up for an average UK wedding.

When saving up to get married, the most expensive part is often the wedding venue. Some couples also shell out a good few thousand for reception venues too.

Darwen is a market town next to Blackburn. The two are in a unitary authority area, which means that they have the same data for wedding savings.

The town has a population of over 28,000 and is famous for being a centre for textile manufacturing during the 1700s and 1800s. Darwen Library Theatre is a popular venue within the town.

The quintessential British seaside resort is famous for its Pleasure Beach, amusement park and Blackpool Tower. It is also the location of the UK’s only surviving first-generation tramway.

Blackpool is the third place on this list to be in Lancashire. People in this town have an average salary of £17,370.96, which means that it would take just over nine years to save £16,005 for the average UK wedding.

There are many popular wedding venues in Blackpool. Couples can get married in the iconic Tower Ballroom, as well as in hotels on the Promenade.

Derry, otherwise known as Londonderry, is the first location on this list that isn’t in England. The Northern Irish city is Ireland’s only completely intact historic Walled City and is on the River Foyle.

The second-largest city in Northern Ireland has a median salary of £17,428.08. This means that it would take a little over 9.18 years to save up for the average wedding if two people were saving 5% of their annual salary.

There’s plenty of rich heritage in Derry. The city walls are over 400 years old and offer a walkway around the city. Derry was also voted the first UK City of Culture in 2013.

Derry was merged with Strabane in 2015 to form the Derry City and Strabane District. As such, the data for wedding savings is the same for both places.

Located in west Tyrone, Northern Ireland, Strabane is infamous for having experienced heavy bombings during the Troubles. It is also one of the most economically deprived towns in the United Kingdom.

The population of Strabane is approximately 13,172. One of the town’s most famous sons was John Dunlap, who printed the first copies of the United States Declaration of Independence. Strabane also has the tallest structure in Ireland, which is a 1,002 ft high guyed steel lattice mast.

Last but not least, Cornwall makes the top nine for the places in the UK where it takes couples the longest time to save up for a wedding.

The southwest of England is a leading holiday destination in Britain. Cornwall is one of the last remaining Celtic nations and also one of the poorest areas in the United Kingdom. Despite this, St Ives was voted Happiest Place in the UK by Which? in 2020.

It takes couples in Cornwall 9.14 years to save £16,005 for an average wedding. This is at a rate of two people annually saving 5% of their individual salary. At that pace, it would be an annual saving of £1,750.15 combined.

Weddings come in all shapes and sizes so the cost can vary. The research for this article was based on average salaries and wedding prices, but there’s no reason that you can’t save money (or even splash out!) on your wedding day.