Time of the month matters: Meet three women breaking the bias with period-care innovations on Amazon 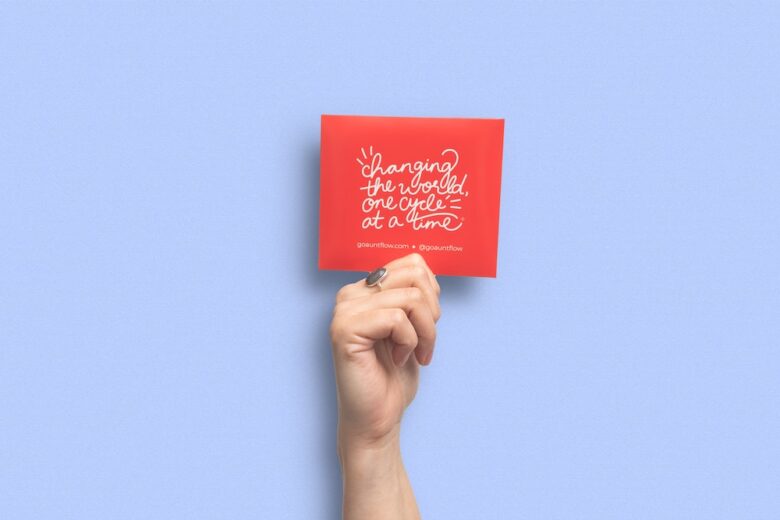 Roughly half of the global population menstruate once a month, for a period up to seven days between the ages of 13 and 50.

And yet, despite this periods are still a stigmatised topic all around the world and there has been a lag in innovations in effective period products for women everywhere.

In a male-dominated society and a world traditionally designed by and for men, inspiring women in business such as Affi, Kru and Martha are tackling period problems head-on – everything from fighting period poverty, managing period pain, to preventing awkward menstrual disposal encounters as well as breaking down stigmas and taboos to normalise conversations around menstruation.

These small businesses are innovating in this space and have all made use of the Amazon Launchpad programme to help them make their products accessible to as many people with periods in the world as possible. Read their inspiring stories below.

Affi Parvizi-Wayne, came to the UK as an Iranian refugee when she was 12 years old. One day, years later after having built a successful life and family, she was watching the news about refugees stuck at various border crossings and it really struck a chord. Reminiscing her own experience, she thought “I could have been one of those women, and so could my daughter.”

It dawned on her that many of these women, who came from a similar background to her, may not be speaking up about their needs for period products as these topics are often taboo in their cultures. Sure enough, looking into the matter, she discovered that the hygiene kits provided by the UN and relief organisations overlooked period-care.

From this moment on, Affi was determined to make sure that the menstrual needs of women are not ever overlooked again, be it in refugee camps or in public spaces.

Upon further research, she also realised sanitary products were often made with cheap unnecessary chemicals that don’t legally have to be disclosed, which may be harmful to a woman’s body. As a result, she started Freda Health in 2018 to deliver transparent, chemical-free, sustainable and socially conscious period care where a portion of every purchase is donated to initiatives worldwide tackling period poverty.

With the help of the Amazon Launchpad programme, Affi reached the top 100 brands on the marketplace within 5 months and is realising her mission to make Freda Health accessible for all.

2) How Kru Patel launched Be You

At her first job after graduating, Kru Patel was period-shamed by a male colleague simply because they were uncomfortable with her using a hot water bottle to relieve period cramps. She was told in a derogatory manner, “No one wants to know you’re on your period, that’s so unprofessional, put that away.”

Disappointed at the response she received, Kru explained to her brother what had happened. The encounter encouraged her to design her own feminine relief products. With the help of her brother, they compiled a natural formula for a discrete ‘period patch’ for cramps while still sticking to their beliefs in home remedies.

When the first lockdown happened, they turned to Amazon which has been crucial to their growth – tripling in size each year since launch. The Be You brand now has a wide range of thoughtful feminine care products and have also begun the ‘Be You Foundation’ which provides free period pads to girls growing up in poverty in rural India.

Their mission is to create natural alternative solutions for women’s hygiene care and bridge the gender gap for medical research.

Martha Silcott gave up her successful business in the finance world to prevent as many embarrassing period disposal encounters as possible.

The idea arose after an awkward dinner party situation – no bathroom bin forced her to wrap her tampon in loo roll and hide it up her sleeve before subtly slipping it in her handbag at the table. The next day, she went to Boots hoping to find something so she would never need to do that again, instead she found nothing that could help.

Determined to find a solution, she continued her research online but again, there was nothing. So, she looked into what people did in similar situations and was horrified to find that many women flush these products down the toilet and it all ends up in aquatic waste.

With no existing solution on the market, Martha decided to create her own and so she invented Fab Little Bag in 2015, a sustainably sourced, easily sealable, opaque period waste bag. Since inception, Martha has been actively pushing her products into the hands of those who need it.

She joined Amazon’s Sustainability Accelerator and Amazon Launchpad and saw their sales grow by over 100% in the last year. Despite all the export challenges caused by Brexit, selling on Amazon ensured that Martha can still continue to reach and help her customers all over Europe.