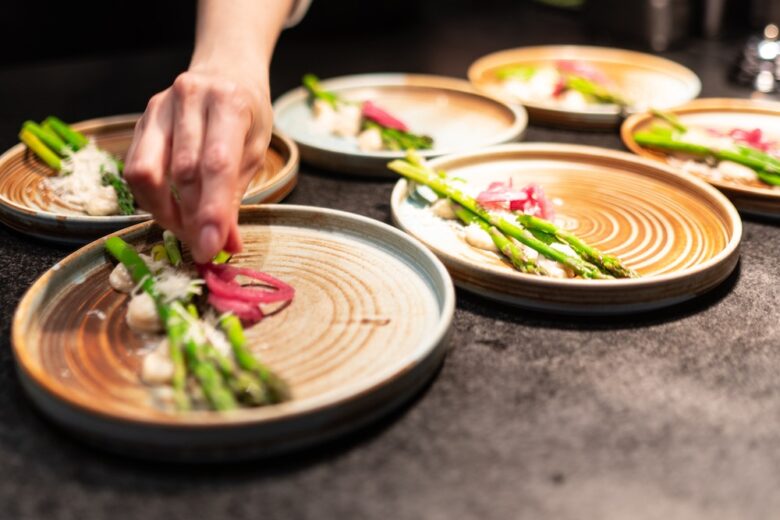 The days of male chefs dominating the culinary scene are ending. Today, there are plenty of inspirational female chefs making waves in the world of contemporary cuisine.

There is still a long way to go, though: at the level of executive chef, only around 7% of these roles are held by women. The media has played a role in this: professional kitchens are seen as something of a men’s club, with top chefs notorious for bawling at their staff and throwing their weight around seen as a normal manifestation of their gastronomic genius.

Below, we celebrate the positive changes that have come about so far and look at five of the best female chefs in the world active right now and how they’re transforming our own cooking practices.

She has a stellar resume, being the first female Head Chef to be appointed to the role at the famous Savoy Grill, an eatery with a 126-year history and one of London’s most iconic restaurants. From the multi-mirrored walls to the black booth-style restaurant chairs and the fifties-inspired interior design, there’s a miles-long waiting list to get a table here.

Subsequently, Kim accepted the position of Executive Chef at the equally prestigious 100 Wardour Street restaurant in London’s Soho, where she successfully innovated (and continues to do so) a range of vegan and sustainable dishes that sit perfectly on Wardour Street’s menu and have proved a huge hit with both the restaurant’s loyal diners as well as bringing in swatches of new, environmentally conscious diners.

Kim is widely credited with helping to break down gender stereotypes and paving the way for a whole new generation of female chefs to come to the fore.

The co-owner of the restaurant Leo in Bogota, Colombia, Leonor was named The World’s Best Female Chef 2022 earlier this year by The World’s Fifty Best Restaurants.

The accolade recognized not just her skills in creating and preparing exquisite food but in the meticulous research that Leonor undertakes into local ingredients and their provenance. Biodiversity is a key concern for this chef: the route from field or farm to plate is crucial.

Leonor’s self-taught skills and inherent sense of curiosity regarding meals and their constituent ingredients have helped make cooking a more accessible proposition for her fans and followers: she’s proof that passion and a drive to learn can accomplish extraordinary things.

Dominique is a French chef based in San Francisco; she’s the first woman in the US to have received three Michelin stars – before this, she was the first female chef in the US to be awarded two Michelin stars! The chef is a fierce advocate of equality in professional kitchens, and sustainability and environmentalism inform the creation of all her dishes.

Dominique is the chef-patron of three restaurants, Atelier Crenn, Petit Crenn, and Bar Crenn, and all switched to becoming fully pescatarian in 2019. Although known for her ‘poetic’ approach to food that seeks to elevate each ingredient to its highest potential, the chef is also keen to show people how to recreate some of her techniques at home.

Thanks to Dominique, previously intimidating methods and ingredients have now become much more accessible, and her how-to guides that demonstrate, for example, how you can cure salmon filets overnight in the fridge, have made ‘fine dining’ cooking something we can all try our hands at!

Canadian-born, May owns three restaurants in Hong Kong and Thailand; she was recognized with Asia’s Best Chef Award in 2017 and has since used her fame both to promote women’s equality in the food industry and as a platform to highlight LGBT issues.

For May, exploring traditional ingredients and giving age-old dishes a contemporary twist is key: her famous fusion of Chinese-American burgers that hit the food scene with the opening of her restaurant Little Bao in 2013 is still talked about today.

The chef has previously appeared as a guest judge on MasterChef Asia and as a presenter at the Melbourne Food and Wine Festival, and her trademark ‘neo-Chinese’ cuisine has made all three of her eateries phenomenally successful.

The recipient of four James Beard awards and the chef-proprietor of the wildly popular New York restaurant Prune, Gabrielle has written a number of recipe books as well as a memoir on life working in a professional kitchen.

Gabrielle was one of the figures that elevated the idea of brunch to its current status, encouraging us, with her recipes, to have a go at experimenting with ingredients to create new offerings for this most flexible of meals.

The brunches at Prune are legendary and have diners queuing around the block hoping to get a table. The most popular item on the brunch menu is a creation that combines Swiss cheese, French ham, and roast turkey; it’s deep fried and then served with fried eggs and dusted with powdered sugar and red currant jelly.