Women in agriculture: Steps to a successful farming business 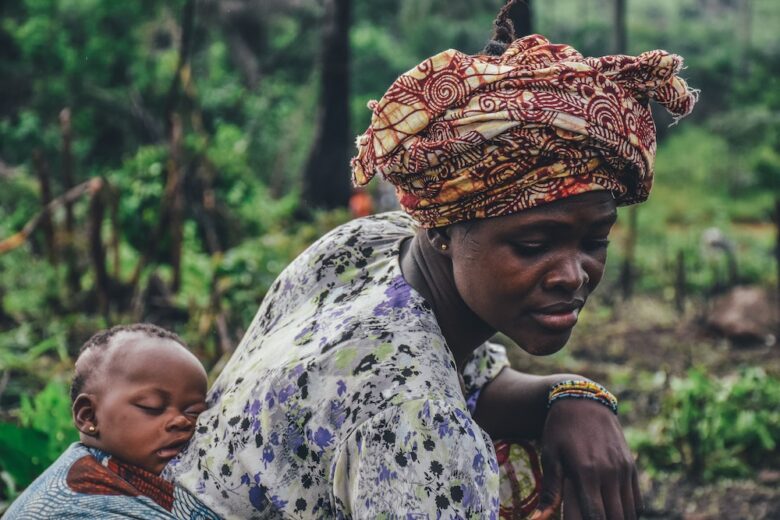 In developing countries, women produce up to 80% of all food. According to FAO, women also make up 47% of the global agricultural workforce.

However, female farmers all face prejudice and restrictions in access to resources. As in other areas, equality in agriculture will increase production and bring the farming of crops to a new level.

In much of the world, agriculture is predominantly female. It is especially true for underdeveloped countries, where most economically active women work in this sector. As of 2012, women make up 30 percent of farmers in the United States.

Gender barriers stand in the way of increasing this percentage, including lack of access to finance, agricultural training, education, land, and markets. In addition, women are at a significant disadvantage due to unacceptable working conditions and unequal treatment.

Land rights are one of the main obstacles, as in some parts of the world, women do not have the legal right to own land. Without the ability to make the decisions on land, female farmers cannot enter into contractual agricultural agreements. It means that women in agriculture cannot receive high earnings, and access to reliable sources of income is closed to them.

In developing countries, there are also barriers related to gender roles. Women in such countries cannot take their crops to the market and even leave the village without their husbands’ consent. In the United States, female farmers do not face these restrictions, but gender bias in the agricultural sector is still strong.

Even as farm managers and decision-makers, women are faced with the fact that their colleagues prefer to deal with work issues with male farmers. According to FAO, gender bias is responsible for the 20-30% lower yields on female-run farms. Due to an innate gender bias, access to credit for women is also limited.

Smallholder female farmers cannot borrow money in many developing countries. For this reason, female farmers often do not have access to cutting-edge tools to improve yields and improve sustainability.

Influential and inspiring women in agribusiness

Raquel is a tropical biologist. Her husband’s family owns a farm where they moved together after a woman became interested in agroecology and sustainable agriculture. Raquel successfully applies her knowledge and expresses her love for the environment, developing a sustainable farm. The main products that Massa Organics produce are rice and almonds. She also maintains a diverse ecosystem for pigs and sheep.

Together with her husband Craig Ramini in 2008, Audrey Hitchcock founded the Ramini Mozzarella brand 14 years ago. This brand is one of the few in the US to offer handcrafted buffalo cheeses. In 2015, Audrey’s husband died tragically, and she is in charge of farm management and food production. Fascinatingly, this woman farmer maintains a herd of 70 water buffaloes, many of which have the names of her favorite female rock stars. For example, you can meet Joan Jett at the farm in Tomales.

Marsha’s farm started with one acre and one woman who wanted to do something useful for the local community and strengthen the bond between town and country. This farm is now wholly diversified and employs about a dozen people. Marsha notes that she would like to continue developing but keep the farm not too large to know every acre and support her connection with her crops and people who work on the farm.

The founder of “Brooks & Daughters” worked as a food scientist, and in 1996 Corey Brooks started her cabbage growing business. Corey sells microgreens and herbs and uses clean water and organic compost to produce them. She has two daughters, after whom the company got its name. Women currently run all Brooks & Daughters farms.

The sisters were inspired to create the Point Reyes Farmstead Cheese Company by their father. Bob had been milking cows since 1959. The company was then founded in 2000. At the same time, the family released their Original Blue, which became quite famous. The company pays great attention to reducing greenhouse gas emissions and applies innovative programs to recycle and reuse water.

About 50 years ago, Gammons family started Four Sisters Farm in Aromas. The company owes its name to their four children. Their daughter Jill grows flowers and continues the parents’ work. Gammons have always adhered to organic and sustainable principles in agriculture and maintain a balanced ecosystem.

The history of Tierra Vegetables Farm began in 1980. The farm in Sonoma offers various vegetables, including the fancy chili, which Lee and her staff use to make hot sauces. In agriculture, Lee appreciates the freedom of her actions and a chance to be her own boss.

To start farming, you need some knowledge of the climate and soil in your area. It is necessary to understand what crops you can grow, build an effective irrigation system, what technological tools you will need, and much more. Take some soil samples from your farm and send them to the laboratory. You can test the soil and determine its content for accurate information. You can start selecting crops to plant after getting information about pH level, salinity, nutrient content, and other information.

Conduct market research and find out what is in demand in your area. Of course, you can only grow what you like, but you can also cover the local community’s demand. This way you can make a profit and save on long-distance transportation.

Drawing up a business plan will also be an essential step at the journey’s beginning. First, it helps you evaluate your actions and set clear goals. Second, it will give you access to funding.

Overcoming barriers and prejudices is extremely important today. The demand for food increases with the growth of the population, and equal treatment helps to increase production. Despite all the limitations, there are still examples of inspiring female farmers worldwide who are contributing to the development of agriculture and a sustainable future.

Last updated on Feb 3rd, 2022 by Hannah Martin
We use cookies on our website to give you the most relevant experience by remembering your preferences and repeat visits. By clicking “Accept”, you consent to the use of ALL the cookies. However you may visit Cookie Settings to provide a controlled consent.
Cookie settingsACCEPT
Manage consent