Are you at risk of the Four Horsemen of the Mandated Return to Office? 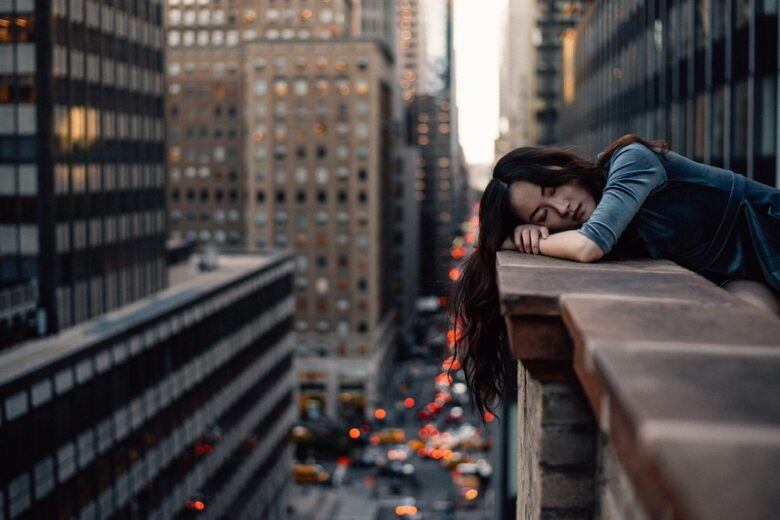 Is your business at risk of the Four Horsemen of the Mandated Return to Office? Find out why forcing employees to return to the workplace could be an expensive mistake.

As increasing numbers of companies are requiring employees to return to the office for three to five days per week this fall, they’re running into the buzzsaw of what one of my clients called the “Four Horsemen of the The Four Horsemen of the Mandated Return to Office” – challenges with resistance, attrition, quiet quitting, and diversity.

The Four Horsemen stem from the fact that workers who are capable of working remotely prefer to do so for most or all of the time.

For example, an August 2022 Gallup survey of remote-capable workers shows that 34% of respondents want to work full-time remotely, 60% want to work a flexible hybrid schedule, and only 6% want to work in a traditional office-centric setting.

A June 2022 McKinsey survey of all workers, remote-capable and not, provides further context on preferences for hybrid work. It found that 32% of respondents want to work full-time remotely, 10% want to work remotely four days a week, 16% three days a week, 18% two days a week, 13% one day a week, and 13% prefer full-time in-office work.

So over half of all respondents want to work less than half the time in the office. And a September 2022 survey from the School of Politics and Economics at King’s College reported that 25% of respondents would quit if forced to return to the office full time.

No wonder that workers facing return to office mandates show resistance, the first of the Four Horsemen. For example, the leadership of Apple required its employees to come to the office three days a week. While Apple employees are not known for stirring trouble, in this case 1,000 employees signed a petition requesting more flexibility.

GM announced in a message on Friday September 23 that all salaried employees would have to return to the office three days a week. The message sparked intense employee backlash, leading to GM walking back its requirements and delaying any required return to office to next year.

In a September 2022 survey, Gartner found that only 3% of companies would fire noncompliant employees, and only 30% would have HR talk to those who don’t show up. No wonder that large US banks trying to force employees back to the office are meeting with high rates of noncompliance of up to 50%. And many other employees are showing up for a part of the workday, from 10 to 2 PM.

Given this resistance, some workers simply quit, joining the Great Resignation, making attrition the second of the Four Horsemen. That includes top-level executives: Ian Goodfellow, who led machine learning at Apple, quit in protest over Apple’s mandated return to office of three days a week.

It also includes many rank-and-file staff, with publications featuring the stories of employees who quit rather than returning to the office for three to five days per week. Or consider a National Bureau of Economic Research paper about a study at Trip.com, one of the largest travel agencies in the world.

It randomly assigned some engineers, marketing workers, and finance workers to work some of their time remotely and others in the same roles to full-time in-office work. Those who worked on a hybrid schedule had 35% better retention.

Even finance, the industry leading the charge for returning to the office, suffered significant churn. European banks, which offer more flexible hybrid work policies, are using these to hire talented staff from the less flexible US banks.

Smaller and more flexible financial planning firms are headhunting financial planners in larger and less flexible companies. Even bankers at the top banks, like JP Morgan and Goldman Sachs, are leaving due to the return to office requirements.

Perhaps even more dangerous than resistance and attrition is the third of the Four Horsemen, quiet quitting. That term refers to employees psychologically disengaging from their work, and doing just enough to get by without getting in trouble. Quiet quitting can be worse than the much more obvious resistance or attrition, since quiet quitting rots a company’s culture from within.

A September 2022 survey by Gallup found that such quiet quitters make up about half of the US workforce. Forcing employees to come to the office under the threat of discipline leads to disengagement, fear, and distrust, according to Ben Wigert, director of research and strategy for workplace management at Gallup.

By contrast, employees feel gratitude to companies that give them more flexibility and show trust: as one such employee said, “if my company is going to come in and give me this flexibility, then I’m going to be the first to give them 100%.”

Indeed, research by Stanford University even before the pandemic found that workers who spent 4 days a week working remotely were 9% more engaged than in-office staff. Gallup finds that “the optimal engagement boost occurs when employees spend 60% to 80% of their time – or three to four days in a five-day workweek – working off-site.”

A June 2022 Citrix survey finds that 56% of fully-remote workers feel engaged, but only 51% of in-office employees do so. The evidence is backed up by a CNBC survey from June 2022, which found that 52% of fully remote workers say they are very satisfied with their jobs, compared with 47% of workers working full-time in the office. No wonder, then, that mandates forcing employees to come to the office result in quiet quitting.

Another Future Forum survey found that 38% of Black men wanted a fully flexible schedule, but only 26% of white men. The Society for Human Resource Management found that half of all Black office workers wanted to work from home permanently, while only 39% of white workers did so.

Why do we see this difference? It’s because Black professionals still suffer from discrimination and microaggressions in the office, and are less vulnerable to harassment in remote work. Similar findings apply to other underrepresented groups.

Evidence shows that underrepresented groups are leaving employers who mandate a return to the office and are fleeing to more flexible companies. For example, Meta Platforms offers permanent fully-remote work options.

By doing so, Meta found, according to Sandra Altiné, Meta’s VP of Workforce Diversity and Inclusion, that “embracing remote work and being distributed-first has allowed Meta to become a more diverse company.”

For example, in 2019, Meta committed to a five-year goal of doubling the number of Black and Hispanic workers in the US and the number of women in its global workforce. Thanks to remote work, Meta’s 2022 Diversity Report shows that it attained and even outperformed its 2019 five-year goals for diversity two years ahead of its original plans.

While Meta’s diversity goals are benefitting from remote work, other companies that offer less flexibility have DEI staff ringing alarm bells about how the desire for remote work among underrepresented groups threatens diversity goals. After all, the workers who are going to Meta are coming from somewhere, right? Underrepresented groups are joining the Great Resignation in greater numbers in the context of the mandated office returns.

In working with my clients who wish to bring their employees back to the office to slay the Four Horsemen, I find a combination of strategies to be crucial. Before launching an office return, we consider compensation policies.

A September 2022 survey by Goodhire found that 73% of workers believe companies should pay in-office workers more than remote workers. Indeed, research by Owl Labs suggests that it costs an average of $863/month for the average office worker to commute to work versus staying at home, which is about $432/month for utilities, office supplies, and so on.

That data helped my clients develop a fair compensation plan that paid staff a higher salary if they spent more time in the office. Doing so helped address the first two Horsemen, resistance and attrition.

Some of my clients even used that policy as a simple yet effective incentive to nudge most of their staff to return to the office in a way that minimized resistance and attrition, while saving significantly on payroll for the small minority who chose to work remotely.

Addressing quiet quitting required a range of techniques. One involved working on improving culture and belonging, such as retreats with fun team-building exercises. Another centered on helping staff address burnout, such as by providing mental health benefits. Finally, it helps if employees feel you care about their professional development: upskilling pays off.

To help prevent diversity losses, as well as facilitate underrepresented groups getting promoted, it’s valuable to create a formal mentoring program with a special focus on underprivileged staff. That means providing minority staff with two mentors, one from the same minority group and one representing the majority population.

Doing so offers the minority mentee a diverse network of connections and experiences to draw on among both minority and majority staff. It provides mentees with the implicit knowledge and relationships they will need to advance, while the fact that each mentee has two mentors lightens the load on each mentor and makes the workload manageable.

So if you are committed to returning to a mostly or fully in-person workforce, remember that you need to watch out for – and defeat – the Four Horsemen. Make a plan in advance, and determine how you will overcome these problems before they threaten the success of your return-to-office plan.