Six ways you can be a better person (starting right now) 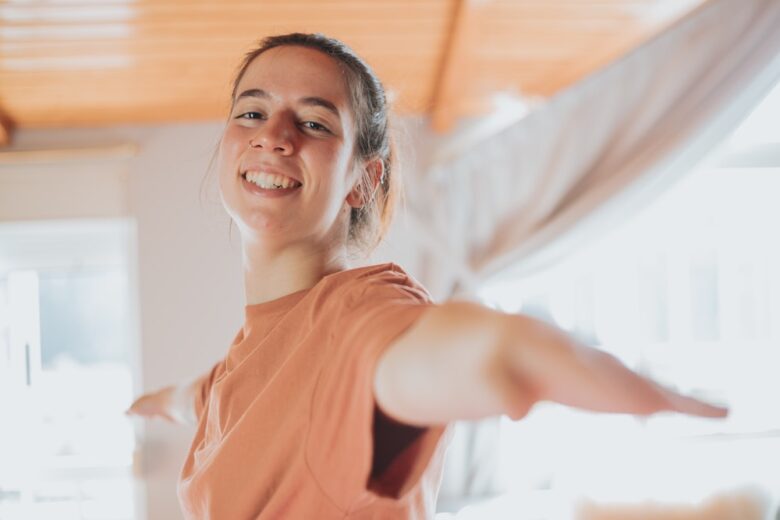 Being someone most people would see as a good person is something everyone would say they strive for.

But wanting to be a good person is one thing; actually doing the work to make it happen is another matter entirely. After all, people are hard-wired to put themselves first most of the time, and that can be a tough habit to break.

If you are looking to improve yourself, here are six ways anyone can take that pursuit to the next level, effective immediately.

1) Say what you mean, and do what you say

Good people do more than keep their promises. They take the act of giving someone their word super seriously, so there’s little they won’t do to keep it. They know how flaking on an obligation can affect those who were counting on that person to follow through.

So the first step you should take if you want to be a better person is to adopt this attitude toward personal integrity. Say what you mean when you talk to people, and always do what you say you’ll do no matter what.

This is a particularly important quality if you are a leader, as your team will struggle to trust and respect you if you do not follow through.

Nobody is perfect, not even genuinely good people. Everyone makes mistakes and has flaws. And everyone screws up sometimes. But what differentiates good people from everyone else is their willingness to not only own up to their shortcomings but to admit to having them in the first place.

A good person understands how crucial self-awareness is, and it’s a quality they work very hard to cultivate in themselves.

Self-aware people not only try to understand themselves but use what they learn to help other people better understand them, as well. They also work hard to improve on their weaknesses and do better – always.

Everyone has heard the expression, “You can’t truly love others until you learn to love yourself.” And that’s really quite true. Genuine love isn’t something you can fake. It comes from within.

There are several signs you need to love yourself more if you don’t already, and if you’re serious about becoming a better better person, it’s crucial to practice healthy self-love.

So it’s officially time to treat yourself the way you would anyone else who matters to you. Accept yourself unconditionally, and then learn to love yourself as you are.

4) Stop gossiping about others

Everyone knows what it’s like to find out someone they thought they could trust has been gossiping about them behind their back. It hurts so badly and feels so much like a betrayal because that’s precisely what it is.

Gossip may feel weirdly good in the moment, especially if you tell yourself you’re doing it out of worry or concern, but it’s also one of the most destructive habits a person can have.

A good person doesn’t talk about other people behind their backs. It doesn’t matter if what’s being said is true or false. Being a good person means not only not gossiping yourself but also refusing to participate when someone else is doing it. Try sticking up for that person instead. It will feel infinitely better than gossip ever could.

5) Get involved when you can

Good people do more than talk the talk when it comes to caring about other people. They know words aren’t worth much if they aren’t backed up by concrete actions, so they’re more than willing to roll their sleeves up and get involved. Someone who is interested in being the very best person they can be won’t hesitate to do the same.

So consider devoting some of your spare time to helping others and making your community a better place.

Volunteer at a hospice, a food bank, or a homeless shelter for some firsthand experience in how good it can feel to help those less fortunate. Reach out to a lonely neighbor or check on a friend who’s been having a hard time. Offer to help someone who needs you, and mean it.

6) Be willing to forgive others

Good people are just as prone to feeling hurt, upset, or angry as anyone else. But they also understand that people make mistakes and that loved ones deserve a second chance. They also realize that holding a grudge doesn’t do anyone on either side of that equation any good.

If someone good person loves wrongs them or upsets them, they don’t retaliate or respond by holding a grudge. They always sticks up for themselves, but they also remains open to forgiveness. They understand that even when someone may not deserve forgiveness, it’s better to let go of anger and sour feelings than it is to hang on to them. Try it, and see for yourself!