Why IS there a gender pay gap? And what can we do about it? 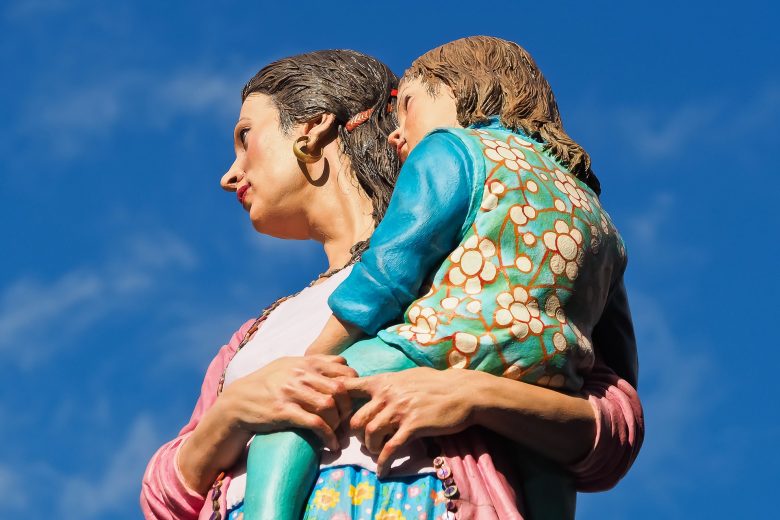 Are YOU earning an equal amount to a man in the same position? Find out why society creates barriers for women’s earning potential, and what we can do about it.

We hear a lot about the gender pay gap, especially around the time of equal pay day. But why do we earn less than men? And what can we do to help the next generation of women enjoy fairer pay?

Kristen Pessner, Global Head Human Resources at Roche Diagnostics and presenter of the brilliant TED Talk Are you biased? I am has kindly allowed us to republish this blog, which originally appeared on Empowered Women.

A pragmatic look at the gender pay gap

Let us talk about the gender pay gap. ‘Women make 77 cents to a man’s dollar.’ This statistic about pay is often quoted in the United States.

The vast majority of people reading this live somewhere else, of course. But since close to half of the US workforce is female, let us take the US as a starting point for what ‘good’ ought to look like in terms of employing women.

Yes, women generally earn less than men do. However, if we dig a bit deeper, there are other factors that come to play when we say that ‘women make 77 cents to a man’s dollar’. In part, this is also because women disproportionately self-select themselves into jobs that allow for a higher degree of flexibility. These are the jobs that pay less. 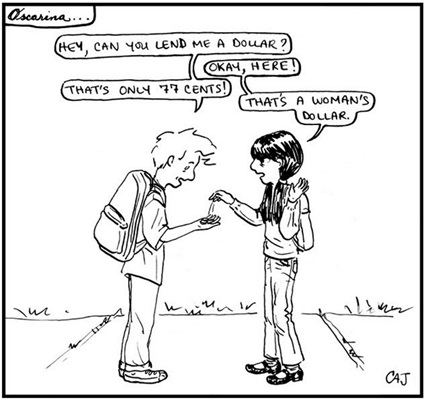 Some might then conclude: “Oh, so there is not really a gap. So nothing is wrong.” Yet I believe something is very wrong.

Let us face it: it is not good for the US or any other society if half the population is, on average, paid substantially less, whatever the reason might be.

Like most topics that touch on women in the workforce, however, it is of course complicated. Lots of things go into the mix that ends up with women, on average, making significantly less than men.

Consider, for instance, that our education system and society systematically pushes girls and women away from studies with higher pay-potential like math or science, and the US is not alone in this.

Research in Israel – which, experts suggest, has a broadly comparable education system to that in the US – showed how girls outperformed boys when their math and science papers were graded anonymously. And yet boys were given better grades for the same papers than girls when the markers knew their names, and so their gender.

Our society systematically pushes women towards lower paying jobs. Or, to look at it the other way about, undervalues fields where women are well-represented.

When women enter previously male-dominated jobs, the pay and prestige of those occupations slips; just take a look at PR, advertising and psychology.

Society also systematically creates significant barriers for women’s earning potential at work. So, when women negotiate hard for pay, they then pay the penalty of being seen as difficult to work with. From that point on, they are unlikely to be offered further opportunities to advance professionally or financially.

While women are sometimes blamed for their lower salaries because they do not ask for a raise as a man would, there is much evidence to show that women who do ask face a very real risk of being perceived negatively – by both the women and the men they work with.

Looking at these factors, it would be easy to come to the conclusion that, while this situation might be unfair, it is too complicated to address: ‘it is hard to fix society, so….time to give up.

’Yet, I believe each one of us should be asking ourselves what we can do to make a difference.

As a global HR executive and a mother of four children, I have got my hands full. As have many of you. So I am big on pragmatic approaches that make it possible for us all to grab onto something doable.

When I asked my husband how he decided to study chemical engineering in school, he said that was the advice he was given ‘because engineers make a good living’. How many girls and women are getting this kind of advice? I know I never did.

Most girls and women I know are, at best, advised to do something they like or that will ‘make them happy’. Doing something you like is undeniably good advice, but if women are not also told from an early stage how they can maximise their earnings in adult life, it should then come as no shock to anyone that women make less than men.

Let’s start talking to girls about maximising their earning potential

So my pragmatic suggestion for making a difference is that we start talking with our girls and women about maximising earning potential, the same way we talk to our boys.

Girls and women should get exactly the same information about how their earning potential is affected by their education choices; their career choices; the trade-offs they might make to leverage working flexibility and work-life balance; and in pay negotiations.

Let us each also take the pragmatic step of encouraging ourselves and the girls and women we interact with to factor pay maximization into our decisions. And let us start to close that gap.

Want to hear more from Kristen? You can watch her TED Talk here: