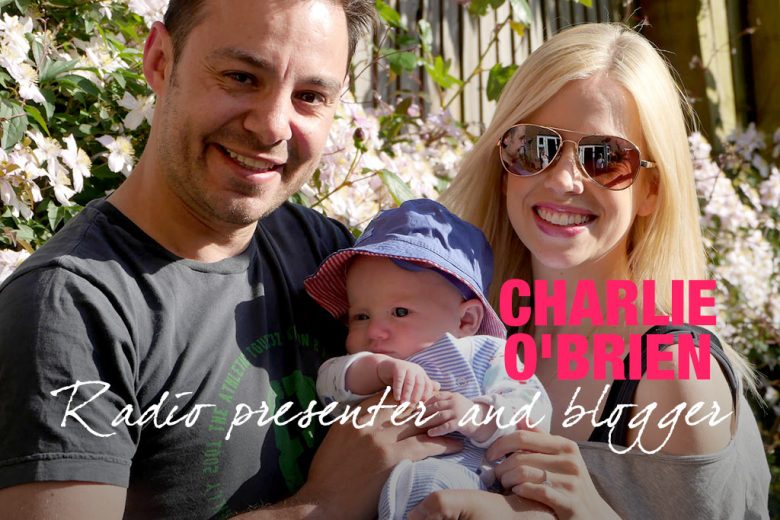 Radio presenter and vlogger Charlie O’Brien is one busy woman! As well as being mum to five-month-old Noah, she produces a vlog with her partner JK, vlogs for Channel Mum and presents and produces a weekly worldwide radio show, The Couple and Co with JK.

Charlie also writes her own blog, RealGirlRamblings and blogs weekly for Babycentre. We find out why (and how!) she does it.

How did you launch a career in broadcasting?

My ambition was always to be a journalist – and I initially wanted to work in print. During my degree in Communications at Leicester University I became features editor on the uni newspaper and also contributed to other student magazines.

I became interested in broadcasting as well so applied to City University in London to do a postgrad in Broadcast Journalism and was accepted. During this time I did placements at Virgin Radio (now Absolute) and Capital Radio on their news teams. I then started freelancing at a little station called Time Fm, reading the news in between shifts doing admin for the NHS!

I also freelanced at ITV and Channel 5 news. This led to my first proper staff position at Invicta Fm in Kent which later became Heart radio. I worked my way up to Regional News Editor but later caught the presenting bug and went on to co-present the breakfast show for four years. And I have never laughed so much as I did during that time!

What’s been your career highlight to date?

God, there have been tonnes. From introducing Olly Murs onto stage in front of a crowd of thousands to announcing my pregnancy on air to my listeners and being nominated for a top award.

But receiving an invitation to a posh event from the QUEEN was pretty cool. Ok, I doubt she wrote it herself but it still made me very excited. I meant to hang onto that forever as a keepsake but accidentally threw it away when I moved house. Damn it.

You’re currently on maternity leave. When do you plan to return to work?

My maternity leave is ‘self imposed’ if you like. At this point in time there are no discussions about me returning to the breakfast show that I was working on so I am looking for new radio/TV opportunities. Noah is coming up to five months old. In an ideal world I’d like to be at home with him for the first year. But we’ll see what happens! 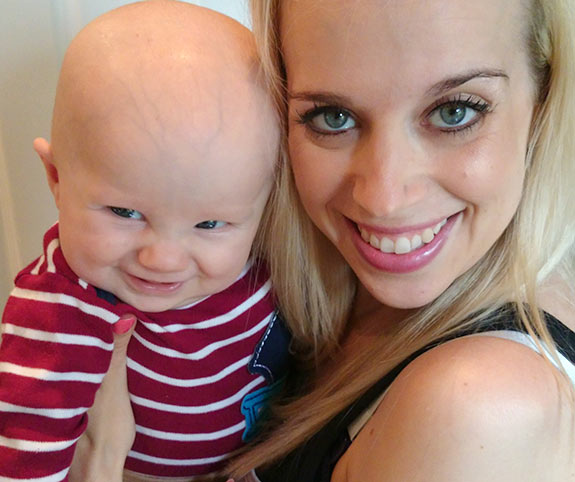 Your partner JK is also a radio presenter. How did you meet?

Twitter! What a modern day social media cliché! Jay was working at Heart South Coast and I was at Heart Kent and we were both doing the breakfast shift.

One day out of the blue he tweeted me ‘hey fellow early bird, how are you?’ What a flirt. And the rest is history! We moved in together after three months, now have a son and are getting married next year. Thanks Twitter. We plan to have the blue bird symbol incorporated into our wedding somehow!

You’ve remained busy since becoming a mum – blogging, vlogging and presenting and producing a weekly worldwide radio show with JK called The Couple and Co. Is it important to you to stay working, and why?

Working is a HUGE part of who I am. I’ve worked since I was 15 years old and can’t imagine just stopping. Being a mum is by far the hardest job I’ve ever had and it is 24/7.

But I like to keep the other half of my brain (even though baby brain has taken over!) alive with the things that I love and that interest me. Although you inevitably change when you have a baby the things that you love don’t change. You just have to find new ways to slot them into your life.

What do you love about your career?

Talking to people! My mum says I was born talking and I haven’t stopped since. Being on a breakfast show was a huge privilege because I got to talk to people busy in their own lives every day.

Blogging is the same. I like to reach out to people through shared experience – whether it’s talking about walking around with baby sick in my hair or writing openly about our struggles to have a baby.

And what would you change if you could?

In an ideal world I’d encourage the media world to be more receptive to looking after women who’ve started families and still want to work. I think a lot more could be done. Working mums are hugely valuable to the workplace and society as a whole. Of course I’d also make more hours fit into the day. Wouldn’t we all?!

Does being a mum feel like you expected, or has it surprised you?

It’s harder than I imagined! I don’t think you can ever really prepare for the way that you’re life will be turned upside down overnight! Especially if you’ve been used to having a busy career and being in control.

I also had no idea just how much you could love someone! It’s all consuming love isn’t it? It makes all the sleepless nights completely worth it. Even if the eye-bags tell a different story…

I love how you incorporate Noah and being a mum into your career. How important is it for you to be honest about motherhood?

VERY important. I don’t see the point in blogging or vlogging if it’s not a real portrayal of your life and the tough bits. I occasionally stumble across bloggers and vloggers who present their lives in such a perfect way.

Yes it looks all lovely and instagrammy but really?! Do their living rooms not also look like a bad version of those soft play places?! Course they do. They just don’t show that stuff. My aim is to always be honest, whatever I’m talking about. Other mums relate to that.

Where would you like to see your career in three years’ time?

Wow that’s a big question. I’d love for mine and Jay’s Youtube channel to be HUGE! I’d love to see my blog grow and flourish and to become a real influencer in the UK. I’m also working on a completely non-media business idea that I’d like to see actually happening. But who knows?

In terms of vlogging – The SacconeJolys really inspire me. How they’ve built their brand and audience from nothing to millions. They work incredibly hard every single day to achieve what they do.

I am also inspired by vlogger Hannah Maggs – her videos of her family are just stunning. I could watch her all day long. Her vlogs are like Made In Chelsea meets parenting! Another lady that inspires me is writer and author Bryony Gordon (Telegraph, The Wrong Knickers). She is just so talented and refreshingly honest. And always replies to tweets!

What one thing could employers do to make it easier for ambitious mums?

Employers need to be more flexible (I’m sure there are plenty that are already). Part time hours, job shares, time off for appointments etc. I understand that companies need to work round the clock but having mums leaving a bit earlier doesn’t need to be detrimental to a business.

Mums are amazing – the world wouldn’t turn without them. They are an asset to businesses, not a pain in the bum!

What are your tips for mums who fancy a career as a blogger or vlogger?

Just start doing it. Now. Today. That is the beauty of the internet – ANYONE can set up a blog. All you need is a laptop and passion.

If you want to vlog you just need a camera and some simple editing software. It’s such an exciting time to do this. Also get yourself out on social media. Chat to people, follow other bloggers/vloggers. Ask questions. We are all in it together. And enjoy. It’s so much fun. 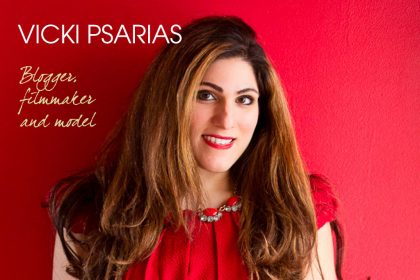 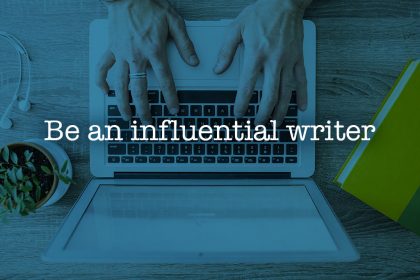 10 tools to help you become an influential writer 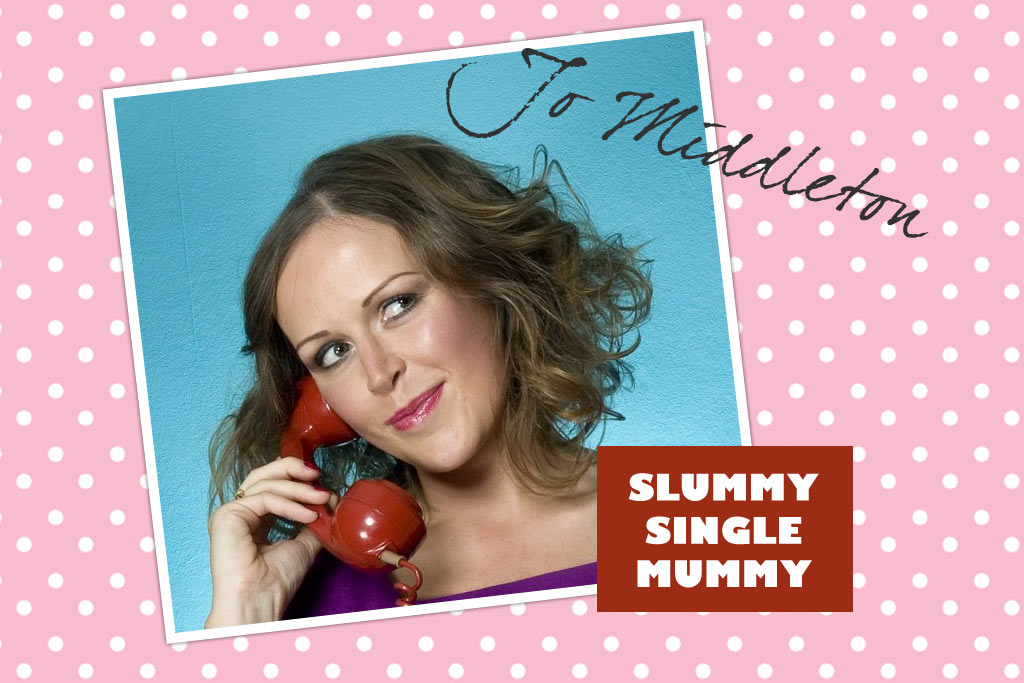 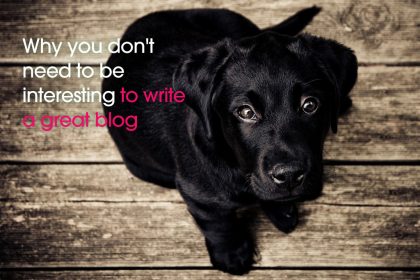 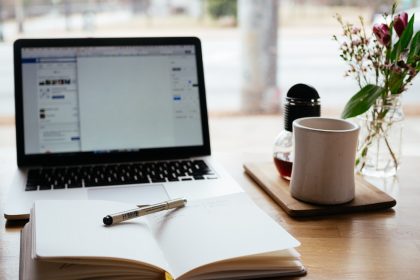 To blog or not to blog – is it a necessity in today’s digital world? 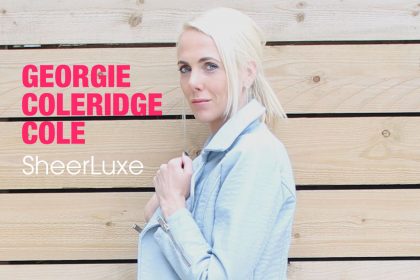