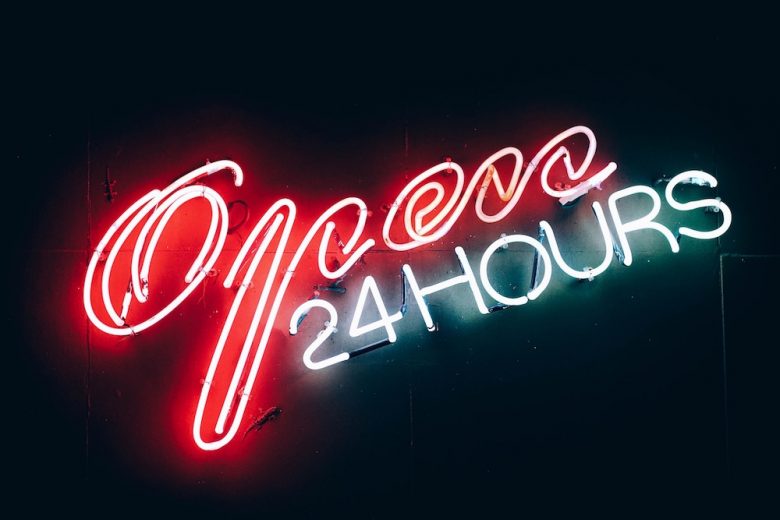 It doesn’t matter how busy you are – we all have a limited amount of hours in a day. So if you want to maximise your productivity at work, this leaves you with two choices:

Occasionally, putting in more hours is your only choice. And it may even be one you’re happy to make. But long term, no one wants to be regularly working overtime or on weekends just to get through their weekly tasks.

So we’re left with the only other alternative: to work smarter.

Before we continue, we need to make an important distinction here. We are not advocating working harder. Instead, we recommend finding ways to work smarter. To put in the same hours and level of effort (in fact, as you’ll read, you can work smarter with less effort), but work in such a way as to increase your output.

With some simple tweaks to your work habits, you can find ways to work the same or less hours, but achieve more. To help you find ways to smarten up your working practice here are some ways you can be more productive within your existing work day.

At first glance, this may seem counterintuitive: you’re supposed to be working more, not less! But what most people don’t realise that the top 10% of productive employees typically work just 52 minutes before taking a break.

The breaks they take are about 17 minutes long, which means the most productive people spend 30% of their workday on breaks.

There’s no question that taking short breaks when working on a long or involved task can be beneficial. The emotional wellbeing and productivity of employees who work without a break are known to decline.

Even just taking your lunch break can have a significant impact on your ability to perform. A North American survey found that taking a lunch break increased efficiency, job satisfaction and mental wellbeing.

So how can you ensure that you get enough work done between your breaks to maximise your efficiency? We recommend using the Focus Block technique.

Get plenty of sleep

It’s estimated that sleep deprivation costs American businesses approximately $63.2 billion each year in lost productivity. And if you sleep less than six hours per night, then you are a likely candidate for on-the-job burnout.

If you aren’t sure if you are on your way to burnout, which eliminates all productivity, it may be a good idea to take this sleep quiz. It can help you determine your likelihood for burnout, and let you know if more sleep could lead to higher levels of productivity while you are working.

If you do need to get more sleep, you’ll find helpful advice in these articles:

Use the two-minute rule

It’s a good idea to implement the two-minute rule if you want to be more productive. Interested in how it works? It’s very simple.

If you have a task that you can do in under 120 seconds (that’s two minutes), then you should just get on with it, rather than putting it off for later.

When you think about it, it makes sense. If a task takes such a short amount of time, it’s more efficient to complete it immediately. The effort of putting it off until later (realising the task needs doing, debating whether you have time to or want to do it now, deciding to put it off, and choosing when you may look at it again in the future) is often equal to, or as time consuming as simply completing the task and moving on.

So if you want to be as productive as possible at work, follow the two-minute rule and simply do any task that takes less than that amount of time.

That said, if you are constantly interrupting your flow on more involved tasks to complete a two minute job, you’re not going to get much done in a day.

So, once you’ve started a task don’t allow yourself to be distracted. This means no checking your emails, texts and certainly no social media. If you need to, switch your phone off (or put it on silent) and turn off notifications on your computer or laptop.

As tempting as it is to ‘just check’ your emails or Facebook, it’s worth following this self-imposed rule. Researchers at the University of California discovered that the typical office worker is interrupted or changes tasks every every three minutes and five seconds on average. And it takes an expensive 23 minutes and 15 seconds to get back to where they left off each time.

So don’t keep switching between tasks. Instead, minimise interruptions, and schedule time blocks in your day to check emails, texts and social media.

Did you know that the average office worker spends an eye-watering 13 days a year in unproductive meetings? No wonder meetings are considered one of the biggest wastes of time at work.

Despite this, people still happily book meetings without questioning the need for them. So what can you do? If you’re the person booking a meeting, consider whether or not the same tasks or goals could be handled via a web-based meeting, by phone, or by email. Or without a meeting at all.

If there is no option but to have a meeting, then research has shown that stand-up meetings (where everyone is standing) result in increased group participation and performance and reduced territoriality. You can also read tips on how to plan a productive meeting here.

But what if you’re not the organiser? How can you avoid being dragged into meetings that you know don’t need to happen (or you don’t really need to participate in)?

In his TED Talk How to save the world (or at least yourself) from bad meetings David Grady advocates not blindly accepting meeting invitations. Instead, if you are invited to a meeting that you suspect may not be necessary, contact the organiser. Ask them for the agenda and and goal of the meeting, and decide whether you need to be there.

If you don’t believe you have anything constructive to add to the meeting, ask the organiser why they believe they need you there. If they can’t make a convincing case, present your alternative conclusion and politely decline.

Aside from ‘I need to accept every meeting invitation I am sent’, the biggest fallacy that is robbing you of precious time to work is ‘multitasking makes me more efficient’.

The truth is that, rather than being a good thing at work, multitasking can actually slow you down. In 2009, Clifford Nass, a professor at Stanford University, decided to test the productivity of good multitaskers and bad multitaskers.

And surprisingly he discovered that, rather than being able to seamless transition between tasks, “Multitaskers were just lousy at everything”. Their real talent, it turned out, was spreading their attention on lots of different things, and not finishing any satisfactorily.

So what can you do instead? Basically stop multitasking! Pick one job, or goal to focus on, and work solely on that until you’ve completed it, or need to move onto something else. (Again, this is why Focus Blocks are so powerful.)

If you do need to juggle several tasks at once, and are reluctant to give up on multitasking completely then, as we explain at length here, there are seven ways you can work more productively without falling into the multitasking trap:

How can you be more productive in fewer hours?

We hope you found this article helpful, and that it demonstrated that you don’t need to work longer to work harder. It’s quite possible to get more work done in fewer hours with the right techniques.

So, if you’re guilty of any bad habits you’d love to give up, please do try some of the suggestions here.