Four common cow diseases and how to treat them 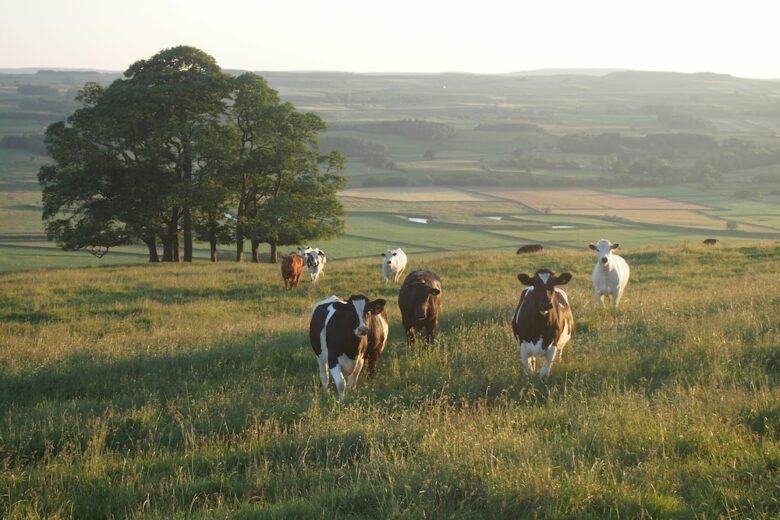 Livestock ownership, whether for commercial purposes or if you’re keeping cattle as pets, has its trials and tribulations, as well as its rewarding moments.

One struggle you must encompass if you’re responsible for cows is healthcare, and there are several common diseases that must be checked for and managed. So what are the most widespread bovine ailments, and what methods for curing them are most effective?

Feeling bloated is normal for humans, and while we can make a conscious decision to change our eating habits to rectify digestive dilemmas, cows are not so lucky. Indeed the problem of bloat is one which has its own category as an illness for this domesticated creature, and the causes are straightforward, as are the cures.

Essentially, when cows graze on fodder or out in the fields, their digestive system can become over-pressurized by the gasses created when plant matter ferments internally. This is not only painful, but potentially deadly.

It is a particular issue during the spring and into the summer, when the switch from winter feed to new growth occurs. The answer is to manage the adjustment of their diet carefully, and avoid going all-in on the overly rich sustenance, but rather do so gradually.

It’s also wise to use cow ear tags so that each individual within a herd can be monitored and managed. If they aren’t identifiable, then being abreast of health concerns like bloat is almost impossible.

The hoofs of cows have to be kept in good condition, because they are breeding grounds for microorganisms that can cause damage to the living tissue within.

The straightforwardly named foot rot is an example of this, and spotting any unpleasant secretions emerging from a hoof will single out this as being present.

Getting a veterinarian to minister to a cow with foot rot is necessary, because this won’t just clear up on its own. However, you can take preventative measures by making sure that the areas in which animals are left to graze are not overly saturated. This is because fewer microorganisms will be harbored if there’s less moisture on the ground.

Bovine respiratory disease complex is brought on by the stress and anxiety which cows and several other farm animal varieties experience during the process of being transported over long distances.

It’s essentially a weakening of the immune system in these circumstances which makes them susceptible to an infectious fever which also impacts appetite and inhibits normal breathing.

Separating the affected animal or animals from the rest of the herd and allowing them to recover in quarantine conditions is advised. It should take a few days for them to get back to normal, and they will need care and attention during this period to ensure that they do not take a turn for the worse.

Bovine viral diarrhea is another potentially fatal malady which is particularly worrying if it crops up in calves, or older animals that are not as physically resilient.

Cases are clear due to the diarrhea aspect, but can also be accompanied by other symptoms, including fevers and excess mucus being discharged from the nose.

BVD is not necessarily something you should attempt to tackle yourself, so calling in a professional vet to give their advice and treatment options is best.

Treat any problems as early as possible

If you spend any amount of time with cows, you’ll be able to spot when something’s not quite right from a health perspective. As with human ailments, it’s best to nip problems in the bud as soon as possible, rather than waiting.