Five ways to boost your productivity while working 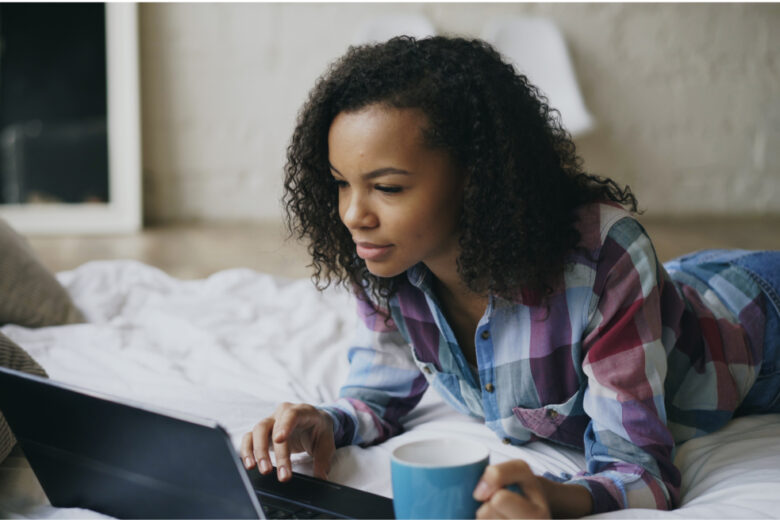 Whether you’re working from home, from the workplace, or splitting your time between the two, maintaining focus can be a challenge at times – especially if you have family demanding your attention, or you’re adjusting to being back in an office.

Distractions, your environment and stress can all play a role in your productivity. But the good news is that there are a few things you can try to help yourself stay in the zone and get things done.

Here are five ways to boost your productivity while working.

It’s possible a lot of people use music to block out distracting background sounds or simply for the entertainment value while working, but it can really help with concentration too. With the right choice of soundtrack, you can make yourself feel less stressed and stimulate your brain.

In fact, a recent study on sound found that two-thirds of people turn to music to relax. Classical music is one genre particularly known for its benefits in the workplace. The theory that classical music can help people perform tasks more efficiently has been dubbed the “Mozart effect”, suggesting that listening to classical composers can enhance brain activity and improve health and wellbeing.

Ambient electronic music is also a good choice, with several studies finding that listening to music with minimal beats and rhythms can improve performance.

Unless you’re somebody who loves the ‘cosiness’ of having a lot of things around you, you’d probably find that it’s true what they say about a tidy environment making for a tidy mind. Clutter can be distracting.

Evidence suggests that when multiple visual stimuli are competing for your attention, you have a harder time narrowing your focus, making it trickier for you to stay on task. Plus, an untidy environment can increase stress for a lot of people.

By de-cluttering your workspace you can help yourself feel more organised, make it easier to find what you need without the need to rummage around, and create a calming space.

You might think that putting in a long, constant shift is the best way to get lots of work completed, but this can sometimes have the opposite effect. Sitting in the same position for too long can take its toll on your body and your mind, leading to mental and physical fatigue that can have a knock-on effect on your productivity.

Some studies by The Energy Project have found that people naturally go from full focus to physiological fatigue approximately every 90 minutes. So, make sure you take frequent breaks. Get up and move your body to re-energise and give your eyes and mind a break from the computer screen.

When you’ve got a lot on your plate it can be tempting to multi-task, and flit from one task to another. But for the sake of efficiency and getting each job done to the best standard, this is a habit best avoided. Each time you move from one bit of work to another, it’s likely it will take you a few minutes to figure out exactly what you need to do and to get stuck in.

This is a process that ends up being repeated each time you hop from task to task, adding on time and making you lose your train of thought. Focus on one task at a time and you’ll end up getting everything done much faster and more effectively.

If background noise is your biggest disturbance while working, you might want to try popping on some white noise to drown it out.

White noise refers to an ongoing sound that involves every frequency the human ear can hear, all played randomly at the same amplitude. This could be the sound of radio or TV static, or even a whirring fan. By letting out a steady, unwavering sound, it has a masking effect on other sounds.

For a softer effect, try pink noise. This is the same as white noise, but pink noise has fewer higher frequencies, and emphasizes lower pitches. It’s considered to be the more soothing version of the two and can include things such as leaves rustling and heavy rainfall.

Of course, you can’t always be working at peak productivity, but hopefully these techniques will help you find your focus on the days you’re struggling. Now, pop the kettle on, you’ve earnt your break!

Published on Sep 23rd, 2021 by Hannah Martin
We use cookies on our website to give you the most relevant experience by remembering your preferences and repeat visits. By clicking “Accept”, you consent to the use of ALL the cookies. However you may visit Cookie Settings to provide a controlled consent.
Cookie settingsACCEPT
Manage consent