Five reasons why more women are needed in executive roles 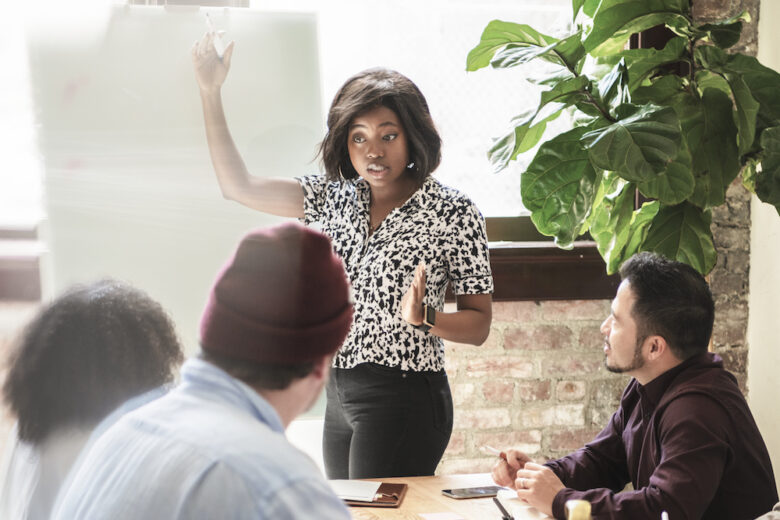 In most modern-day workplaces, equality, diversity and inclusion are strongly emphasized and prioritized.

Organizations in all different industries have come to the realization that, in order to stay innovative and competitive, they must attract a diverse range of talent. They also need to encourage an inclusive culture that allows employees of all backgrounds to maximize their potential and engage in professional development.

This is especially relevant to organizations and industries that have a history of being male-dominated, particularly with respect to leadership roles.

While awareness around gender discrimination and sexual harassment has increased, there is still progress to be made in increasing gender parity and empowering female leadership.

Gender parity ratios provide further insight into what it’s like for women in the workplace in specific industries, such as the average salaries earned by women as opposed to men. These reveal areas for improvement and intervention to create more balance.

Here are some statistics from authoritative studies on gender disparity in the workforce:

In the last few decades, there’s been noticeable stagnation in the reported numbers of women occupying executive-level and corporate positions, and the progress made in narrowing the gender wage gap has decelerated.

Some of this can be attributed to a lack of understanding on how inequality really works, and there is a wrong way of addressing gender equality issues and imbalances.

Behavioral standards are set by organizational leaders, which is why it’s crucial for them to set good examples for employees and institute progressive attitudes towards inclusion and diversity in the workplace.

This includes eradicating discriminatory gender stereotypes, especially persistent ones that are deeply and subconsciously ingrained in societal norms. These inhibit progress and restrict the growth of a company as a whole and the individual growth of its employees on all levels.

Having a diverse array of talent is a competitive advantage

Talent acquisition and retention is considered essential by most companies, and having a diverse array of talented employees with a balanced ratio of men to women is recognized as a competitive advantage and organizational asset.

There are companies that offer specialized services in talent acquisition and diversification, such as M&A Executive Search, that help clients find and recruit talented candidates to fill critical leadership roles.

This unique approach to recruitment can help companies find high-quality talent, but incorporating diversity and inclusion in the workforce is something that management needs to be held accountable for.

There are numerous documented reasons why having more women in executive and leadership roles can greatly benefit an organization, and how closing the gender gap can improve a company’s overall performance, including increased GDP and ROI.

Here are five examples of how having a higher female representation in leadership can improve corporate strategies for success.

Also known as emotional intelligence, soft skills pertain to an employee’s professionalism and manner of conducting themselves in the workplace. This includes several qualities essential to leadership, such as the ability to communicate, collaborate, and network efficiently.

According to a study by the Hay Group, a global consulting firm, women outperform men when it comes to emotional intelligence competencies.

Studies have shown that employees that come from different backgrounds contribute to an organization’s diversity of perspectives, which increases creativity and encourages alternative approaches to problem-solving and decision-making.

Based on studies and research, female representation in top management has contributed to higher success rates and average returns on equity. Under-representation of women on executive teams and boardroom committees could impede strategic and thoughtful decision-making.

According to the Global Leadership Forecast of 2014-2015, ‘gender diversity in your leadership pool means greater diversity of thought, which, in turn, leads to improved problem solving and greater business benefits.’

In the modern-day business world, trust that is built internally and externally to an organization is a highly valued commodity. Trust is damaged by unethical behavior, and this is serious impact on a company’s reputation and integrity, especially among stakeholders and investors.

According to a survey by Pew Research Center, 34% of Americans responded that women have an advantage over men regarding honesty and ethics. Based on this information, increasing the ratio of women to men in leadership can potentially improve a company’s public image and increase trust.

According to another study by the Pew Research Center, about 30% of surveyed responses indicated that women are better at being mentors and sponsors than men.

Mentorship is an essential part of career development and satisfaction, and having more mentors available from leadership roles can improve talent acquisition and retention, while incentivizing employee loyalty and boosting morale.

There has been an overall increase in women pursuing and achieving higher education degrees, which increases the need for female candidates for leadership roles. Educated employees from eclectic backgrounds are crucial for increasing innovation and growth in a company.

In order to address the challenges of gender disparity, management teams need to implement internal strategies to increase gender equality within the organization. This can include gathering data and using gender parity metrics to initiate discussions on gender inequality based on facts instead of arbitrary or biased speculation.

Another critical tactic is to disrupt a company culture that perpetuates unfair gender-based stereotypes, and instead promote gender-neutral career flexibility and opportunities for professional development.

Managers need to set well-defined and data-driven goals that include gender equality and inclusivity. They also need to provide incentives and training programs to attract male and female candidates, with equal opportunities for both genders.