Eight benefits of yoga for women 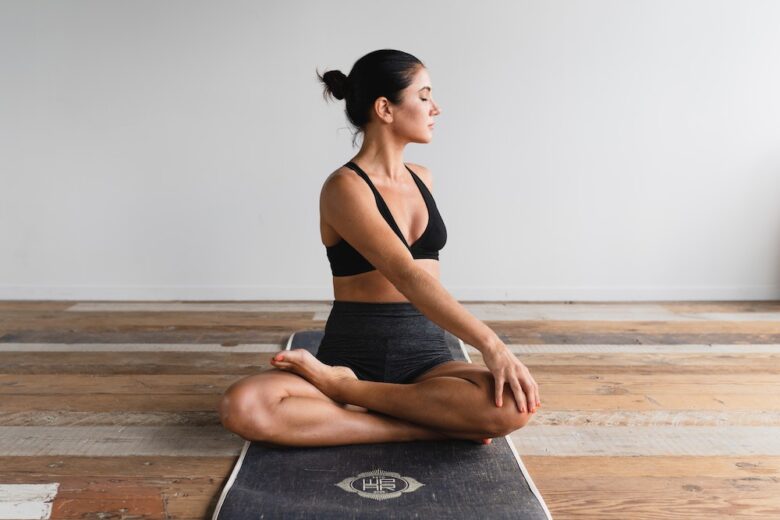 According to a national survey conducted in 2017, one-seventh of the adult population of the US practiced yoga at least once in the preceding year. Out of this, at least 72% of yoga practitioners in the country are women. So, you can imagine how popular yoga is among women.

But does yoga actually benefit women in particular?

It certainly does – from relieving menstrual cramps to reducing stress, yoga works miraculously to help solve common mental and health problems that women of all age groups face every day.

Read on to learn more about the eight benefits of yoga for women of all age groups, and get ready to bring out your favorite yoga mat which has been gathering dust in the cupboard!

The benefits of yoga for different age groups of women

A woman’s body experiences change, both physically and mentally, as she undergoes various stages of life. If we were to divide a woman’s life in four main stages: adolescence, youth, middle-age and old age, her physical and mental needs are different.

Yoga helps women of different ages in different ways. We have studied various benefits of yoga and tried to combine them by age groups.

According to Harvard Health Publishing, it has been observed that yoga develops inner awareness in young girls.

Yoga makes women less critical and more accepting of their bodies, which is a common issue amongst teenage girls.

With self-awareness and understanding of their bodies, young girls can become confident and compassionate ladies in the future.

It is essential to learn about taking care of one’s mental health from a young age. Most girls aren’t taught about it, so it is necessary to sensitize them regarding the same.

There is thorough evidence in the medical world that yoga has helped people suffering from anxiety and severe depressive episodes.

According to a 2021 study on more than 200 participants, it was observed that kundalini yoga improved symptoms of generalized anxiety disorder. We must add here that it was less helpful than other therapies such as cognitive behavioral therapy.

Several school-based yoga programs are being introduced in the US to help young girls cope with physical and mental challenges in life.

3) Yoga is a proven way to lose weight

As per a 2016 review, it was observed that individuals who were overweight before practicing yoga reported an average weight loss of over 26 pounds. Clinical trials have also shown how good yoga can be in reducing key markers of obesity.

Nearly 40% of American women in the age group of 20-39 are obese. Once young girls cross teenage years, they develop the confidence of an adult and slowly step into the world of womanhood.

During this time, their metabolism starts slowing down, and many start worrying about their weight. While weight gain has little to do with appearance, society at large connects it with physical beauty. Though we do not encourage this connection, it is true that obesity is linked with several other problems such as diabetes, heart disease and stroke.

Women in this age group should be particularly focused on managing their weight. This is because work related pressures, economic independence, increased stress and a lack of awareness regarding health issues all intersect at this age to enhance propensity of weight gain.

4) Yoga is recommended for pregnant women

When practiced under the guidance of a trained yoga teacher and on the advice of a medical professional, yoga is a good physical activity for pregnant women.

Studies have shown the positive effect of yoga on pregnant women. These include: relief from labor pains, reduced anxiety and stress symptoms and reduced postpartum depression symptoms.

Yoga also boosts strength, enhances controlled breathing (a must during contractions), and reduces back pain and nausea, amongst other problems that otherwise cause prenatal discomfort.

As women start getting closer to 40, they start to experience pain in different parts of the body. The most common areas include the lower back, neck, shoulders, knees, etc.

Yoga is a proven method to relieve lower back pain, knee conditions, neck problems, and other painful conditions in the body. As per a 2017 review, 188 participants observed the effects yoga had in providing relief from intense neck pains and disabilities.

Another 2018 report, published by the Agency for Healthcare Research and Quality, revealed that more than 1400 participants experienced relief in their lower-back pain, both in the short and long term, resulting from practicing yoga regularly.

Another 2017 study published in the International Journal of Women’s Health and Reproduction Sciences showed how effective yoga can be in relieving several symptoms related to PMS.

According to a 2015 study published in Workplace, Health and Safety, nurses who practiced yoga sessions every week for eight weeks showed significantly fewer signs of burnout than those who didn’t perform any yoga exercise.

Yoga contributes to lowering burnout rates in the modern world, but it also helps reduce stress, aggression, and hostility towards others, and it keeps up a good mood in middle-aged women.

As women age, their bodies become prone to contracting chronic diseases, such as cancer, asthma and cardiovascular problems.

According to studies, yoga is considered beneficial for cancer patients, not because it lessens the pain but keeps the mood up and relieves anxiety.

According to a 2016 review, yoga also reduces symptoms of Asthma and also improves the quality of life. The study was conducted on more than a thousand people to get the results.

You may be surprised to know that the risk of osteporotic fractures is 40-50% in women, whereas it is merely 13-22% in men. Clearly, bone health is an issue that every woman should be concerned about, especially in old age.

Yoga has proven to be quite a benefit to improve these problems in women.

In a 2018 analysis, it was concluded that regular yoga training helped 1557 patients with osteoarthritis and rheumatoid arthritis, reduce their pain and promote general well-being.

Other studies have also shown that Yoga can help reduce pain and other symptoms related to osteoarthritis patients.

Can yoga help you?

It is important to understand that yoga can also be dangerous. When starting out, you should always perform it under the guidance of a certified instructor. Again, older women and pregnant women need to understand which poses are more suited for their needs.