Three health benefits of yoga you won’t have heard about 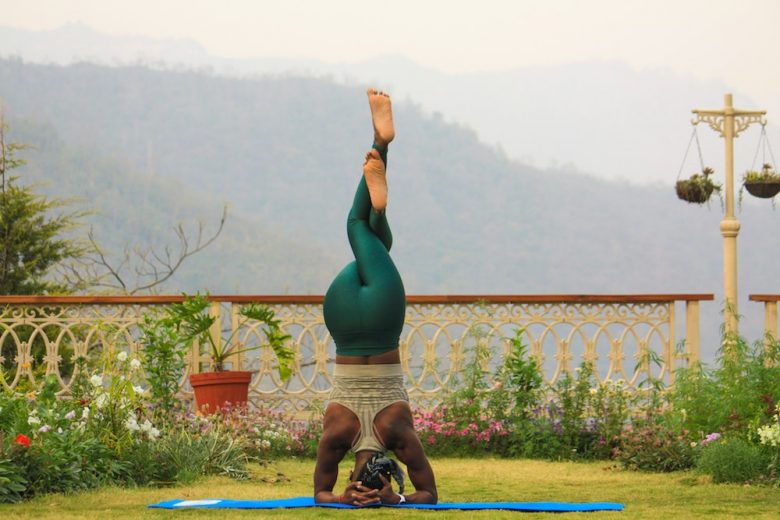 Love the idea of yoga? Maybe you’re even practising it already. Here are three health benefits you probably won’t have heard about.

Has hearing about the many health benefits tempted you to try yoga, but never been quite enough to push you to take the plunge?

While many of us know that yoga can increase flexibility and reduce stress, there are a variety of ways in which yoga can benefit us that are less well publicised – and they might just help you gain the motivation you need to begin your own practice.

Research has been conducted into the therapeutic value of yoga as a complementary treatment for a broad spectrum of health problems – as well as its benefits for a general healthy lifestyle – with the conclusions often showing real promise.

More research needs to be carried out in order to find out the extent of yoga’s positive affect and the mechanisms through which this is achieved, but there are encouraging indications that yoga can help us in a number of surprising ways. Here are four.

Many people report feeling run down after periods of high stress, chronic overwork or lack of sleep, suffering with mouth ulcers, fatigue and niggly illnesses that just won’t budge – and there is a reason behind this phenomenon.

When our body is in a stressed state (known as “fight or flight” mode), our immune system is suppressed in favour of emergency functioning – such as a higher heart rate and the release of adrenaline.

Evolutionarily speaking, this was to prepare us for a burst of life-saving action, but in our modern lives we rarely face any true danger. Instead, we find ourselves in a state of hyper-activation due to daily stresses, many of them taking place primarily within our worried minds. As it’s stress response through rumination and worry alone, it is even harder for our bodies to achieve true relaxation – a.k.a the “rest and repair” mode.

When we practice yoga, we reduce activity in the SNS and the levels of stress hormones in our system, while also releasing brain chemicals that increase our mental wellbeing – all of which contributes to a better functioning immune system.

In fact, a study from the Frontiers of Immunology suggests that mind body practices like yoga actually reduce stress-induced inflammation that can cause and exacerbate ill health.

The activation of our parasympathetic nervous system achieved through yoga helps us in a variety of ways, one of which is in the management of migraines.

During a yoga session, the PNS can lower blood pressure and slow our heart rate, which helps us to recover from the experience of anxiety and pain. While the exact cause of migraines is unknown, it’s thought that yoga may also reduce disturbances in the ANS that are associated with intense headaches.

This may be why people who took part in a 2014 study found that the frequency and intensity of their headaches decreased when yoga was added to their normal treatment plan.

As migraines can also be very stressful to live with, yoga can help people by providing a source of calm, and helping them to manage any migraine-associated distress they experience.

Experts recommend 30 minutes of aerobic exercise five times a week in order to maintain a healthy heart, and in this context yoga is considered too gentle to have an effect.

However, when used alongside these more active forms of exercise, both the British Heart Foundation and American Heart Association endorse yoga as a heart-healthy practice.

As mentioned above, yoga can lower our blood pressure, which is a hugely important part of maintaining a healthy circulatory system and reducing the risk of heart attacks and strokes.

It is also an excellent tool for stress management, and given that stress hormones narrow our arteries and increase blood pressure, the stabilisation of our nervous system can contribute to a healthy heart.

A study by the American College of Cardiology found that people combining yoga practice and aerobic exercise, such as running or swimming, saw double the reduction in high BMI, cholesterol levels and blood pressure in comparison with people who were taking part in just one or the other exercise.

Studies also suggest that mindfulness – a fundamental part of yoga – is a promising tool in helping people quit smoking (which is a leading factor in the development of many heart problems), while initial studies suggest that yoga could help to lower cholesterol.

According to Asthma UK, yoga is a beneficial practice for those who live with this condition, leading to improvements both in symptoms and quality of life. People living with asthma struggle to breathe properly, (especially when they are experiencing an acute asthma attack) but breathing exercises are a key aspect of yoga.

This may seem like a barrier at first, but yoga and coherent breathing classes help asthma sufferers to learn how to breathe deeply and find a natural breathing pattern – including when they are under physical strain through asanas. Over time, this can increase lung capacity and breathing control.

In addition to this, yoga can reduce stress (a major trigger for asthma attacks) and also help people keep calm when attacks do strike – alleviating some of the anxiety that surrounds breathing problems.

Heather Mason is a leading yoga therapist and the founder of The Minded Institute.

After spending three years in a South East Asian monastery and training as a yoga teacher, Heather came to the UK and pursued further education in psychotherapy, neuroscience, medical physiology and yoga therapy.

She now creates courses exploring the safe use of yoga for different health populations and campaigns for the inclusion of yoga into the NHS.