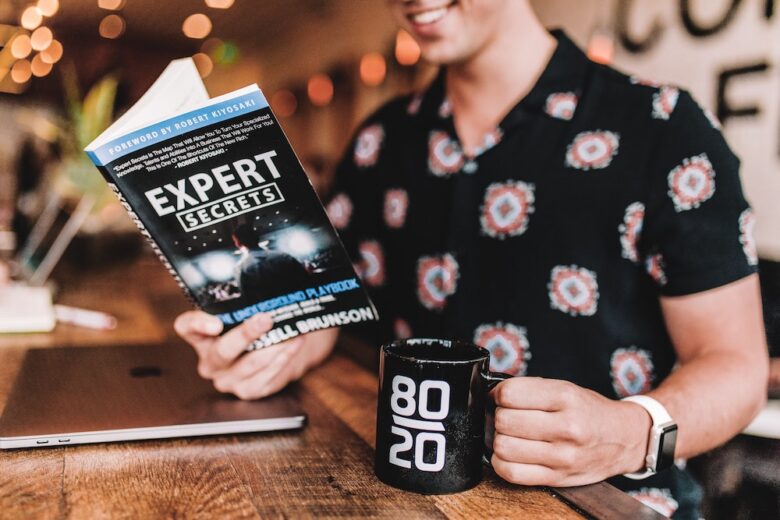 We’ve always known the REAL customers of MLM companies are the reps, making them, by definition, pyramid schemes. Find out why we now believe we have proof.

One of the big debates about MLMs over the past few years has been who the real customer is.

MLMs claim they are selling to genuine customers outside their businesses, while MLM critics like us believe that most products are bought by people who have joined the companies as sales representatives.

The difference is important, because if MLMs don’t sell to genuine customers, they are, by definition, pyramid schemes.

It is this difference that led to Herbalife being forced to pay $200 million to settle Federal Trade Commission (FTC) charges in 2016. The company were also made to restructure their business to “tie distributor rewards to verifiable retail product sales, and stop misleading consumers about potential earnings”.

In 2016, Vemma also agreed to stop “pyramid scheme practices” to settle charges brought by the FTC. Vemma were “prohibited under a federal court order from paying an affiliate unless a majority of that affiliate’s revenue comes from sales to real customers rather than other distributors.”

And it turns out, it’s not just Herbalife and Vemma who are apparently guilty of selling to their own distributors.

In a blog published in January 2023, Sylvina Consulting, a global network marketing consulting business, has come clean about what we always knew: that most of the sales MLMs have been making have been to their own sales representatives.

The blog reveals that:

“There was a time when network marketing companies sold most of their products to their independent representatives for their personal use, and this was not a problem. Back then, companies didn’t worry about having customers who were not representatives.

“Network marketing companies focused 99% of their attention on selling products or services to their representatives. The products and the income opportunity were sold together. For many years, this was a good strategy because it accomplished what matters most to companies – more representatives and more sales!”

So, to be clear, they are stating that in the past, when they were able to get away with it, network marketing companies (also known as multi-level marketing, or MLM) sold most of their products to their own sales representatives, and not to the general public.

This was clearly such a successful strategy that network marketing companies focused 99% of their attention on this. This can only mean they were more successful at this than selling to genuine customers. Which, if you follow the logic, means there appeared to be little interest in or desire for the products among the general public.

Either that or it was just cheaper and easier for them to sell to their own reps, so they didn’t bother investing in their brands or products beyond these people.

Why this makes MLMs pyramid schemes

We believe that these claims prove that most MLM companies are, by definition, pyramid schemes. To demonstrate why, let’s look at what defines a pyramid scheme.

According to the Federal Trade Commission (FTC): “In a legitimate MLM program, you should be able to make money just by selling the product.”

They also state that: “If the MLM is not a pyramid scheme, it will pay you based on your sales to retail customers, without having to recruit new distributors.”

Given the explanation in the blog that most sales made in network marketing were to sales consultants, the only possible way to make money is to recruit others and get a percentage of their purchases.

And according to the FTC, this makes an MLM a pyramid scheme.

In a speech in 1998, Debra A. Valentine, Former FTC General Counsel, said the following:

“There are two tell-tale signs that a product is simply being used to disguise a pyramid scheme: inventory loading and a lack of retail sales.

“Inventory loading occurs when a company’s incentive program forces recruits to buy more products than they could ever sell, often at inflated prices. If this occurs throughout the company’s distribution system, the people at the top of the pyramid reap substantial profits, even though little or no product moves to market.

“The people at the bottom make excessive payments for inventory that simply accumulates in their basements.

“A lack of retail sales is also a red flag that a pyramid exists. Many pyramid schemes will claim that their product is selling like hot cakes. However, on closer examination, the sales occur only between people inside the pyramid structure or to new recruits joining the structure, not to consumers out in the general public.”

The FTC isn’t the only organisation to consider MLMs pyramid schemes given the description in Silvina Consulting’s blog. In the UK, the consumer champion Which? defines a pyramid scheme as follows:

“Pyramid schemes require you to join for a fee – and the only way to get back your money is to persuade other people to join and take their fees.

“Scheme members are asked to sell goods or services through other members rather than direct to clients.”

So to sum up, the FTC says that “If the MLM is not a pyramid scheme, it will pay you based on your sales to retail customers.” Their Former General Counsel said: “A lack of retail sales is also a red flag that a pyramid exists.”

And Which? say: “[Pyramid] Scheme members are asked to sell goods or services through other members rather than direct to clients.”

So if “Network marketing companies focused 99% of their attention on selling products or services to their representatives” then we believe they are pyramid schemes by definition.

In their blog, Sylvina Consulting go on to admit that the US Direct Selling Association (DSA) lobbied the FTC to allow sales to companies’ own reps to count as “consumer purchases”:

“The U.S. Direct Selling Association lobbied hard to include in their definition of “ultimate consumer purchases” the purchases by independent representatives for personal use in reasonable quantities. While a valiant effort, this strategy was ultimately unsuccessful in satisfying the Federal Trade Commission (FTC).”

So the DSA apparently attempted to convince the FTC to change the definition of a pyramid scheme, to allow them to legally make money from the people who had joined MLMs believing they were an income opportunity.

The use of the expression “valiant effort” reveals that the author of this blog, the President of Sylvina Consulting, saw nothing wrong with selling to company representatives rather than the general public – despite this making a company, by definition, a pyramid scheme.

This confirms what we have always known since investigating the network marketing industry: the real customer in most MLM companies is the rep.

Why are retail sales so important in MLM?

There is a good reason why retail sales are so important: if all sales are to people who join the business as a sales rep, how do they MAKE money? The answer can only be to recruit people under them.

The FTC describes the fate of people who join MLMs in which you do not make genuine customer retail sales:

“Eventually, most distributors find that no matter how hard they work, they can’t sell enough inventory or recruit enough people to make money. They also can’t keep up with required fees or the inventory purchases they need to make to qualify for rewards, and they can’t earn enough money to cover their expenses. In the end, most people run out of money, have to quit, and lose everything they invested.”

“Pretend like it’s 2012 and don’t worry about having enough sales to customers who are not representatives of your company. Assume the FTC won’t come after your company. Hope they are busy going after other companies.”

So they admit that in 2012, MLMs could get away with not having enough genuine retail sales. And that today this is no longer possible because the FTC is ‘going after’ companies. This could be one reason why the MLM industry as a whole appears to be failing today.

Their third way to get more customers is:

Sylvina Consulting then reveals that “most companies” prefer these two options over motivating and rewarding sales to customers who are not representatives, and requiring customer volume in their compensation plan to get paid.

The blog also notes that “the desire is very strong to do nothing to change the business model of selling mostly to representatives.”

Who is the author of this blog?

The author of this blog is someone who knows the industry very well, and is an expert trusted by the DSA.

Jay Leisner is the President of Sylvina Consulting and an MLM compensation plan expert who has given presentations at conferences held by the US Direct Selling Association in 2004, 2006, 2009, 2014, and 2018, according to his bio.

In 2015, 2016, and 2017 he conducted workshops on compensation plan design and recognition programs for member companies of the South African Direct Selling Association.

And in 2017, he spoke at the Canadian Direct Sellers Association Meeting on the importance of recognition.

Here he is listed as a speaker at the US DSA’s Fall Conference in 2017:

He is also listed on the DSA website as a Supplier Member:

Jay Leisner is clearly approved of by the USA, South Africa and Canada DSA as a network marketing expert, and trusted to speak about compensation plans. He appears to be an industry adviser who knows the business well, and who knows how it operates as an insider.

So if he says that “Network marketing companies focused 99% of their attention on selling products or services to their representatives… this was a good strategy because it accomplished what matters most to companies”, then we believe him.

And we believe that he is, by definition, admitting that “most companies” are a pyramid scheme.

Read more about the MLM industry