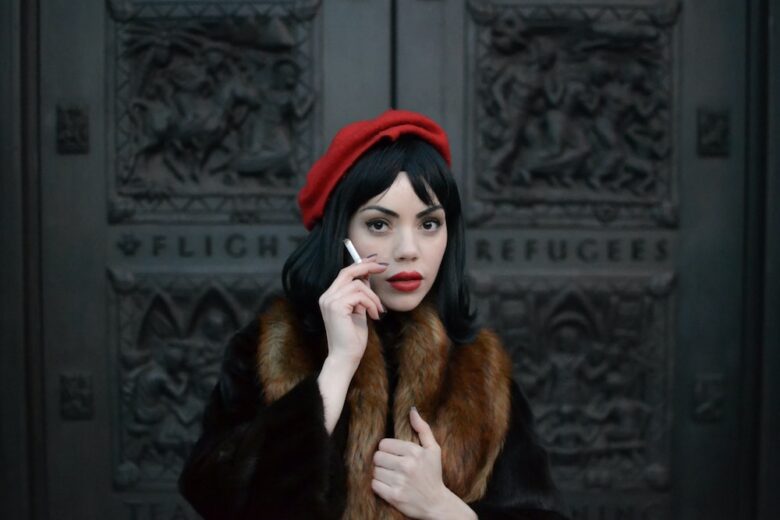 Find out why, worryingly, smoking is on the rise among woman around the world, and how to quit if you are ready to.

In the new millennium, more and more women are looking to shed their cultural inhibitions and insecurities and take direct control of their lifestyles as well as their day-to-day working lives.

How healthy that lifestyle ultimately is, is open to debate, particularly when it comes to the vexed question of smoking either at home or at work. Sure, smoking is a personal decision, a conscious choice, an exercise of free will, and all that. But those public health quit smoking campaigns are out there for a reason.

However, for many women, that choice is proving to be tricky. Increasingly, it involves acquiring the dreaded smoking habit. The proportion of women aged 25 to 34 in Britain who smoke has jumped to 22% from 20% just one year.

Of course, many people who smoke are trying to vape instead by using vampire vapes and other vaping devices, which is a positive. Vaping has proved to be healthier than smoking cigarettes, while still giving those with a habit the nicotine they crave.

As a group, amongst women, the relative risk associated with smoking is on the rise, as more women take up smoking, just as more men are taking the hard decision to quit smoking.

Female empowerment is fabulous, except when smoking is involved

What does the word ’empowerment’ really mean for women around the world? According to a United Nations Development Program (UNDP) report, the growth in smoking among women is accelerating in some countries.

This is particularly the case in countries where more women have relative income parity to men, enjoy equal voting rights, and are now working in government offices.

In half of the 151 countries the UNDP surveyed, the numbers of girls and boys smoking were similar. Evidence indicates that most of these girls will continue to be smokers as adults.

Girls often smoke in the tragically erroneous belief it is an effective way to control their weight. Moreover, research suggests that among girls, low self-esteem is associated with smoking.

Worldwide, that frightening statistic translates into 430,000 adult deaths per year. In some countries, second-hand cigarette smoke is a more deadly threat to women than if they started smoking themselves.

Right now, around 90% of the world’s population are yet to enjoy any legal protection from the harmful effects of secondary smoke. So much for smoke-free laws!

Bad news on a not-so-silent killer

Smoking harms women in different ways than it does men. Recognition that smoking is a major women’s health issue has grown. Smoking’s interaction with oral contraceptives is complex and under-appreciated. Female smokers are also more likely to experience infertility and conception issues.

Smoking during pregnancy increases the risk of premature delivery and stillbirths and may reduce breast milk. Female smokers can also experience an earlier onset of menopause. Oh, then there’s smoking’s association with osteoporosis and cervical cancer.

Of the world’s one billion smokers, an estimated 200 million are women. The worldwide tobacco industry strategically focuses on women as a means of growing its base of smokers to replace smokers who successfully quit, or who have passed away prematurely from a heart attack, cancer, emphysema, stroke or other tobacco-related diseases.

As a core target of the tobacco industry, women are recruited to smoke through advertising based on tired old gender stereotypes falsely linking smoking to our ideas of prestige, sexual attractiveness, independence, and above all else, beauty.

Women are encouraged to smoke “light” or “low tar”cigarettes often in the mistaken belief that “light” equals “safer.” So, as women’s disposable incomes rise around the world, the tobacco industry is actively ramping up its targeting activity.

Happily, many women are now looking to quit smoking but struggle to overcome their smoking triggers and those dreaded cravings.

How hypnotherapy tackles your nicotine fetish

For many women looking to take control back from their cigarette habit, hypnosis is proving to be an effective and affordable path forward.

Hypnosis taps into your subconscious mind to plant suggestions that help to suppress triggers and curb your nicotine cravings, and helping to break your smoking addiction.

What you should look for in your hypnotist

If you are seriously looking at hypnotherapy to help with your nicotine habit, there are four factors you should consider:

Used in tandem with sensible exercise and a healthier diet, these strategies ensureyou are less likely to relapse in the face of trigger situations.

The fusion of NLP and hypnotherapy can nurture rapid mind-body changes that create subconscious associations to block your smoking cravings and suppress smoking triggers.

Ready to quit smoking – and truly empower yourself?

The decision to quit smoking is always a hard one. Women are faced with many stresses and challenges in life, and for many women, smoking is a welcome relief as well as a way to keep the weight at bay.

Hypnosisis a savvy way to break your habit, particularly when you mix it with a dash of more regular exercise and a healthier diet.