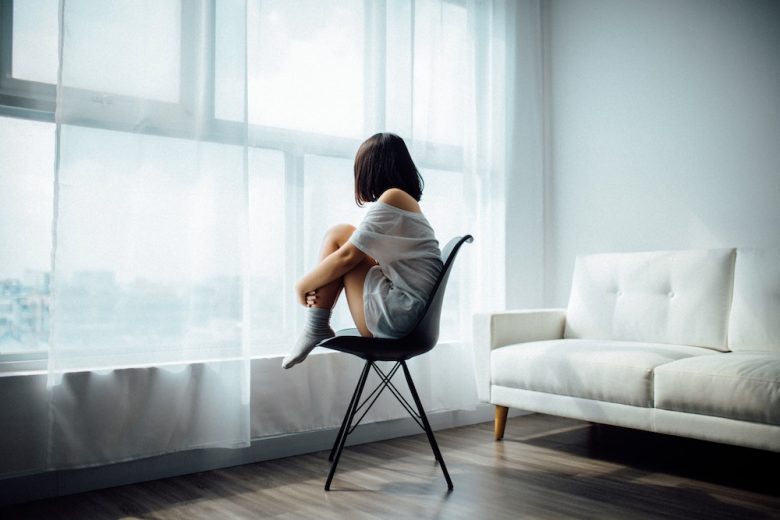 Feeling down because you’ve just lost your job? Read how one woman went from fired to flourishing – and concluded that being let go was the best thing that ever happened to her.

Ah, November is here. I’m wearing sweaters and sweatpants and eating more candy than I should, unable to keep my grubby paws off of my daughter’s Halloween loot.

I’m griping about rising heating bills and groaning at the sight of the Christmas merchandise that has popped up everywhere overnight. It won’t be long until the radio airwaves are invaded by 24/7 holiday music.

For the past few years, November has represented a time of reflection for me, a sort of marking post for assessing my life, particularly on the professional front.

It was a November day four years ago that the worst-ever work-related thing happened to me: I got fired from a job. Canned. Dismissed. Terminated. Escorted off the premises by staff security, clutching a box containing five years of office detritus in my arms.

The termination came without warning. I was called to a meeting with a VP and the HR director, presumably to discuss a new initiative I’d proposed. Instead, I was given the hatchet, as the saying goes.

No explanation was offered, I was simply asked to turn over my keys and company phone before being waved away and put under the guard of my security escort. Then I was marched through the building like a criminal, like someone on death row approaching The Chair.

It made sense at the time

It wasn’t until I submitted a claim for unemployment that I learned what the deal was. I was fired for a violation of the company’s fraternization policy because I was buying a car from the director of my department.

I didn’t have a vehicle at the time. As a single mother with a humongous student loan debt burden, it was impossible for me to raise the up-front costs of buying one.  I rode the bus to and from work.  This was an issue for the director because I was on call and often expected to come into work after-hours.  Being limited to the bus schedule made it difficult for me to respond promptly to emergencies.

To mitigate that, and to help the department run more smoothly, the director agreed to sell me an old car. It made sense to both of us at the time, but the company saw it differently. It was deemed “too personal,” and we were both fired for it.

Yes, the director also lost his job. To his credit, he did honor our agreement and allowed me to continue paying off the car during the first months of unemployment.

Making all the wrong moves

Thank goodness he let me move forward with getting the car, as hunting for a new job without a vehicle would have been… well, I can’t even imagine how difficult it would have been.

Goodness knows, it was hard enough to search for a job with that shadow over me. I’d never been fired before. Up to that point, my professional record had been immaculate.  I had no idea how to deal with having that black mark on my resume. As such, I ended up handling it poorly.

Not long ago, I read a post on an HR site that reminded me of that rough period of job searching and the mistakes I made in the effort. The author likened having a termination on your record to having a stain on your shirt.  It’s something that you want to hide because you’re embarrassed by it, because you worry what people will think.

That’s exactly what I initially did: I tried to hide it. But it was a prominent company in the community, and I’d worked there for more than 5 years.  By trying to avoid looking bad through owning the situation, I ended up making myself look worse by evading it.

Was it at least a Beemer?

I had to figure out how to get past it on my own, however. And I did, eventually. About six months into the job search, I began leading interviews with an open admission of the termination.  I just put it right out there, front and centere, before getting into anything else.

I knew it was the right tactic when the only question one hiring committee offered was: “What type of car was it?”

They wanted to know if it was at least a luxury vehicle that had cost me my job. When I revealed that it was just a rusted-out old Honda, everyone laughed. Then, on the echoes of laughter, we got to talking about my qualifications.

I didn’t get that job, but I did end up being one of two finalists for it. Even though I didn’t get the hire, that situation helped me to see that getting fired didn’t cripple me professionally. It was a stain on my shirt, sure. But it was not a stain on me. It didn’t render my skill set irrelevant or change the value of my qualifications.

From trauma to triumph

With a more optimistic attitude after that, I continued to apply for jobs and eventually secured my current gig. Without question, my position represents the best job I have ever had. And I’m almost 50 years old, with over 30 years of professional experience behind me. So that’s really saying something.

From compensation level and schedule flexibility to autonomy and company culture, my present job is far superior to my previous one. Or any other one in my work history.

Where before I was just a cog in the grand machinery of a large organization, I am now the boss in a small, stream-lined company. Where I used to have to get approval to use a certain font type in an inter-office memo, I now define all branding styles for the whole organisation. In my previous job, I had to move through three layers of management to get to a decision-maker; now I speak directly with the owner about all matters.

It’s a good situation. I have a fabulous office and a supportive assistant. And I have a great rapport with my boss, which allows me to be more productive and effective. I make the company more efficient and successful, and I enjoy rewards for that. Like annual bonuses and raises. And a company car. Yes, I have a company car now. And no, the irony of that does not escape me.

My work situation has also allowed me to pursue my lifelong dream of being a writer. It is something that I’ve wanted since I was 11 years old, yet never had the ability to pursue because of primary work demands. Yet I can chase that dream now, as my boss and overall work situation are open to and supportive of the endeavour.

I really and truly love my job. For as cheesy as it may sound, I feel blessed and full of wonder that I’ve ended up in such an amazing position. It almost feels too good to be true. But it’s not. It’s real.

In the hands of fate

The way things turned out makes it kind of amusing to look back on my termination four years ago.  At the time, it was absolutely devastating. I was literally (in medical terms) in a state of shock for over a week. Emotionally and psychologically, it felt like the worst thing that had happened to me. Ever. It felt like the end of the world.

I honestly thought for a time that I’d never recover from the blow, that I’d never again be able to secure a decent job, let alone a great one. I counted my career as essentially over, and thought I was done as a professional. I imagined myself flipping burgers or cleaning toilets for the rest of my life.

But the winds of the world are mysterious and mystifying, and life doesn’t always play out in the way we expect. What we call “Fate” often seems to be at work behind the scenes of our lives, dragging us in new directions, sometimes while we kick and scream in protest.

I won’t go so far as to claim that we all have a purpose and that the Universe will lead us to it. But it really does seem that things tend to happen for a reason.

Natasha Jones is a professional researcher, writer, project developer and educator. She has over 25 years of experience combining IT and creative skills to develop technological solutions for a variety of disciplines, from anthropology and history to human resources and property management.

Last updated on Jan 13th, 2019 by Hannah Martin
We use cookies on our website to give you the most relevant experience by remembering your preferences and repeat visits. By clicking “Accept”, you consent to the use of ALL the cookies. However you may visit Cookie Settings to provide a controlled consent.
Cookie settingsACCEPT
Manage consent