Why it’s time for women to embrace digital careers (again) 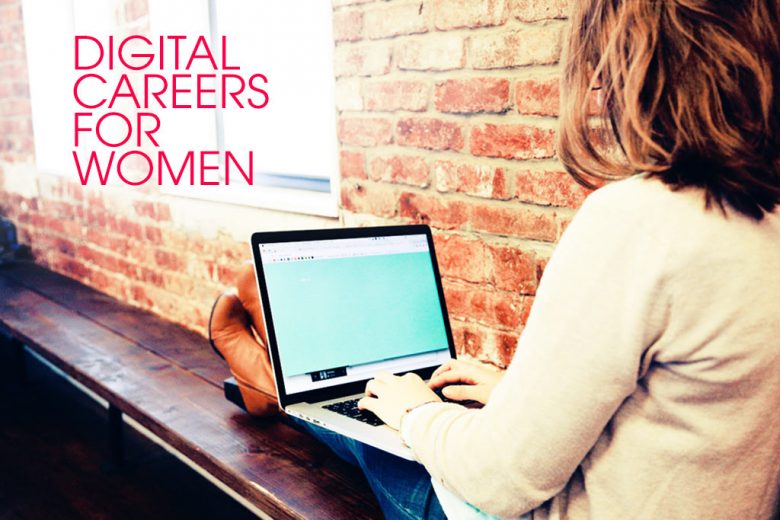 Fancy a career in the digital sector? Or maybe you already work in it. Find out why it’s time women embraced digital careers once again.

A few weeks ago, experienced mechanical engineer and technical consultant Janine Hayleigh shared five reasons why engineering is a fantastic professional for a woman.

Now business writer Patrick Vernon explains why he believes it’s time that we re-embraced careers in the digital industry.

Some jobs are seen as male-only

If you’re on Twitter you may be familiar with the popular Everyday Sexism account, detailing outrageous comments and liberties taken by men against women on a regular basis across the world.

Some comments are too rude to repeat here, while others are subtler but no less condescending. Recent posts include a female maths and physics student whose academic achievements were not believed by others, and a computer game shop worker who was told, “Women can’t know anything about games.”

While this is clearly wrong, like it or not (and many people don’t) some jobs are historically portrayed as a male-only environment, and overcoming these beliefs is a slow process.

Anything homely is obviously a job for a woman

Seemingly, while anything that is ‘homely’ such as cooking, childcare and cleaning are obviously jobs for women, roles demanding strength, leadership and technical knowledge are seen as the preserve of men only. These include roles as a CEO, banker and computer coder.

The irony is that women are actually said to have more of the qualities needed for a modern-day CEO, and according to research make better financial traders than men.

Women have played an important role in computing

We’ve also played no small part in careers like computing and coding, dating all the way back to when the science was first born. Ada Lovelace, for example, worked with Cambridge genius Charles Babbage in the early part of the 19th Century to detail the work behind the first computer in incredible detail.

And in The Imitation Game, the Oscar-winning biopic of Alan Turing and his fight to decode the Enigma machine, Keira Knightley’s character Joan Clarke is as prominent as Turing’s other assistants – after overcoming initial prejudice to even get the role, of course.

When did it become strange for women to code?

Quite when it became so strange for women and coding to work as one is unclear. Perhaps it was ultimately a result of the swap from computing as an academic discipline in the laboratory, through the flamboyant world of Silicon Valley and early computing; to the corporate, ego-driven business atmosphere of the 1990s.

But certainly, the trend seems to be in the decline: in 1984, 37% of all computer science graduates were women, but now the number is 18%.

So why is it that women are seemingly avoiding modern tech careers? Is it that we’re not encouraged to take more prominent IT roles from an early age? And what can we do about this when complex controversies such as Gamergate show an ugly divide in the computer gaming industry at virtually every level, provoking arguments regarding colour race, politics and feminism?

And what can we do about it?

Can anything be done to equalise the numbers divide, seen at conferences across the world, which may show a disparity of 10, 15 or even 20-1 in favour of males?

Well, interested parties are trying. In the UK, computer science was added to the curriculum last year for five year olds and up, primarily encouraging youngsters to learn about algorithms and Raspberry Pi, but also achieving the by-product of being non-discriminatory.

And in the US, billionaire donors such as Bill Gates and Mark Zuckerberg are investing in schoolchildren through Code.org, and initiatives such as Girls Who Code exist in a bid to ultimately raise the number of female computer science graduates.

Meanwhile, in Australia, the Code like a Girl programme aims to both give more girls coding skills alongside the confidence to put them into practice and apply for jobs in the field. And Code First: Girls works with companies and young women to increase the number of women in tech.

But it’s not just the tech sector that’s being targeted for a positive overhaul. The Twitter hashtag campaign #ilooklikeanengineer aimed to show that gender stereotyping of engineers should be a thing of the past.

Silicon Valley offers an interesting glimpse into the world of coding, since many of the major-league companies publish full lists of their employees. Take a look at the roll call at Periscope, for example, where of the 25 human employees, six are female. Similarly only 17% of tech employees at Google are female.

Plenty of jobs exist for women

There is no reason for women not to enjoy and flourish in a career in coding. The jobs exist – for example, at companies such as BGL and Comparethemarket.com there are a host of technological roles that would be ideal for either sex (the team also enthusiastically participated in the #IIooklikeanengineer campaign this summer).

Interestingly some bosses and CEOs admit that women tackle issues differently to men, with less overconfidence, and this can be advantageous for problem solving and logical thought.

Add the good pay and the fact that these are jobs that will likely persist for years if not decades, and there may never have been a better time to get involved. So what are you waiting for?