Why is breastfeeding such a taboo at work? And how can we make it the norm? 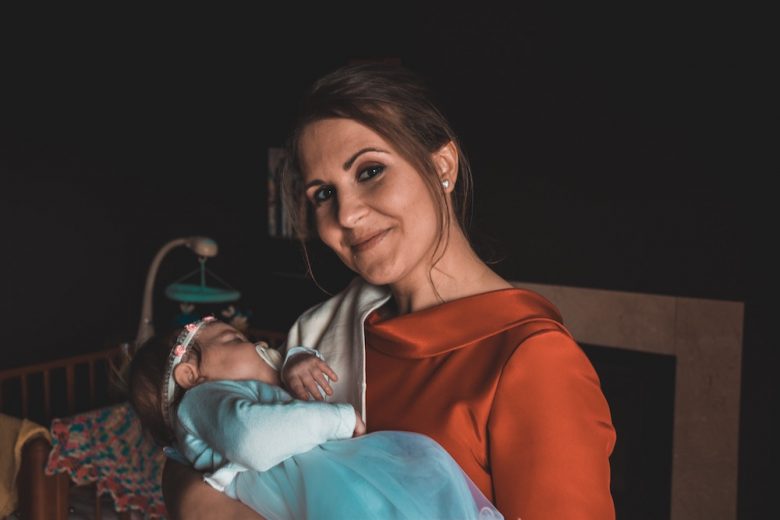 Why should women have to choose between breastfeeding and a career? Find out why mothers need more support for pumping at work.

“It’s a breast pump, Ken. I said I needed time to pump and you refused to change the meeting. So here we are. So [changing subject back to work] for the jeans campaign, which one of these guys says we’re having fun in Toronto?”

End scene on the first time I’ve seen breast-pumping on TV on a recent episode of New Girl.

It occurred to me it’s the first time I’ve actually even seen a woman of colour doing anything in the breastfeeding space on-screen. (But I’m ridiculously thrilled to watch Serena Williams breastfeed and pump on her new HBO series.)

And this isn’t a discreet pump that some of us have tried, hiding under a desk, but rather she has a full dual system going, even saying this went on for half an hour. I’m so frustrated I haven’t been able to find a clip of it anywhere — shouldn’t they be proudly showing that scene everywhere? — but it’s one of the most glorious things I’ve ever seen.

Why work and breastfeeding is an impossible dichotomy

When I shared my bootleg phone recording of the scene with my best friend who is currently breastfeeding her second kid and juggling pumping in a traditionally corporate office setting, she asked: “Is that a documentary on my life?? I wonder the percentage of men who could identify a breast pump.”

The whole episode of the now-over sitcom, called “Tuesday Meeting” is utterly genius (and hilarious because true-to-life is often the most ridiculous) and it focuses on Jess and Cece’s fight to be heard and valued at male-dominated offices.

It just gets to the whole basically impossible dichotomy happening right now that kind of goes like this:

Where’s the support for breastfeeding and working?

Many of us want to be mothers, but we also want to be successful in our jobs.

How is this possible? Where is the support we need early on to help us with breastfeeding? Where is information to help us balance pumping and working?

Now, there’s no doubt breastfeeding is trending right now. Literally, in hashtags like #BreastisBest (to utter debate of the pressure this phrase causes) and simply #breastfeeding. Female candidates are breastfeeding in their own political ads. And there’s a renewed focus on both the benefits of and the rights to breastfeed anywhere, with even marketing opportunities like when megastore Target went all-in on public nursing.

A few companies are enjoying good press about their support of breastfeeding — but even those don’t really address on-the-job rights. There’s a lot of (though never enough) support on and offline for how to latch and how to produce more milk, loads on the benefits of, and a loud demand that it’s a right not a privilege.

How do we demand the right to breastfeed and work?

We need to get ready for the next step — the one that starts with a lot of (often unnecessarily awkward) conversations. Most developed countries have some sort of laws in place protecting a working mother’s right to breastfeed until her child is one (even though the World Health Organization recommends until two.)

But how do we demand the rights we should be getting anyway? How do we persuade public healthcare or private employers to subsidise expensive breast pumps? How do we advocate that, no, a bathroom is not an acceptable nor compliant pump room?

How do we explain that we can certainly work while pumping, but we need to block off regular time slots without meetings? (And that timeboxing meetings is just good practice anyway?) How do we fight for flexible time and remote working, especially when it’s proven to lead to more loyal, happier and productive workers?

As Kimberly Seals Allers writes in her book The Big Letdown: How Medicine, Big Business and Feminism Undermine Breastfeeding, “Employers use terms like ‘accommodating’ nursing mothers, which makes women feel as if they are being done a special favor for being biologically different from men.”

We need to normalise breastfeeding at work

I’ve got the evidence down on breastfeeding and why women quit — because it’s hard, it hurts, it’s expensive, it doesn’t fit into their work life, it isn’t accepted by their peers and strangers, to name a few — but I’m missing that final piece. I was pleasantly surprised to note that the U.S. Health and Human Services has a pretty good guide to help you start conversations that companies should be passed by now.

How can we advocate for each other? How can male colleagues advocate on our behalf? How can we have a populace that knows what a pump is and be appropriately supportive of its use in the workplace and out?

Once we see breastfeeding as a natural part of the job of motherhood and one that needs to be factored into the workplace — not just ‘accommodated’ — I believe then we can take another step against workplace discrimination and toward workplace equality.

And that’s not because every woman has to breastfeed (I struggled for every last feeble drop for only ten months, combo feeding from the first month), but because once we solve this stupidly simple problem and overcome the awkwardness about the topic, we are more able to talk about the real issues of gender inequality.

But it all starts with a conversation. I hope you’ll join ours by signing up for the free webinar “Breastfeeding and the Triumphs and Tribulations of the Working Mom” to spark the conversation on how a working mom can succeed at work, succeed at parenting, and take a step or two toward work-life balance.

Currently based in London, Jennifer Riggins has been working alongside her rocking kid since his second month, loving the freedom her tech and culture writing, marketing and storytelling freelance work allows.