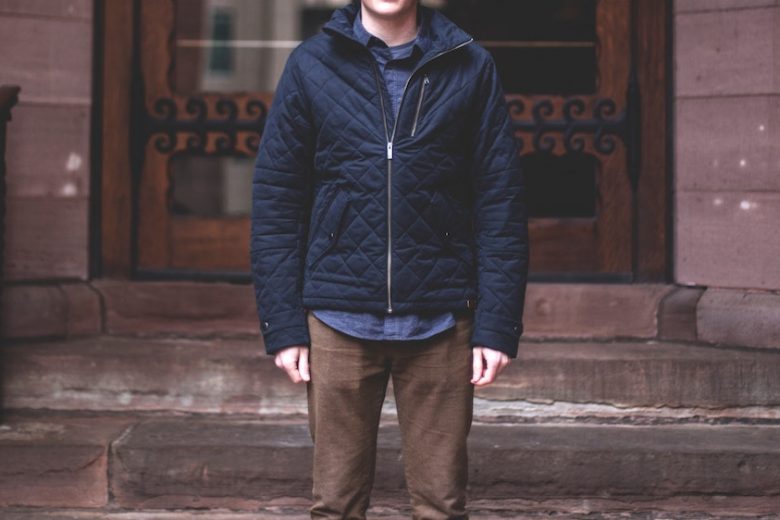 In the last couple of years, ‘body positivity’ has emerged as a movement encouraging women to fight back against the negative and harmful effects of social media.

At the end of 2019, the hashtag #bodypositivity gathered over 11.5 million tags, showing women confident in their appearance and body image without feeling pressured to conventions and expectations.

Many of us are aware of the damaging effects of social media – we have learnt to feel that way through television and media. Think back to when you were a young child and were blissfully unaware of the pressures of looking good. Wearing that swimsuit that stuck to your stomach like a second skin and you couldn’t have cared less.

While social media has it’s advantages in allowing us to connect with anyone anywhere, constant exposure to what the media presents as the norm can make it difficult for people to accept and love themselves, constantly striving for unrealistic beauty standards.

As the concern gains more awareness, it’s become apparent that it isn’t just women who are being affected by it. Statistics have shown that men are unhappier with their body image than ever before. And due to the toxic masculine culture that is been purported today, many men are finding it difficult to speak out about their struggles.

It’s becoming increasingly important to start a conversation about male body positivity and confidence. Although, as mentioned, the Instagram #bodypositivity hashtag has lots of tags, a quick look on the app reveals that there’s only the occasional male taking part.

Survey of both men and women around body positivity and body image asked how they felt about their bodies.

26% of men weren’t comfortable with their bodies. The statement they made include:

33% of men said that content on social media influenced them to feel negatively about their body in comparison to 72% of women. Although the rate is significantly higher for women, it shows that around a third of men are being negatively affected by what they see online.

A further 36% of men believed that they would be more comfortable with their bodies if they weren’t exposed to content on social media, with 56% of women feeling this way too.

65% of 10,500 women and girls surveyed from 13 different countries felt their dissatisfaction with their body came from the media and advertising. Over half of women also said that social media was the primary drive for unrealistic perfection.

Shockingly, a survey by Plan International found that girls and women aged between 14 and 21 were ‘disgusted’ or ‘ashamed’ about their bodies. A quarter claimed that they also avoided leaving the house due to shame of their appearance.

Similar results were reported when investigating male body image. However, body dissatisfaction likely begins as youngsters, making something ingrained in us at a young age that is harder to shake.

A 2016 survey conducted by the BBC found that 55% of boys between the age of eight and 18 said they’d change their diet to improve their body image.

The four main sources creating pressure and body dissatisfaction were friends (68%), social media (57%), advertising (53%) and celebrities (49%). Furthermore, over half of the respondents said they’d find it difficult to speak about it.

Four things we can do to encourage body positivity

It’s safe to say that there’s a problem with today’s society and body image. So, what can we do to support men and encourage them to open up and feel comfortable in their skin? Here are four suggestions.

Firstly, we should support those brands who support positive movements such as diversity and inclusivity. Buying from clothing brands that encompass and purport diversity will encourage other brands to follow suit.

For example, online retailer Zalando launched a diversity campaign ‘Free to Be’, encouraging customers to be free in what we wear and look like. Models are used to represent true diversity in ethnicity, gender, backgrounds, size, and shape. The more successful campaigns like this are, the more likely it will become the norm.

As awful as it sounds, we’re all at fault of making judgements. As cruel as it sounds, we’ve learned to form judgments on somebody about their appearance to gauge things like their characteristics and personality traits. But if there’s one thing that’s true, it’s not to judge a book by its cover.

‘He’s a man, he won’t care!’ — this couldn’t be further from the truth. Making little comments and making fun of somebody’s appearance on the assumption that they’ll see the joke is toxic behaviour.

Think how you’d feel if somebody made a comment about something you were already self-conscious about. If you haven’t got anything nice to say, don’t say it at all.

And we don’t necessarily mean to somebody’s face for a joke. If you’re in a bar or restaurant or walking somewhere with your friend and make a passing comment about a stranger’s weight or appearance, this is contributing to the problem.

If you find that your Instagram feed is full of inspiration accounts, remember to follow influencer accounts wisely. Celebrities in the 21stcentury have taken the form of Instagram influencers. It’s their job to look a certain way, and while a little style or makeup inspiration is good, don’t worry about looking exactly the same. Everyone’s appearance is unique!

Seeing posts of idealised body images day in day out is eventually going to have a negative effect. A large review of data found that platforms like Instagram are a leading contributing factor when it comes to negative thoughts about your body.

If you want to be body positive, you must accept yourself. Cut this toxic energy out from your life and view these accounts as inspiration, not rules! Follow your friends, and content that you enjoy that is going to make you happy.

It’s important to remind yourself that what you see on social media isn’t often the truth. Images can be manipulated and edited — it’s likely that the person you’re striving to look like doesn’t even really look like that.

Don’t ever forget that you’re perfect just as you are. You look the way you look because that’s who you are, you aren’t anybody else nor should you look like anybody else. Individualism is one of the most wonderful and important things in life, so embrace every unique aspect about your appearance!

4) Check up on your loved ones

Making sure that your nearest and dearest know that they can have a truthful and safe conversation is highly important.

If you feel like your friend is down or is making negative comments about themselves and the way they look, address this and talk. Don’t ignore the signals, encourage them to speak up about how they feel, and be there for them.

Body positivity has certainly come a long way, but there’s still a world of improvement to go — let’s help each other feel comfortable in our skin!