What happened next to Zoe Taylor from Taylor Made Uniforms? 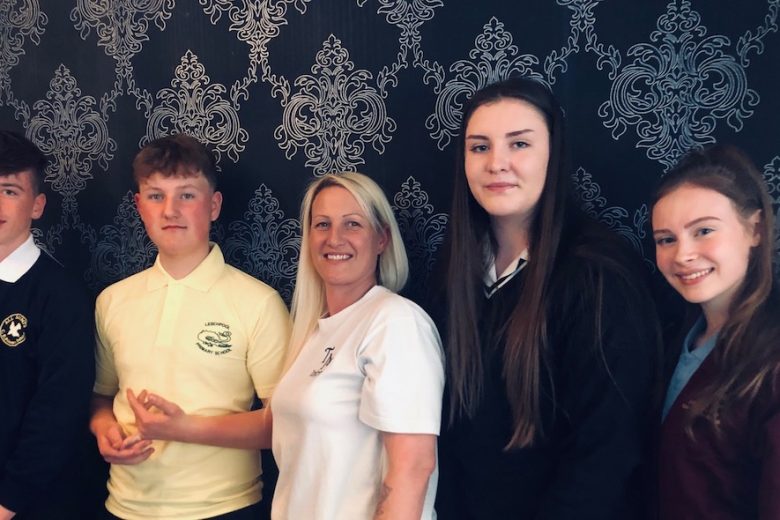 In September 2014 we interviewed Zoe Taylor – a mum who had started her own school uniform business, Taylor Made Uniforms, after being frustrated by the poor service offered by her school uniform supplier.

Her business is now 10 years’ old, and going from strength to strength. So we caught up with Zoe again to find out exactly why she’s been so successful, and what other small businesses can learn from her journey.

What’s changed since your last interview?

My last interview was in 2014, and I currently had 14 schools. Four years later I have 28 schools, four nurseries, one childcare, one dance school and a few other clubs and businesses that we supply – so I have considerably grown within a short space of time.

My passion is still as strong as ever, and still always looking for more ways to grow the business.

Also, since the interview was published, I have had so many emails from all over the world, from people just like me, looking to start their own uniform business. Three UK uniform businesses have started, and each one has been to see me, get ideas, and I have given them as much as advice as possible. It’s great to see that they are now growing and taking on more schools.

Looking back, what would you have done differently in the early years of your business?

I think I would have set stronger ground rules to myself – being open nearly 24/7 can really come back to haunt you. But now having strict opening hours, I actually do get some social life. Realising that you can close, and not feel bad when someone is knocking on your door at 7pm.

And what worked really well?

Keeping the level of customer service since day one – with treating each and every customer the way I would want to be treated, no matter how busy I get.  Only taking on a few schools at a time, so I know I can make it through the busiest period was a wise decision too.

Keeping the same ethos from the very beginning, not being greedy and try to make a difference to the schools by way of the commission we pay back to them.  We have now raised nearly £55K for our schools since we started.

What changes have you made since, and why?

I’ve not made that many changes, as if its not broke don’t try to fix it! I still offer the same as when I started. Probably the biggest change is just having strict opening hours, you need a break, to be able to spend time with your family and get some down time.

Why do you think your business has thrived while others have closed?

I have continued to grow year on year because I am still providing the same service as when I started – knowing the market, and knowing what customers want. Bending over backwards to keep that level up, even if that means starting at 3am every morning in your busiest time, just so that you are not letting customers down.

Have you employed help? If so, at what point did you bite the bullet and what have you learned from it?

I have employed people on part time basis for the last seven to eight years now, as during the quieter months they are not needed.

Sinead has now been with me for over four years, works part time during the quiet time and then works more when busier. She has been a godsend – training her to become a mini me took a long time, as there is so much to learn, but now its great, knowing I can take a week off and not have to worry.

What are you most proud of?

That in November the business will be 10 years old and I have never stop believing that it will work, and that it will continue to grow.

Tesco is now my biggest competitor, and I know that they try and contact my schools. Some of them do take Tesco on to be able to offer a cheaper solution, but their quality is just so bad, and long delivery times, that I am finding that the customers still come back to me, as they get such a great service.

This is extremely rewarding to me; to realise I am up against one of the biggest companies in the country, and I am still winning! In 10 years we still have all the schools that I very first began with, which to me is a great honour, that we still have the same great relationships.

Where would you like to see your business going next?

This is probably going to be my biggest and proudest moment: my son, Zak has been helping the last couple of summers and he has now decided that he loves it so much that he will be finishing his education in July (he is currently 16 and sitting his GCSEs) that he will come and work with me full time.

We are already planning the next phase for when this happens – and we have now moved to our new premises. He has ideas already to make us digital (we are still old school, with spreadsheets, and pen and paper). And we have the aim of supplying 50+ schools within the next 10 years, to take on more staff and just continue to keep growing, but without the level of customer service diminishing.

This is just amazing for me, as I really had thought I had reached my limit of what I can supply. Knowing that my son wants to be apart of something I created, basically because of him, having to get his uniform when he was five years old, is truly amazing.

What are your tips for someone scaling a business?

Don’t rush it! Take it slowly so that you can keep your family life and work life sensible. There is no point taking on too much and you just crash and burn. And remember: never ever quit in something you believe in!

You can find out more about Taylor Made Uniforms on their website.