What could have been: Five video game patents that never made it to the mass-market 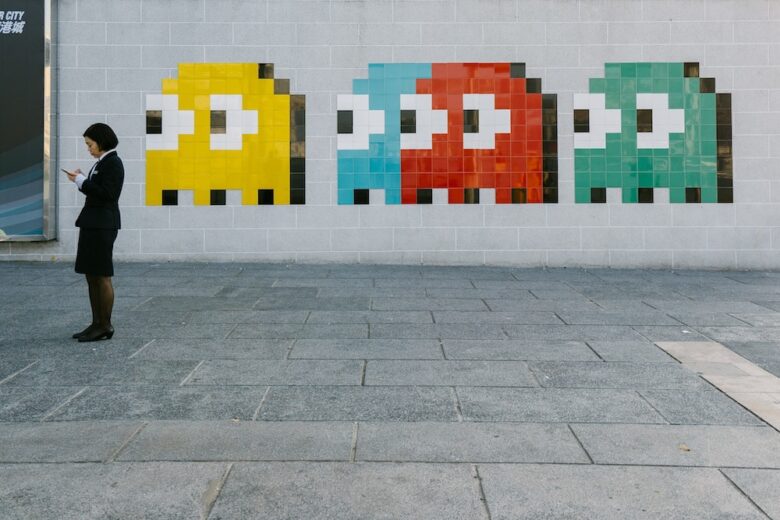 Unsuccessful video game patents finally get their day in the sun, as we explore those nearly altered the video game industry forever.

The Magnavox Odyssey, otherwise known as the original home video game console, was first released into North American homes in the autumn of 1972. Since then, there has been an influx of different brands, consoles and accessories that have been produced in the video game market and the industry looks very different to what it did in 1972.

From our research we found that patent related search terms such as ‘how to patent an idea’ are searched for nearly 15,000 times on average each month in the US city of New York alone. This shows the number of creative proposals that happen monthly in just one city. Obviously, not all these patent related searches get submitted let alone make it into the public domain.

However, other research highlights the number of patents that were filed by the Chinese video game company, Tencent Holdings Ltd. In 2021, the largest video game company in the world based on investments, filed for over 5,000 new patents. This statistic again shows the vast number of innovative ideas that are occurring every year.

Sadly, a fair number of inventive ideas never got past the production stage. This article includes some of the whacky and wonderful video game concepts that were patented but never made it into our personal gaming set up.

To start, we rewind to 2012, when Leo Markowitz concocted the Inflatable Vehicle Simulator to make racing games more realistic. Vehicle gaming set ups have come a long way since 2012, with gamers now having the ability to use multiple screens to further their peripheral vision to allow them to better see their racing competitors.

Further to this, gaming set ups do now go as far as having pistons in built which simulate the cars suspension and allows the player to feel the bumps and forces which the car is absorbing in the game.

Having these additions makes the game and the experience more realistic for the gamer. Although these set ups are extensive and provide a more realistic gaming experience, they are very expensive, and they also take up a lot of room due to how big and bulky they are.

By creating this Inflatable Vehicle Simulator, Leo bypassed the size related issues while still allowing the consumer to have an immersive gaming experience. However, unfortunately for us gamers and Leo Markowitz himself, it was a design that never quite made it to the mass market and therefore, is our first inductee to the ‘video game patents that could have been’ hall of fame.

The Center for Disease Control and Prevention at Andrews University and Emory University conducted some research into the anthropometric characteristics of gamers in the American city of Seattle. Their results found that the average BMI of a gamer was higher than that of an average non-gamer.

This was a worrying statistic as the average gamer was found to have a BMI of 28.05 which is considered overweight. Being overweight causes strain on important parts of the body like the heart and thus, could lead to serious health conditions in the future. Benjamin Karl Broderick obviously knew that this was a growing and on-going issue and patented his idea for an all-in-one Exercise and Video Game Chair.

The chair included straps which would be attached to each limb and the torso, the idea being to provide resistance against these muscles whilst the consumer was gaming to offer them a strenuous workout to help tackle the growing weight problem in gamers. Unfortunately, this constructive and innovative idea didn’t make it to production and thus, gamers have had to use other methods to try and stay in tip-top condition whilst still being fully immersed in the virtual world.

The revenue made from mobile games’ reached and surpassed $76 billion by the end of 2020 with over 470,000 mobile gaming apps being available as of the first quarter of 2021. This plethora of apps range from puzzle games to first person shooter games and in the latter, there are often technical difficulties which hinder the performance of the gamer. Whether it be due to a broken screen or down to the screen being too small or big or just finding it hard to use a touch screen as a controller, one of the most frustrating issues is not being able to play to your full potential due to having equipment that isn’t suited to you.

The aim of Brandon Workman’s invention was to fix this. He invented a controller which connects wirelessly to a portable device. The buttons and the joystick which connect, allow for the gamer to have better handling of their characters, and allow them to gain an advantage over their competitors.

A huge advantage of Brandon’s design is its portable nature, allowing for the controller to be packed into a compact case which is ideal for gaming on your commute or travelling to your next holiday destination or waiting for your favorite coffee to brew. However, this particular invention never made it to the mass market and therefore, we will have to carry on using the touch screen for now.

Consistently since the release of the Magnavox Odyssey, controllers have been very similar across the different brands with a few tweaks making the controller unique to that brand / console. For example, the main difference between the Xbox and PlayStation controller is the positioning of the left joystick and the d-pad as they swap positions on the different controllers.

Paul Chen evidently didn’t like this standardized design and created a game controller faceplate in 2005, which was designed to show an image of the video game onto the controller. This would allow the gamer to see their beloved games up close and personal. It would work by the controller and the faceplate connecting via a chip which would then display the video game graphics.

The faceplate would show different images for each game to enhance the consumer’s experience. Due to the advanced software coding in the chip, it would help to improve the players gaming performance which would have been a huge selling point for the invention. Unfortunately, this intuitive and rather advanced piece of technology didn’t make it to the wider market despite being successfully patented.

Last but not least, Timothy M. Coffey filed for one of the simpler patents back in 1994. Timothy had obviously had an irritating sibling or friend in his gaming years who would constantly try and gain an advantage by looking at their opponent’s screen to find out what they’re doing or whereabouts they are.

This incessant cheating evidently drove Timothy to the end of his tether as he came up with an idea for an opaque panel to be attached to the screen by sucker cups which are attached to arms where the panel can be stretched across different sized screens.

This concept is one of those that around 90% of players have thought about trying to implement when playing a game against an overly competitive opponent and if you’re part of the 10% who has never thought of this then it’s time to take a long, hard look at yourself. However, unfortunately for those fair players among us, this idea never made it made it on to our tv screens.

These visualizations of the inventions that never were, show how different gaming could be now if these inventions had made it to the wider market and into our gaming set ups. The inventions will surely be like marmite, and split opinions with some people loving certain ideas but hating others and vice versa. Unfortunately, we will never get to see these particular projects in person along with many others that ended up in the ever going grave of failed video game patents.

You can get more inspiration for your next big Video Game accessory idea here.

Published on Apr 12th, 2022 by Hannah Martin
We use cookies on our website to give you the most relevant experience by remembering your preferences and repeat visits. By clicking “Accept”, you consent to the use of ALL the cookies. However you may visit Cookie Settings to provide a controlled consent.
Cookie settingsACCEPT
Manage consent