Want to write a book? Why you should consider self-publishing 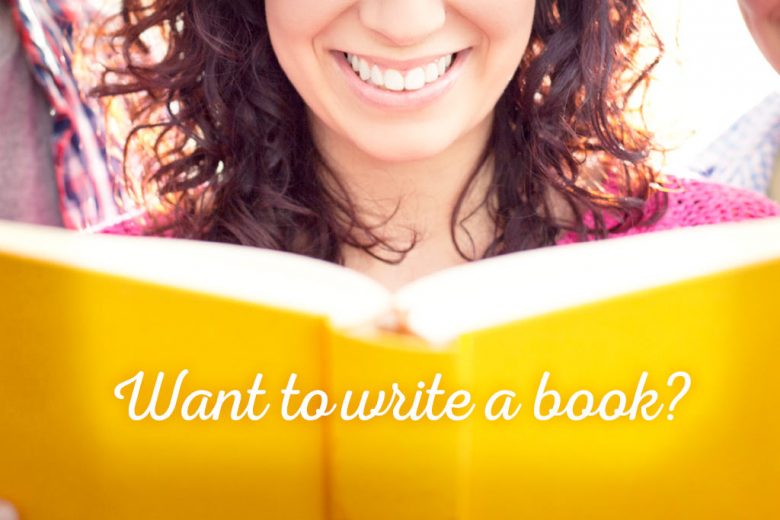 Ever fancied yourself as a writer? Already started penning your blockbuster? What do you do once you’ve poured your heart and soul onto the page and created something you think people will want to read?

When Kathryn Hughes finished her novel The Letter she was certain it would be a bestseller. And after several rejections from agents, after which she turned to self-publishing, it is.

Now she’s sharing her experience with us – to help you understand and navigate the process of getting your book in front of readers.

Writing a novel is hard – getting published is harder

It is often said that everybody has a book in them, but to quote the author and journalist Christopher Hitchens, “in most cases, that’s where it should stay.”

Writing a novel is hard, no doubt about it. But slogging away day after day trying to order 120,000 words into something people are actually going to read and, more importantly enjoy, is a doddle compared to the frustrating and demoralising business of attracting a publisher.

I fantasised about being the centre of a bidding war

Back in 2009, when I started my first book, The Letter, I was naïve enough to believe that I would have literary agents queing round the block to sign me up. I fantasised about being at the centre of a bidding war between publishers, with top Hollywood actors clamouring to play the lead in the subsequent film.

I would be asked to write the screenplay, it would win an Oscar, I would be invited to Elton’s post-show party. He and David would ask me to be Godmother to their next child… well you do need a vivid imagination to be an author.

Fast forward to 2012 and I had a small but growing pile of rejection letters. The fact I was in good company here brought little comfort. Beatrix Potter was rejected so many times she had to publish The Tale of Peter Rabbit herself, producing just 250 copies. (It has now sold over 45 million and counting.)

Margaret Mitchell’s Gone with the Wind, was rejected by 38 publishers. It has since sold 30 million copies and won the author the Pulitzer Prize for Fiction.

And after receiving 30 rejections for his novel, Carrie, Stephen King chucked it in the bin. Thank goodness his wife fished it out again. His books have gone on to sell over 350 million copies.

The problem with approaching publishers

The problem with approaching publishers is you cannot go directly to them with your masterpiece. First you have to secure yourself an agent, or ‘gatekeeper’ as they are often referred to. It is their role to decide whether or not your work is good enough to be submitted to a publisher.

This is a difficult and subjective job. One editor once told F.Scott Fitzgerald, “You’d have a decent book if you’d only get rid of that Gatsby character.”

Agents do have a reputation to uphold though. They need to be completely confident of a book’s strengths, including not only the writing, but also the marketability and the author’s ability to produce further novels – one-book deals are practically unheard of.

An agent will usually ask for the first three chapters, plus a synopsis of your book. They can take up to six months to reject your work and do not like it if you submit to more than one agent at a time. Given that there are over 100 literary agents in the UK it doesn’t take a mathematician to work out that if we adhere to this practice our books would only be published posthumously.

It’s never been easier to self-publish

So with the odds stacked against us, maybe it’s time to look at the alternative. Self-publishing. After all, if you’ve written a book, presumably the primary objective is for people to actually read it.

With the advent of the digital age it has never been easier to self-publish your novel. However, it needs to be the best it can be. Just because it won’t be going through the rigorous process of a traditionally published book is no excuse for sloppiness.

One in five e-books in 2013 were self-published

In 2013, almost half of adult fiction titles bought in the UK were e-books. Of these, one in five were self-published.

There are several platforms for self-published work – Amazon, Barnes & Noble, Apple, Kobo, BlinkBox to name a few. Of course Amazon’s Kindle store is the most dominant with over 2.5 million titles. That’s a lot of books.

How do you ensure your book gets read?

With so many books for readers to choose from, how do you ensure yours doesn’t disappear into the ether?

It’s quite simple. If it’s good enough, it won’t. It may take a while to snowball but the most effective marketing tool around is still word of mouth. Books are bought on the recommendation of a friend, people leave glowing reviews on your book’s Amazon page. And if you are lucky a professional book blogger may review it.

The most important thing is your manuscript is not gathering dust at the back of a filing cabinet. People are reading it. You are an author.

Kathryn Hughes is the best-selling author of The Letter. This is her debut novel which she took the decision to self-publish as an e-book through Matador in 2013. It reached No. 1 in the Amazon Kindle chart and has sold over 76,000 copies to date.