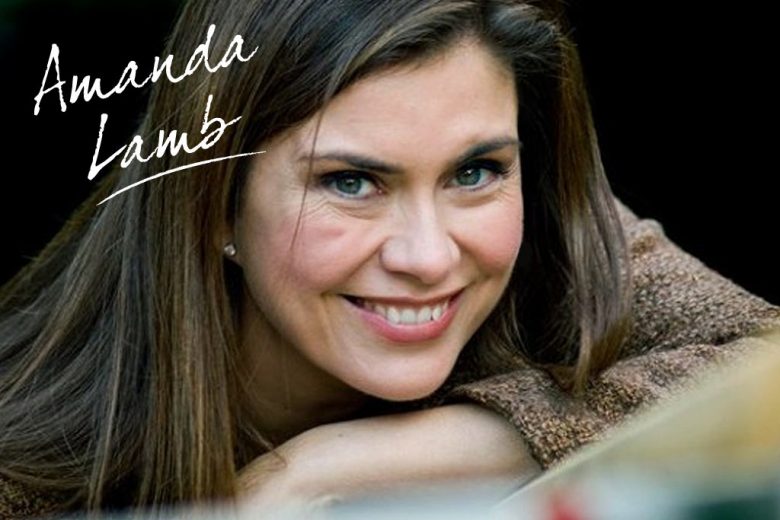 TV presenter Amanda Lamb lives in London with her husband, cameraman Sean McGuinness, and their four-year-old daughter Willow, and is looking forward to the arrival of their second daughter at the end of July. Lucy Mason asks Amanda, 40, what work means to her and she fits it around being a mum.

Why financial independence is so important to me

My first job was working in a pet shop when I was 13 years old. I saved up the £8 I earned a day until I had enough to buy a god-awful purple and green Dash tracksuit, which at the time I thought was amazing. But from there a tiny seed of independence was sown. I’ve never relied on anyone in my life for money, and even today I’m still not very good at people buying me expensive gifts.

Today, work still gives me a sense of self of achievement. I’m very proud that everything Sean and I now have, we have earned through hard work. Sean had a very different upbringing to me – his dad had his own company and he was sent to private school, but we both have the same work ethic. We believe that if you want something, you’ve got to go out and get it. Don’t just expect it to fall into your lap.

Fitting my new TV show around my family

At the moment I’m working on a TV show that involves 20-30 days of filming, spread over six months. Sean works similar hours so we often have one or two days where our work overlaps. We used to have to cancel work when this happened, or ask my mum or brother to help out with Willow, but now we have a nanny, Steph. She looks after Willow three days a week, and I fit my work around that. It’s manic, we literally have family planning charts with crosses on for when Sean and I are working.

I feel that it’s now worked out really well, because after three years I’ve managed to find a nice balance between work and being at home. However, that’s all going to change very soon, because our baby is due at the end of July and Willow starts school in September. I’m about to start maternity leave and I’m planning to give myself six months off. I’d like to breastfeed and be there for the new baby from day one, not fob her off on Steph and go back to work straight away. I’d also like to give Willow time to settle into school.

What being a mum means to me

I find that the older I get, the more old fashioned I get. I look at my mum and I recall that every school play, every sports day, every assembly, every single thing that involved having a parent at school, she was there. And I want to be the same sort of mum. I recently turned down an invitation to a big awards do in London because Willow had her induction day at her new school. For me it’s a no-brainer – I could be hanging around London with loads of celebs having a nice time, or I can take my daughter to school. There’s no competition.

I think it’s great that women have a choice today, that childcare facilities mean you can work and look after your kids. But I think that freedom can come at a cost, and that cost is your sanity. I remember getting a call at work from my mum once, because Willow had fallen off the table. She was about 18 months at the time. My mum said, “I don’t want to scare you but your brother’s taken Willow to hospital.” I felt really stuck because I was in the middle of filming, but at the same time I really needed to go. So I left the show and rushed home, only to find that Willow was fine!

Finding a balance that works

Many women of our generation have left starting a family to much later in life, after having 15 or more years of doing what we want and going where we want. I worked on A Place in the Sun for ten years, travelling the world. But then, all of a sudden, you have kids and everything changes.

It really is a juggling act. For a while last year I was working for six days a week, and it was far too much. I was filming in Leicester and I’d leave work at five, get back to London for half past seven, put Willow to bed and then get up at four in the morning and go back to Leicester. I did this for about six months and it nearly killed me! But that’s what women of our generation are trying to do – find a balance. We want to be the mum at the school gate and at the same time be the same woman we were for the 15 years before we had children.

But I think it’s very important not to lose sight of what really matters. And bringing our children up to be strong, independent, happy, nurtured individuals is the most important job we can do.

You can see Amanda Lamb’s new TV series Beat my Build on Channel 4 in September.