To work or not to work – the modern mother’s dilemma 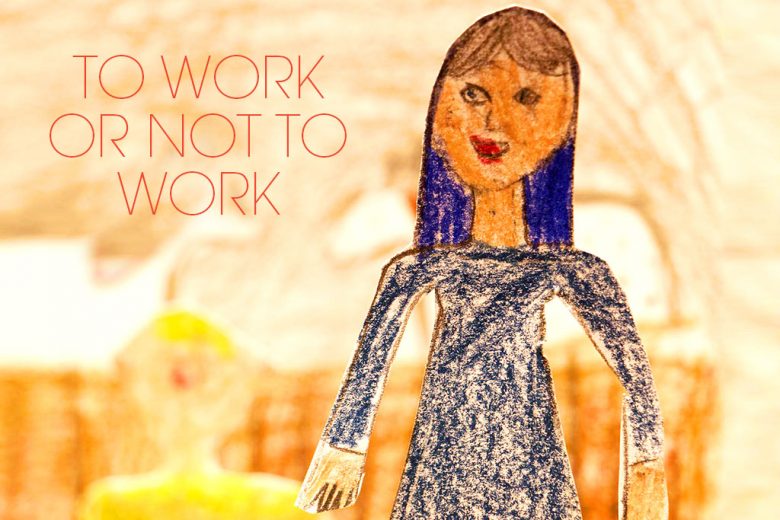 Find out how it feels to face the dilemma of the modern mum, and why your working life will probably never be the same again after children.

How does it feel to contemplate returning to work after having a baby? What ARE the thoughts that go through your mind? The considerations you need to balance in order to decide whether it’s worth it or not?

And do you really want your old life enough to go back to it?

Newly trained social media manager Jay Curtis reveals exactly how it feels to face the ‘to work or not to work?’ dilemma in this extract from her book Can I Give Them Back Now? The Aargh to Zzzz of Parenting.

Work will never be the same again

Well, there you were, pre-children, most likely either doggedly plodding or dynamically powering along in your career, getting paid a salary, holidays, sick pay, a nice company pension scheme, a ready-made social life and free doughnuts on a Friday to boot.

Up until then you hadn’t really noticed any appreciable gender inequality in the workplace. Well, now you come to mention it, only one or two on your board of executives wore a bra, well, in the office anyway, but you’d always found it fairly easy to find gainful employment and you were promoted ahead of that knob Martin after all.

Just before you got carried away acting like you were permanently living in an episode of This Life however, all that was about to change. One day, you peed on a stick and, hey presto, your working life was never the same again.

Phewbloomingwhee! Very relieved to find that company at least has adequate maternity benefits. Was so much more interested in the foreign travel and discounted gym membership perks when took job six years ago.

Kicking self that didn’t accept extraordinarily dull job in British Council when had chance though. 26 weeks on full pay, 13 weeks on statutory maternity pay, 13 weeks on no pay and the right to request a five year career break somehow make it look a lot less fuddy duddy public sectorish now.

Always wondered why that Jiig Cal career profile matching thing at school suggested Assistant Prison Governor or English Teacher for all the girls who had been thinking perhaps corporate law or TV production might suit. Perhaps trying to tell us something? Should possibly have taken note.

Gorgeous baby born and life turned upside down. First few months gone in whirl of magical highs, desperate lows, poo, milk, poo, and sleep deprivation. Just about getting hang of having no real friends and being able to do impromptu nappy changes in town without having a nervous breakdown. Then, more shit.

Old boss has called asking about return to work. Work! Had forgotten all about that, so far removed is it from dribble and pelvic floor exercises. What to do?

One year and one day later

In turmoil of confusion. If go back to work full-time, bohemian earth mother cousin will smile patronisingly then tell her mates I am hard-nosed materialist bitch who had no business having a child if didn’t intend to look after her.

If I stay at home full-time, my friends in offices might think am dull-witted bovine sap who spends days make-up-less and in comfortable shoes, wallowing in brain-mulching drudgery and watching Jeremy Kyle. God, I have lost count of the number of times I have been asked what actually do all day, and the baby is only six months old.

My mother-in-Law’s face already suggests she thinks I am busy spending her precious son’s hard-earned cash on over-priced lattes and Cath Kidston tea-cosies instead of cleaning the house her son is currently generously paying a large mortgage on.

One year and two days later

Epiphany. I realise it doesn’t matter what other people think. Should follow heart — go with what I think. Shit. What do I think? Have found adjusting to motherhood very hard but am almost loving it now. Baby being delightful. Enjoying feeding ducks every day and quite getting into watching Hollyoaks while doing evening feed (me that is, though baby seems quite happy also).

Feel baby needs me. Would miss her dreadfully. But need money. And also miss sociability, intellectual stimulation, financial independence and status of working life and do not want to jeopardise career progression after 16 years’ education and 12 years’ hard sodding slog.

One year and three days later

Epiphany. Realise want to work part-time. In my dreams, would have same pay, status and career prospects as had before and excellent company crèche for precious child.

One year and 10 days later

There is no crèche. Suggest partner might consider requesting part-time or flexible work if am possibly having to resume full-time. Partner spits out coffee. Think this means no.

One year and 11 days later

Realise can either work full time and feel guilty about potentially (according to all sorts of reports whirling round exploding brain), damaging childcare, stay at home full-time and worry about lack of money and long-term job prospects, or get a different part-time job.

Look up part-time jobs. Consider monumental lack of personal experience and motivation in cleaning, catering and cashiering industries and pittance of pay in relation to childcare costs.

Resolve to stay at home for time being and attempt to set up hand-painted eco cake cases business whilst baby naps and whilst fantasising about living in Copenhagen.

Second child born. No chance of going back to work now –  even full time. Childcare for two under three will cost 20k and only used to earn 22k after tax anyway. Fledgling cake case business also goes to wall.

Second child has started school! Think about returning to work full time. Call up old company to test waters. Human Resources Director says, off record, that am about as useful to him now as chocolate teapot, or indeed, a newly qualified college leaver – only a college leaver will request precisely zero days off for looking after sick children and attending nativity plays.

Note that Martin, the office knob, is now Marketing Director and that wouldn’t want to work for him anyway.

Six years and one day later

Think about ‘retraining’ in job that would fit well round school hours and holidays as partner now on stratospheric career path that means working 12 hour days and only taking two weeks’ annual holiday. 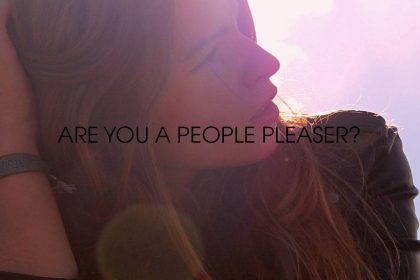 Are you a people pleaser? Find out why it’s ruining your life 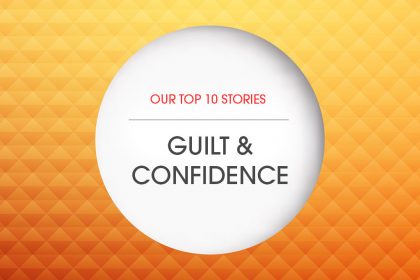 Read our top 10 stories on guilt and confidence 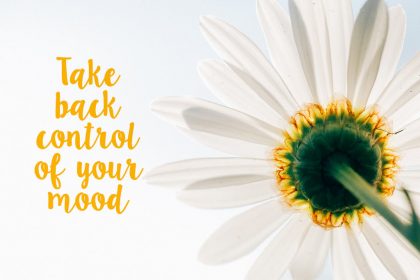 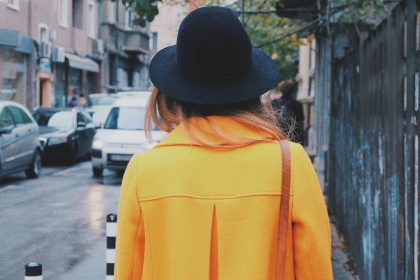 Eight apps to help you manage anxiety and stress 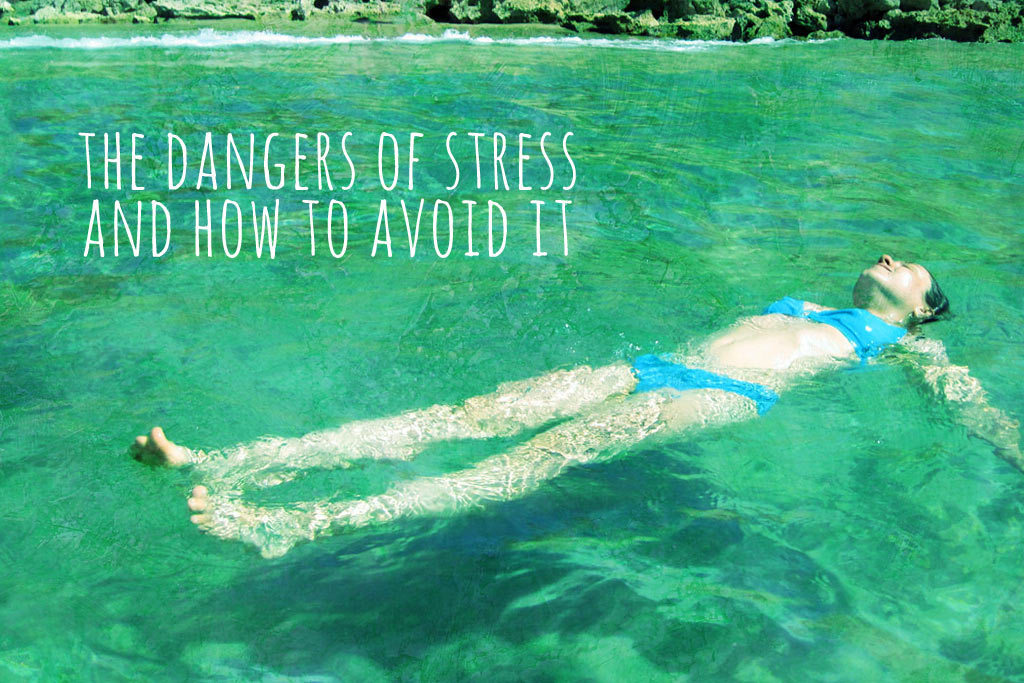 The dangers of stress – and how to avoid it 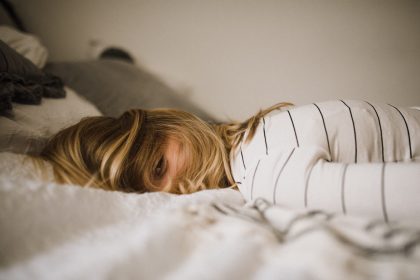 Suffering from stress and overwhelm at work? Here are three things you can do