Timeless jewelry through the years 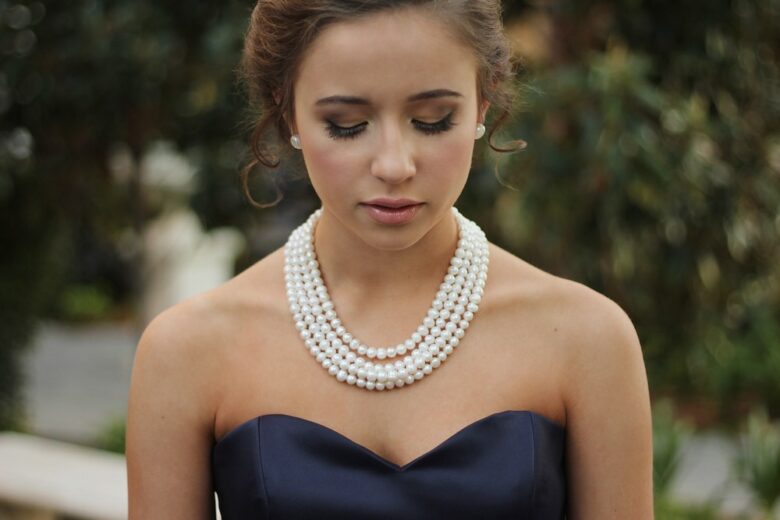 Women and men have used jewelry for centuries to adorn their bodies. Quality jewelry gets passed down through the generations, especially those pieces that are classic.

Families tend to retain treasured pieces, although some are shared with the world. They become works of art enshrined in museums, allowing more people to admire their beauty.

So what are some of the famous pieces from the last century that all jewelry lovers should see at least once in their lifetime?

Harry Winston has earned a reputation for breathtaking jewelry pieces coveted by women the world over. The Gulf Pearl Parure serves as a good example of his work and one that will be treasured for centuries to come. Although these pieces are timeless, you may find jewelry sets that are of the same grandeur on sites like Ideaure Jewelry.

This pearl and diamond necklace features 11 pearl drops coming down from four rows of diamonds and pearls. It’s accompanied by a bracelet, detachable ear pendants, and a diamond and pearl cluster ring. The pieces include 193 natural pearls, among the most exquisite ever to be found, and 133 diamonds.

Each stone features Mr. Winston’s signature inscription. While if you are looking for pearls you won’t be able to secure this piece for yourself, there are countless others you are sure to love and will want to purchase for your collection.

King Edward VIII gifted a ruby suite to Wallis Simpson after he abdicated his throne. Van Cleef and Arpels designed the suite, which consisted of a tassel necklace, bracelet, and brooch.

What makes these pieces so special, other than their gorgeous appearance, is they were among the first to use an invisible setting for baguette diamonds and rubies. This necklace came engraved with “My Wallis from her David 19.VI.1936” and was gifted to Simpson for her 40th birthday.

However, this is only one of many Van Cleef and Arpels gifts she received from King Edward VIII during their time together. Over the 35-year period, he commissioned a diamond and ruby bracelet that was engraved with “Hold tight 27.III.36” and presented it to her a few months before he abdicated his throne. In 1936, one of Simpson’s Christmas gifts was a two-feather clip that included Mystery Set rubies and diamonds.

The king also purchased pieces from other jewelers, including an onyx and diamond panther bracelet designed by Cartier. This piece became one of the jeweler’s most expensive pieces to be sold at auction. It features single-cut and pave-set brilliant diamonds together with caliber-cut onyx. Each eye of the panther was a marquise-shaped emerald.

Elizabeth Taylor was known not only for her illustrious acting career and her many marriages but also for her jewelry collection. The Krupp Diamond is one iconic piece she owned and her personal favorite in terms of rings. The 33.19-carat D-color stone was gifted to her in 1968 by Richard Burton, one of her husbands.

She kept the ring for three decades, and it later sold at auction for $8,818,500 with the world-famous Christie’s auction house handling the transaction. People weren’t surprised this diamond went for $265,697, a record at the time, as it is believed to be potentially absolutely flawless.

Upon Ms. Taylor’s death in 2011, the diamond was renamed for her in her honor. However, this is only one example of the amazing jewelry this woman amassed over her lifetime.

Her Bvlgari Emerald Suite has gained iconic status over the years as well. Consisting of an emerald and diamond necklace, pendant, ring, bracelet, and earrings, this suite was also a gift from Richard Burton. He purchased the set for her over a number of years, obtaining each item from the Bvlgari boutique located on Rome’s Via Condotti.

The first piece was a brooch that he bought for her as an engagement present. He followed up with the necklace when they married and got the earrings, ring, and bracelet later in their relationship. The set eventually sold for approximately $23 million at auction.

Barbara Hutton, the Woolworth heiress, was gifted a jadeite necklace upon her marriage to Prince Mdivani of Georgia. Her father gave her this gift, which is made up of 27 Qing jadeite beads.

The Huttons asked Cartier to set the necklace in 1933, and the jeweler added the geometrically designed clasp made up of diamonds and rubies. This necklace recently went up for auction at Sotheby’s Hong Kong, and the Cartier collection purchased it for the sum of $27.4 million. This set the record for the highest price paid for a jadeite necklace in history.

One reason this necklace remains coveted today is nobody knows the origin of the beads. Each bead is beautifully translucent and features a perfect shape. All beads were carved from the same boulder, and some experts believe they were cut in the 18th century. However, this serves as only one piece of the impressive collection Barbara Hutton collected over her lifetime.

Many experts consider the Tiffany Yellow Diamond to be among the most important diamond of its kind in the world today. They believe the breathtaking canary yellow gemstone was discovered in 1877 in South Africa. Herbert Tillander, a jewelry and diamond historian, included the 287.42 diamond in his book “Diamond Cuts in Historical Jewelry-1381 to 1910”, along with other world-renowned gems such as the Polar Star and Kohinoor Diamond.

When Charles Tiffany acquired the diamond, he turned it over to the company’s gemologist George Kunz. Kunz, only 23 at the time, cut the gem into a cushion shape with a weight of 128.54 carats. It is said that only three women have been fortunate enough to wear this diamond.

Mrs. E. Sheldon Whitehouse wore it to the Tiffany’s ball in 1957 and four years later Audrey Hepburn wore it in the breakfast at Tiffany’s press photos. In 2019. Lady Gaga walked the red carpet at the 91st Academy Awards, and rumor has it that Gal Gadot will wear it in the upcoming movie Death on the Nile to be released in 2022.

Pearls serve as one of the most iconic jewels today alongside diamonds and rubies. Every woman should have at least one piece of pearl jewelry in her collection. The timelessness of this gem should never be discounted.