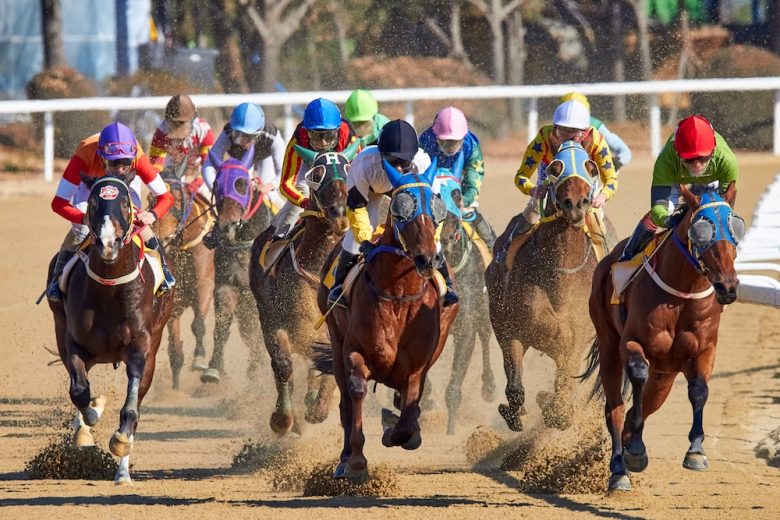 When most people think of horse racing, they think of male jockeys. But here are three women who’ve made their mark in the sport.

The majority of sports are male-dominated, and it’s assumed that sports fans are the same. However, in recent years, there has been a huge increase in women competing in sports, from football to boxing, and even horse racing.

Horse racing is still dominated by men, with only 14% of working jockeys being women. Of these 14%, three female jockeys stand out.

Around 600 million people, in 140 countries, watch the Grand National each year, whether they attend the races or watch at home. It is estimated that nearly have of Britain places a bet on the event and one in three of those being women.

Charlotte Brew is a British equestrian who broke down the gender barrier and made history in 1977. She was the first female in the Grand National and paved the way for female jockeys to participate in such high-profile racing events.

Despite not finishing due to a fall on the 12thjump, Brew paved the way for women and went on to compete in the 1982 Grand National, alongside Geraldine Rees.

After Brew’s participation in 1977, the Grand Nationals in 1978 and 1979 did not have any female jockeys. It was not until 1982 that more than one participated in the races.

Geraldine Rees and Charlotte Brew both took part, and Rees was the first female rider to complete the race. She finished 8th, again making history for women and continuing to show their skills in the sport.

At the 1983 Cheltenham races, Caroline Beasley made headlines when she was the first female to win at the festival, riding her own horse.

Caroline’s win paved the way for other female jockeys, deeming them serious competition. Only a few years later, Armitage became the second woman to win at Cheltenham. With such a low percentage of women competing in the races, to have two female champions in four years evidences their value and skill in the sport.

Carberry is an equestrian with a reported 412 career wins and she has let her gender motivate her as opposed to stop her after being the first female jockey to win at Cheltenham Festival, since 1987, in 2005.

Nina Carberry is the daughter of the legendary Tommy Carberry, who won the Grand National and Gold Cup during his career and her two brothers also being National Hunt champions.

Timeform is a specialist sports content and data provider with a long-established reputation for accuracy, credibility and judgement.