They set the example: 14 of the top influencers on YouTube 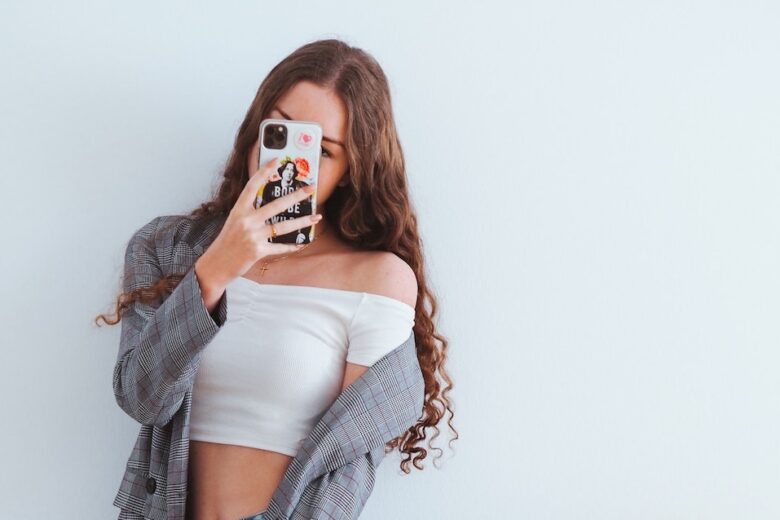 Ever fancied yourself as a YouTube influencer? We profile 14 of the top YouTubes to find out how they made it big.

YouTube is a huge platform, and one which presents almost unlimited opportunities to create your own channel and following – and start earning an income.

But for every millionaire YouTuber there are millions of amateur vloggers who post for free, or earn little from their endeavours.

So what separates the two? What can we learn from the people who have made it to the top? What’s the secret to their success? To find out, we profile 14 of the most influential (and possibly richest) YouTubers today.

Becoming an influencer is tough. This work requires many efforts put into the creation and maintenance of the reputation. The public image that one demonstrates is the key to becoming a well-known personality on YouTube. And in this article, we shall find out who are the top entrepreneurs on the platform.

This YouTuber named Felix from Sweden continues his domination on YouTube. By now the number of followers on his channel reached 107 million. He is often referred to as the most popular YouTuber in the world.

The prominent topic of his channel is gaming, Minecraft in particular. He also makes reviews on memes and stuff that takes place on Reddit. This year he announced that he will take a break from his activity online.

However, this fact did not affect the continuity of his growth. Maybe one of the reasons is the fact that PewDiePie is a trendsetter for many other YouTubers.

His channel has a lot of ideas that are useful to other bloggers. Also, his older videos remain relevant for new users, which is why PewDiePie can count on further growth even while he is on a break.

This channel focuses on family content. The creator of this channel is a Ukrainian girl, whose name is Diana. She makes videos about her family and friends, daily life, and leisure. Also, she produces educational content, like kids rhymes and songs, reviews for popular toys, etc.

By 2020, her channel grossed 66 million followers.

Five people are running this channel – Garret Gilbert, Tyler Toney, the Cotton twins, and Cody Jones. Their prominent topic is sports. And these guys are fine comedians. As it is said on their channel, they are five buds who are kickin’ it.

Their channel is highly entertaining, and by now has reached the mark of almost 54 million subscribers.

The colossal popularity of these guys online lies in their friendly and open style and lots of personal charisma.

The list could not be complete without this man. Mr Beast is famous because of his creative mind that brings quite eccentric ideas to life. This YouTuber has a unique personality, that has brought him to the mark of 45 million users who subscribed to his channel.

For example, he uploaded a video that was 52 hours long, where he is counting to 20,000. One of latest stunts that he pulled was filling his brother’s house with slime. Ew, but fun!

This Chilean guy breaks in this list on the fifth place. German Alejandro Garmendia Aramis is his real name, and he is a musician, comedian, and writer.

His content consists primarily of songs, which are witty and fun. By now his channel has over 41 million followers. As HolaSoyGerman continues to produce high-quality content in Spanish, his growth will predictably remain one of the most popular channels in this language.

He owns a channel, where he posts entertaining content of many genres, like parody, vlogs, reviews on recent movies, and other fun stuff. Whindersson comes from Brazil. Recently his channel has hit 41 million subs and continues its way to the top. It is also a popular Spanish speaking YouTuber.

And here comes the gaming content! Mr Ruben Gundersen is well known among gamers, as one of the most successful bloggers in this niche. His channel that holds a community of almost 39 million subscribers, consists mainly of gameplays that are diluted with vlogs.

Along with his Twitter activity, Ruben can be called one of the most influential people in the niche of gaming.

This young YouTuber is famous even outside of the platform, as he is the youngest person who made huge revenueon his channel. Yes, Ryan is that boy who reviews toys on YouTube. Also, he uploads some vlogs and collaborations.

His channel that has over 26 million subscribers, has made him a Richie Rich in real life. Want to buy a new toy for your kid, but not sure about it? Look through Ryan’s channel – there is a great chance that you will find a review about that toy there!

Lily Singh, commonly known by her nickname on YouTube – Superwoman, is a young girl who uses her popularity on the platform to shout out for social affairs of the world.

Although she started her channel as an entertainment, by now she is recognized as an activist for women rights and antiracism as well. At the moment her primary channel has almost 15 million subscribers.

But Lily has divided her activity online into different channels, which represent various spheres of her videos, so you can easily add another 3 million to her number.

This show once belonged to Buzzfeed production. Now, it is run separately by four guys who continue doing their thing. Keith Habersberger, Ned Fulmer, Eugene Lee Yang, and Zack Cornfeld are executive producers and the stars of the show.

The point of the videos is that guys try different professions, food, and basically anything that they find interesting. Of course, the process is revised with impeccable humor and a positive vibe.

To date, their channel has grossed 7.3 million subscribers, but as more people discover that they left Buzzfeed, the faster their growth goes on.

This is a channel that specifies food videos and vlogs. They will make your dream come true … and then eat it! The amount of subscribers by 2020 reached 7 million, and as the creators of this channel are providing a stable high-quality product, the continuing growth of popularity is just a question of time.

The place for bizarreness! This channel is held by two British guys, who are living their life to the fullest. The charismatic awkwardness is flowing through. They are setting up different pranks, challenges, and just fooling around in Britain.

At the time of writing, they have gained almost 6 million followers, and with the great consistency of their content schedule, they are destined to grow further. Many of their old videos are still shocking and funny, like nettle bath, or “annoy me” challenge.

This man is a revolutionary traveler. He has brought travel blogs to a whole new level, and many other YouTubers from this niche have something to learn from him.

Anton is a desperate fan of travel, and he translates this vibe through every video he makes. Excellent shooting, editing, and sound included. Although Anton’s channel has only 3,39 million subs, the average amount of views on his videos is around 9 million.

Anton is a Ukrainian blogger, but he uploaded English subtitles for his foreign audience, so his work is available for you to enjoy.

Jenna was one of the most successful influencers on YouTube. By 2020 her channel has 20 million followers. She focused on comedy versions of makeup tutorials, reviews for different cosmetics, and vlogs.

Unfortunately, in 2020 Jenna has resigned from her activity on YouTube. Nobody knows, will she ever return to being a witty beauty blogger. But her influence in the industry cannot be neglected or forgotten. Jenna Marbles was one of the first YouTube influencers, and her content still is in high demand.