The most popular camping destinations in England 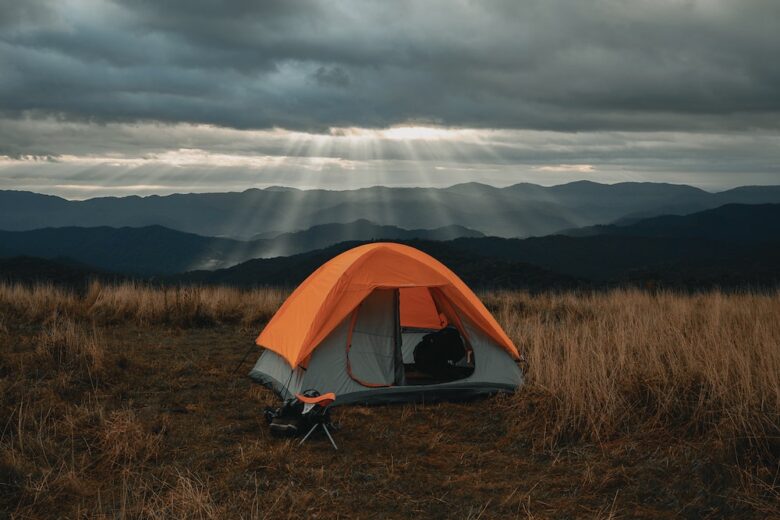 Despite our infamously unpredictable weather, the UK loves to camp. From windswept beaches to sunny farmyards lined with tents, from cosy teepees to rain-drenched caravan parks, there is nothing quite like the great outdoors during a typically temperamental English summer.

Although camping is seen as a cheap alternative to renting a cottage or splashing out on a hotel, the camping industry is worth around £2.4 billion each year, which shows its immense popularity. The number of camping trips every year usually hovers around 10 million, but it is clear to see certain trends reflected in the camping numbers of a given year.

For example, 2009 was a particularly popular year for camping. This was due to the financial crisis leaving the nation squeezed and looking for more affordable options for summer getaways. In 2020, by contrast, the number of camping trips were particularly low due to the coronavirus pandemic.

However, with international travel remaining uncertain for the foreseeable future and the fears associated with Covid-19 easing somewhat, it is expected that camping will become popular once again as more and more people look to domestic trips for their holidays.

What are the most popular camping destinations in England?

To conduct their research, Find a Cheap Flight looked at monthly internet searches of destinations in England followed by keywords such as ‘camping’ or ‘campsites’. Based on their research they then created a list of twenty destinations ranking from most to least popular.

Cornwall came at the top of the list with an average of 74,000 searches per month. With the Lake District and the New Forest coming in second and third with 60,500 and 49,500 searches respectively. At the other end of the table was Essex in last place with 4,400 searches, followed by Norwich with 5,400, and Somerset with 6,600 searches.

So let’s jump in and take a look at some of the most popular camping spots in the top-ranking destinations.

Whether you’re looking for sleepy harbour villages, sprawling coastlines, towering cliffs, or partying surfer towns, Cornwall’s got something for just about everyone.

If it’s seaside towns you’re after, there are wonderful campsites around Padstow and St. Ives. If you choose to go to either town you may want to try your hand at fishing on the popular fishing boat trips or take surfing lessons at one of the many surf schools that line the beaches. For the less adventurous, there’s always the option to simply relax on the beach or dine out at some of the most renowned seafood restaurants in the world.

Camping in the Lake District

In the Lake District, you are spoilt for choice when it comes to camping trips. Famed for its literary heritage, glacial lakes, and rugged fells, the Lake District has long been one of the most popular getaway destinations in England. It would take a whole book to reel off the best spots in the Lake District, but here we will have a look at two of the largest lakes in the area.

Lake Windermere is at the heart of the District and is the largest of the lakes by quite some way. Due to its size, there are plenty of campsites dotted all around the lake with many different offerings at each. As with all the lakes, there are fantastic walks and swimming spots in any direction you choose to look. There are also some of the more touristy attractions in the area with the Lake’s Aquarium, the World of Beatrix Potter, and Wray Castle all being within the vicinity of Windemere.

Dating back to the last ice age, Lake Ullswater is the second largest lake in the Lake District and also has wealth of campsites and caravan parks to choose from. Often said to be the most beautiful of all the lakes, Ullswater was a particular favourite of William Wordsworth, the Romantic poet who penned his much loved ‘Daffodils at Ullswater’ whilst visiting there. Ullswater is also famous for its waterfalls and has some fantastic guided waterfall walking tours in the area.

Camping in the New Forest

The New Forest is one of the largest forests in the UK and is known for its eclectic wildlife and fairytale woods. The New Forest is not short of campsites and caravan parks and you will often find the sites are located nearby a village or town with its own pubs and restaurants to choose from. There are also a number of horse riding stables, cycle hires, and quad bike rental companies in the New Forest. So whatever your preferred mode of transport, there is something for everyone when it comes to exploring this treasure of southern England.

When to go camping

When it comes to camping in the UK, it is best advised to avoid the colder months of the year. October through to March is likely to be damp and chilly and many of the best campsites will not operate during this time. However, if you simply can’t shake the urge to get into the great outdoors, there are caravan parks and teepee sites that will provide a warmer stay all year round.

The peak months for heat and tourism are always going to be June to September, with especially high numbers during the summer holidays in July and August.

Many find the ideal time to go camping is between April and June or September and early October. During these months, the climate should still be pleasant enough and there are far fewer tourists around, which makes for a much quieter trip.