“The median earnings were $0.00” – what the 2020 LuLaRoe income disclosure statement reveals about the ‘opportunity’ 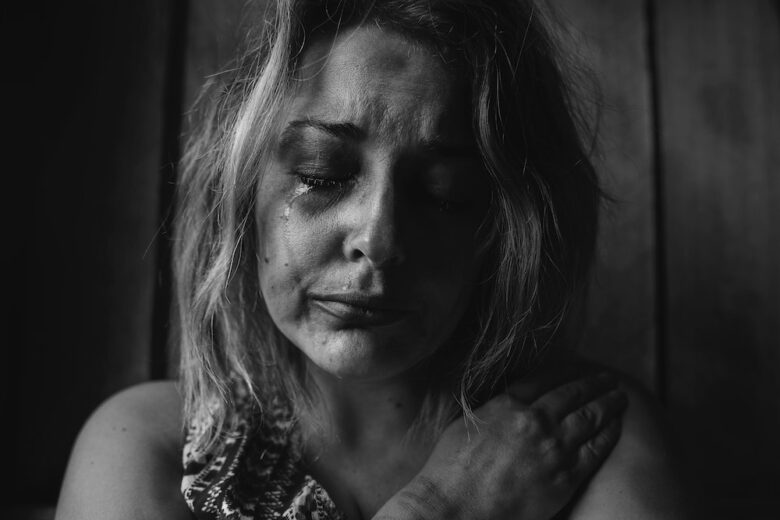 How much can you earn in an MLM like LuLaRoe? To find out, we looked at LuLaRoe’s 2020 income disclosure statement – and were sadly unsurprised by the depressing numbers.

(Find out here why the shocking numbers you are about to see haven’t stopped LuLaRoe recruiting!)

Why did Washington State file a lawsuit against LuLaRoe?

Examples cited by Ferguson include:

However, instead of making money, many of LuLaRoe’s Independent Retailers say they were left with debt and unsold merchandise they could not return without taking a loss.

Ferguson said of the case: “LuLaRoe tricked Washingtonians into buying into its pyramid scheme with deceptive claims and false promises. As a result, thousands lost money and two individuals made millions from their scheme. Washingtonians deserve fairness and honesty – and accountability for those who don’t play by the rules.”

What was the settlement between Washington State and LuLaRoe?

As well as paying $4.75 million, LuLaRoe was required to:

So what is in LuLaRoe’s 2020 income disclosure statement? Let’s take a look.

At the start, LuLaRoe point out that their disclosure statement contains information regarding the gross profits of any Independent Retailer who processed a transaction at any point in the year 2020, whether that was a wholesale purchase or a retail sale.

Gross profits in this instance include five components:

Gross profits doesn’t take into account business expenses, so it’s important to remember that the amounts LuLaRoe share aren’t actually money in the pockets of Retailers. At the end of their income disclosure statement LuLaRoe list (as is required in their agreement with Washington State) some of the expenses retailers need to deduct from the money they make. These include:

LuLaRoe say that these expenses “can be several hundred dollars or thousands of dollars annually.” It’s important to bear this in mind when you look at how little Retailers are earning before these expenses need to be deducted.

How much profit did LuLaRoe Retailers make in 2020?

And that is before deducting business expenses, which LuLaRoe themselves state can be “several hundred dollars or thousands of dollars annually”.

So LuLaRoe know that almost one fifth of the people who join their company may lose money, potentially a LOT of money, even before they deduct unavoidable business expenses, such as shipping.

What’s the difference between ‘average’ and ‘median’?

You notice they give two gross profit figures here: average and median. Why are the numbers different, and what do they mean?

This is especially important in MLMs when research shows that an average of 99.6% of people will possibly lose money, and only 0.4% make a profit. The profit of that 0.4% is so large that it significantly influences the ‘average’ profit and makes it misleading, because very, very few of participants ever stand a chance of seeing any of the money that is included in the ‘average’ calculation.

This is why MLMs are so fond of mean averages – it inaccurately represents the actual distribution of money. A median average is a far more responsible way of showing what people are earning in an MLM as it shows a more accurate picture.

It’s for this reason that LuLaRoe were obliged to show the median average in their income disclosure statement, and as you can see it’s a far lower number than the mean average.

How many LuLaRoe retailers earned money from their compensation plan in 2020?

Almost every MLM requires their participants to make a specific value of sales (usually monthly or every three rolling months), or recruit a certain number of people underneath them, in order to qualify for their compensation plan. And we often see that over 80% of people actively working the business fail to meet this requirement.

LuLaRoe appears to be no different, stating that 85.38% did not receive any earnings through their Leadership Compensation Plan. This means that the mean average Leadership Compensation Earnings of all Retailers in 2020 was $1,235.97. And the median earnings, which is a more accurate reflection of most people’s experience? $0.00.

Yes, the median Leadership Compensation Earnings of all LuLaRoe Retailers in 2020 was zero. And don’t forget, they still need to deduct “several hundred dollars or thousands of dollars” in expenses. So in fact, the average Retailer didn’t make nothing – we believe, based on LuLaRoe’s own figures, that they lost money.

Yes, of the 14.62% of Retailers who earned through the Leadership Compensation Plan, the average monthly profit was $43. And that’s before deducting “several hundred dollars or thousands of dollars” in expenses.

Here’s what the distribution of earnings to only those 14.62% of Retailers looks like (don’t forget, the 85.38% who earned nothing from it aren’t included here):

How much did LuLaRoe Retailers earn from retail sales in 2020?

And what about retail profits alone? Here’s how much money LuLaRoe retailers made through retail sales (not including any earnings through the Leadership Compensation Plan):

LuLaRoe say that the mean average gross profit of a Retailer in 2020 was $8,837.44, and the median gross profit was $1,438.66 – or $119 a month. And again, Retailers need to deduct expenses from this, including shipping of products to customers.

Also once again, we’d imagine that based on these numbers, the average LuLaRoe Retailer is likely to have lost money.

Again this is before subtracting business operating expenses, so the true loss for these people is likely to be much higher.

How do the REAL earnings compare to LuLaRoe’s claims?

The Washington State Attorney General filed a lawsuit against LuLaRoe partly because the claims they were making were irresponsibly and unethically (in our opinion) very far from the reality of the people who signed up to the company.

Let’s revisit some of those apparent claims:

Bear this in mind when you recall some of the numbers from LuLaRoe’s own income disclosure statement:

Let’s also take a moment to acknowledge how some LuLaRoe Retailers have described their experience with the company. Here is a quote from one former Retailer, shared in a Facebook group. Her words sum up what many women say they have experienced or felt about their time with and after LuLaRoe:

We believe that the huge disparity between the lived reality of reps, and the marketing messages of MLMs like LuLaRoe, as well as the lies perpetuated by the uplines – the 0.4% who generally profit from the rest of the people in the company – is the cause of the huge psychological and emotional damage many, very sadly, experience in MLMs

To discover just what “a crazy and incredible opportunity” LuLaRoe really is, let’s compare the earnings (BEFORE expenses) of their Retailers with what a waitress earns. The average salary for a waitress in the USA in 2019 was apparently $22,890.

According to LuLaRoe, only 10.6% of all Retailers earned over $25,000 in 2020. And again, to remind you, this is gross earnings and doesn’t include business expenses, including the cost of shipping products to customers. LuLaRoe themselves say that business expenses “can be several hundred dollars or thousands of dollars annually.”

So the true ‘income’ of that 10.6% who make more than a waitress on paper is likely to be much less. Or, to put it another way, it looks like you are likely (at least 90% more likely) to be better off getting a job as a waitress than you are joining LuLaRoe.

Want to know some of the history of the dramas surrounding LuLaRoe? Read our article here.

It’s rare that an MLM will produce an income disclosure statement voluntarily, like Tropic Skincare in the UK do. Often, when MLMs do produce them, it’s because they operate in a country that requires them, or they have been ordered by a court or legally binding agreement to produce them, like Amway and LuLaRoe.

And you can see why they are reluctant to share the truth about their businesses. Because the numbers are often the same: over 80% of people actively working the business earn no money from it. Which means, when you factor in expenses they have lost money.

And not just money. According to the UK DSA, 49% of MLM reps spend more than 10 hours a week trying to make the business work for them. So most of them will be working hard for free, or worse – working to LOSE money.

Even those who do earn money earn a pathetically small amount on the whole. It’s always the tiny top percentage who earn the headline-grabbing numbers (and as we reveal here, many of them aren’t as wealthy as they make out…).

That’s why experts like Robert FitzPatrick, author of Ponzinomics, state that the mean average earnings for people in most MLMs is zero. And why this research published on the FTC website calculates that, on average, 99.6% of people in an MLM will lose money once business expenses are deducted.

You can read more about the MLM industry in these articles:

Last updated on Apr 6th, 2022 by Hannah Martin
We use cookies on our website to give you the most relevant experience by remembering your preferences and repeat visits. By clicking “Accept”, you consent to the use of ALL the cookies. However you may visit Cookie Settings to provide a controlled consent.
Cookie settingsACCEPT
Manage consent