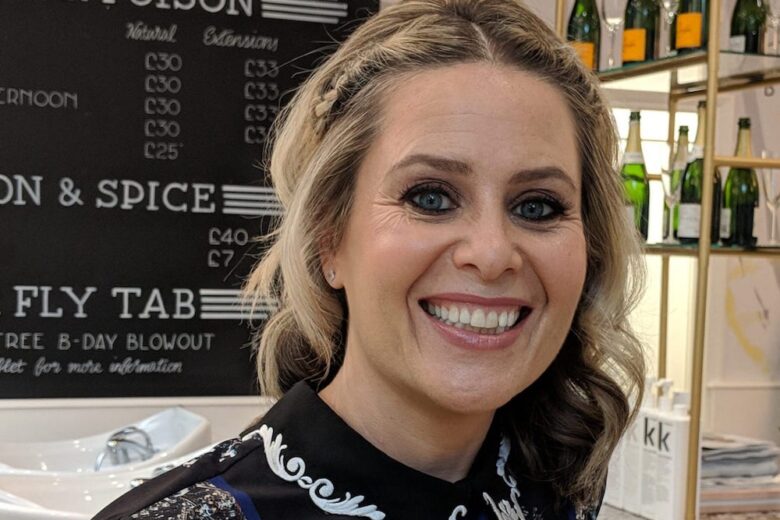 It’s a really difficult time for freelance journalists right now. With print publications struggling and budgets disappearing, there seem to be fewer jobs and less money.

But one journalist whose career is thriving is Suzanne Baum. We’ve interviewed Suzanne three times over the past eight years – initially in April 2014, and then again in May 2015 and June 2017. We love catching up with how our interviewees’ lives and careers have progressed so were delighted when Suzanne got in touch again.

We asked Suzanne to share what she’s been up to, how she’s managed to grow her career in such a tough market, and what advice she has for new and struggling freelance journalists.

It’s been more than four years since we last spoke to you. What’s happened since then?

So much has happened. I have continued writing, reporting and editing and landed an amazing job as deputy editor on Fit&Well which I did for two years. Sadly the magazine was forced to shut when Covid hit which was a real shame but I was lucky as I was able to pick my freelance work up again very quickly.

I have developed a very large platform on social media which I think has helped project the work I do. As a celebrity interviewer it has really propelled my work into the limelight, with agents, PR’s, editors and celebrities themselves seeing the work I do and reaching out to share their stories with me. I’ve been in the industry for over 20 years so I think they trust my experience, sensitivity and ability to interview, report and write on a story.

Although I’ve always been a beauty writer, I now have columns across so many platforms, including Glamour, the i paper, the Indy and the ES. I also write a consumer column for The Sun.

Your career looks like it’s been going from strength to strength. What’s been the highlights for you?

Thank you so much. I think there are a few highlights. During Covid I managed to keep up my interviews, sharing the stories of not just the celebrities and A-listers, but the people in the community doing amazing things.

I also got the opportunity to interview the leading cast members of so many of the shows we all binge-watched. From the cast of Bridgerton to I’m A Celebrity, I was kept very busy. I also did a lot of live TV which is my proudest moments, mainly because I thrive on live news but also because the stories I reported on were so vitally important.

From Covid on campus when I reported on both my sons having it at the same time and being locked up in halls to the mental health crisis facing students. And I also spoke on the small businesses and how we could help support them which was very important at a time when the industry was in crisis. And finally, my best moment was being given the entertainment slot on GB News where I presented the highlights of the year live on Xmas Day.

It’s a tough time right now for journalism – especially print – how have you found the industry has changed?

It has changed vastly. I think with news being digital and online now it is just so easy to access everything at the touch of a button. I was a real magazine addict but even now I very rarely buy.

As a journalist what has changed for us is the need to understand how to use SEO. It is an important tool and something I am still trying to get my head around.

What’s your secret? How have you remained busy?

I think I’ve always maintained a good reputation, both with colleagues, editors, PR’s, agents and celebrities. I have never misquoted anyone and I think the fact my byline continues to appear daily means people trust me and know my work.

As an interviewer, there is a real need to connect with people and I think I do that well, treating everyone the same. And every job I do, I always bring a smile with me. Nobody wants to be around a miserable face and people often comment on the energy I bring to an interview is infectious which is very flattering.

You’ve interviewed a few well known people. Who has been your favourite, and why?

Gosh, so many. I love Laura Whitmore, Peter Andre and Amanda Holden; I’ve worked with them all on several occasions and they are just lovely down-to-earth people. I was lucky enough to interview all the gold Olympian winners this year and they were incredible. Then there are the footballers like Peter Crouch and Patrice Evra; that is the only time my three teenage boys pay any attention to my work!

The ones that really touch me the most are the celebrities who have a health story to share; everyone from Deborah James (Bowel Babe) to Sky’s Jacquie Beltrao who have used their social media platforms to open up about their cancer fights to help others going through the same.

What advice would you give someone starting out in journalism right now?

I’d be totally honest and say don’t go in it for the money. It is not a well-paid industry. Try and start off with an editorial assistant job if you can, there are many places that offer post graduate jobs. If you can just get your first byline then things can start to roll. Also, try and specialise in one area of journalism so you can finesse your skill. I love being a lifestyle writer as it covers so many areas.

And what advice would you give a freelance journalist struggling to find work right now?

Never give up. I know it can be so disheartening when you pitch ideas and nobody replies or you keep getting knock backs. Many journalists who struggle go down the copywriting path which pays well. I’d also suggest honing your digital skills if you can as these days more jobs require technical and online experience.