Six famous entrepreneurs who turned their neurodiversity into their secret weapon 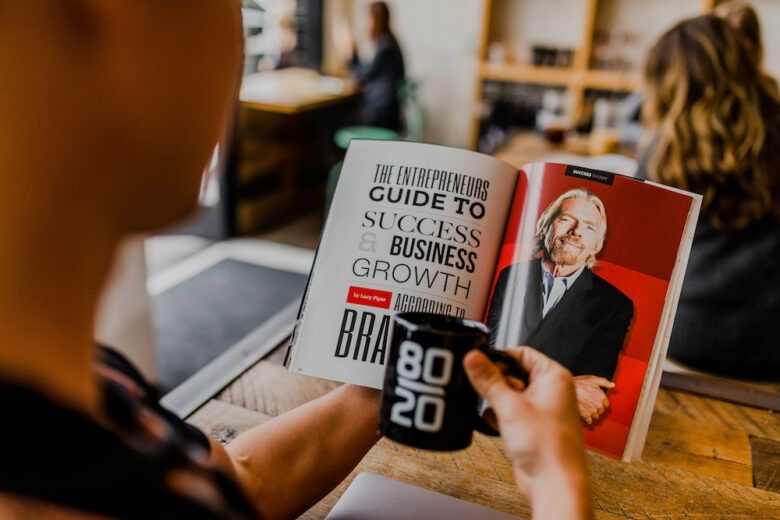 Are you or your child neurodiverse? Find out why it can actually be a gift, and learn about six famous business people who turned their neurodiversity into their superpower.

A few years ago, my son was diagnosed with ADHD. And in researching the condition to help me understand it and him better, I realised that I too had it.

I also learned, through my research, that many well known business and creative people also had ADHD – and many of them actually credited it for their success. As a result, I wrote this article explaining why I believed that ADHD was my superpower.

So it was no surprise when the team at Business Name Generator revealed that some of the most famous and successful entrepreneurs of the 20th and 21st centuries have been people who consider themselves within one or more neuro identity groups.

If you or your child are neurodiverse and looking for some inspiration, here are six business bosses who have embraced their unique thinking styles and achieved huge success.

Founder of the Virgin Group, Richard Branson is considered by some to be the business icon of our times, created a multi-billion dollar empire across industries such as music, media, and travel.

Branson, who has ADHD and dyslexia, has credited these conditions with his business success.

Speaking on his website about his dyslexia, Branson stated “I see my condition as a gift, not a disability. It has helped me learn the art of delegation, focus my skills, and work with incredible people.”

Worried your child has dyslexia? Read here to find out how you can get a diagnosis, what to do next and why dyslexia can be their superpower.

Charles Schwab, the founder of the eponymous multi-billion dollar investment services provider is also dyslexic, although he was diagnosed with his condition until he reached the age of 40.

He has been clear on how dyslexia has been a challenge, saying “if you gave me a book on some subject that I’m not familiar with, it would take me twice as long to read it as anybody else.” He also notes though how it is a strength, stating that it has given him “better visualisation capability and conceptual vision.”

Barbara Corcoran, like others on this list, faced challenges at school: in her case, her grades suffered due to challenges related to dyslexia. But her mother apparently drummed into her that her ‘disability’ was a gift, not an impairment, and would enable her to solve problems by using her imagination to fill in the blanks.

After school, Barbara Corcoran turned a $1,000 loan from a boyfriend into a $5 billion dollar real estate empire, leveraging many of her dyslexic traits.

Now, as a Shark Tank investor and highly respected businesswoman, she is an inspirational example of how someone who faced challenges in education can both overcome these challenges and outperform their peers.

Ingvar Kamprad was a Swedish business magnate and the founder of IKEA, whose first entrepreneurial endeavour was selling matches to neighbours from his bicycle as a young boy and later selling homeware.

Kamprad was diagnosed with both dyslexia and ADHD. It was his difficulties remembering product codes that led to IKEA’s famously creative furniture names – chairs and desks have men’s names, plus garden furniture uses names of Swedish islands. This ended up becoming one of the defining aspects of the ultra-successful brand.

David Neeleman founded JetBlue Airlines, and is now CEO of Azul. A posterboy of ADHD entrepreneurship, Neeleman was the principal subject of an influential Forbes article entitled, ADHD: The Entrepreneur’s Superpower.

Neeleman has clearly articulated the benefits ADHD has given him in his highly successful business journey, saying: “I can distil complicated facts and come up with simple solutions. I can look out on an industry with all kinds of problems and say, ‘How can I do this better?’ My ADD brain naturally searches for better ways of doing things.”

During Elon Musk’s guest appearances on SNL last year, entrepreneur, billionaire and business icon announced that he is on the autistic spectrum. This announcement sparked many conversations about neurodiversity globally.

He said during his appearance: “I don’t always have a lot of intonation or variation in how I speak, which I’m told makes for great comedy. I’m actually making history tonight as the first person with Asperger’s to host SNL – so, I won’t make a lot of eye contact with the cast tonight. But don’t worry, I’m pretty good at running ‘human’ in emulation mode.”