Six facts about female entrepreneurs that may surprise you 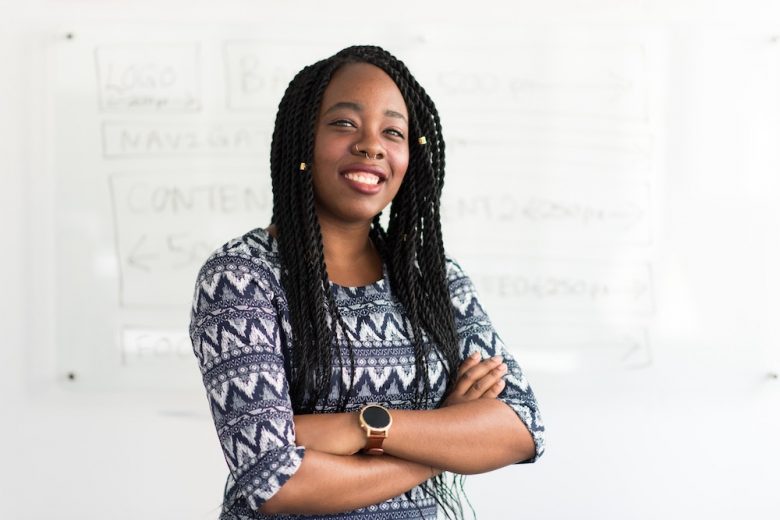 In need of some business inspiration? Here are six positive facts about female entrepreneurs that may surprise you.

It’s easy to survey the business world, and assume that it’s dominated by men. Certainly it sometimes feels like the rules were written by them!

But the times are changing and we’re seeing – even if it’s slower than we’d like – more and more women climb the ladder in the workplace, and launch their own successful businesses.

In fact, it can sometimes be good to take stock of just how far we have come, and take inspiration from the achievements of others. Because every woman who succeeds paves the way for more behind her.

So, in this spirit, here are six positive facts about female entrepreneurs that may surprise you.

1) Female entrepreneurs are driving growth in the US

It’s not just the numbers of female entrepreneurs that have increased; their total contribution to the US economy has been prime in driving the nation’s financial growth too.

Businesses started and led by women contributed a total of $3 trillion+ in 2017, and the contributing establishments also accounted for creating and sustaining a total of 23 million jobs all across the country.

Keep in mind that this was the last piece of data available at the time of writing, so as it’s almost 2020, it would be fair to make an intelligent estimation about those numbers being even more impressive now.

2) Statistics show that women are better leaders in business

While gender bias may be common, it seems to have had no effect on curbing the talents of female entrepreneurs in not just the United States, but internationally as well.

There seems to be a clear connection between how various companies perform, and whether they have a female entrepreneur or appointed CEO leading from the top or not. This conclusion was reached after Nordea released the results from an analysis conducted on 11,000 corporations across the world and multiple sectors.

Check out the Los Angeles Times post to read more about the exact details, but to put a number on the final findings, it would be fair to state that businesses that have a female leader on top (whether an appointed CEO or a founding member) are putting out a performance that’s roughly double that of their male-led counterparts.

Some of the comparisons were drawn by comparing competing organizations in the same segment, while others were a comparative analysis between how the same company performed under different leaderships.

When it comes to granting business loans and other funding options, there is some clear disparity that can be qualified as gender bias. This is precisely what makes the statistics showing a significant rise in the number of female business leaders such an exciting fact for women-led start-ups.

It makes things a little less difficult for new businesswomen in any field when they can get unbiased treatment from other leaders who have already made it to the top.

4) Texas is the leading state for female entrepreneurs

According to the National Association of Women Business Owners, and confirmed by other surveys, Texas is the number one US state for female business owners once again.

Texas achieved this status at the end of 2017, but unfortunately the state slipped into the eighth position last year. Although this year isn’t yet over, all stats point to the fact that Texas is going to take that position once again.

This is precisely why a Texas LLC is something every female entrepreneur in the state or those living nearby should consider. Even if you are not from Texas, or you have moved away, it might be possible for you to register an online business through the state.

A company dedicated to diversifying the corporate sector and promoting women’s growth in business, Truic’s Howtostartanllc.com has a dedicated page to teach fresh entrepreneurs the details of how to start an LLC in Texas, so you can take advantage of the state’s many policies which favor female entrepreneurship.

Business and good mental health don’t usually go hand in hand, as the stress of entrepreneurship sometimes proves too much for top executives. However, that doesn’t seem to be the case anymore, as a report from Inc.Com states that happiness is much higher among business owners than the average working woman in United States.

This in turn is a clear indication of the fact that women in general actually thrive under pressure, which is probably also the reason why women entrepreneurs are seeing twice as much productivity from their own companies than their male counterparts or predecessors!

6) It’s their own ideas that made female billionaires rich

MacKenzie Bezos is the third richest woman in the world, and although the origins of her wealth may not be so self-made, about 88% of the richest women on the planet have built their own affluence.

The likes of Diane Hendricks, Oprah Winfrey, Doris Fischer, Jin Sook Chang and a long list of others founded their own companies and generated their own wealth. The number is getting even higher with each passing generation, as female inheritors of billion-dollar estates are actually doing better than their male counterparts in this regard too.

Although the chances are certainly slim, if you have a strong enough idea, there is no reason why you can’t end up on that list of the richest women alive either. It’s certainly worth a shot to try and become the richest in your city at the very least!

The overall growth of the ideal environment

There are many other facts that are extremely encouraging, and portray a bright future for female business owners. But perhaps the most important conclusions here can be summarized in an overview.

Taking the facts already discussed into account, as Wel as others too numerous to be included here, the following conclusions can be drawn:

Keep in mind that most sectors don’t care about the gender of their leadership. As long as you are a strong, intelligent and shrewd businesswoman, nothing or no one can impede your progress.

Published on Dec 18th, 2019 by Hannah Martin
We use cookies on our website to give you the most relevant experience by remembering your preferences and repeat visits. By clicking “Accept”, you consent to the use of ALL the cookies. However you may visit Cookie Settings to provide a controlled consent.
Cookie settingsACCEPT
Manage consent