Should you be paid the same as your male colleague? And how can you ensure you are 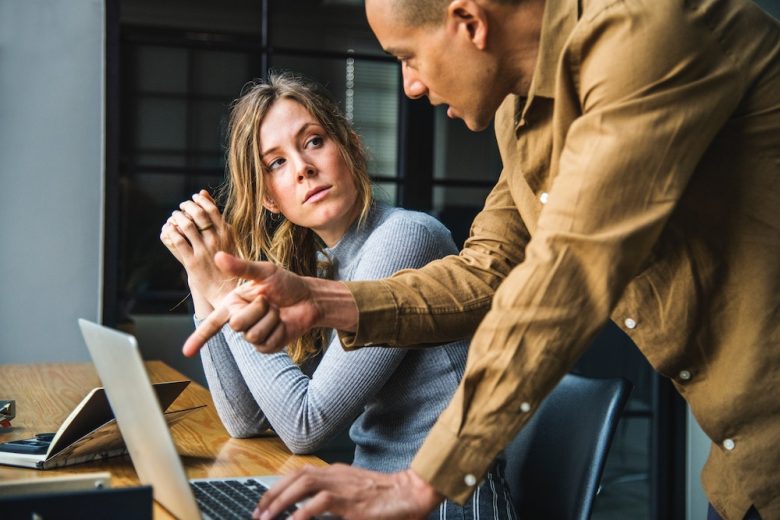 Are you entitled to be paid the same as your male colleague? And if so, how can you ensure that you are? Katy Meves from Springhouse Solicitors guides you through your legal rights and options.

As revelations about TV presenters and editors at the BBC recently show, women are often utterly ignorant of the fact that their male colleagues are being paid more than them, particularly where there is a culture of strict non-disclosure.

But how can women get visibility of any pay discrepancies in their workplace, and, where they exist, ensure pay equality?

What does the law say?

We have had equal pay laws in the UK for nearly 50 years, in its latest incarnation the relevant legislation can be found in the Equality Act 2010.

Men and women have the right to equal pay for equal work and it is unlawful for an employer to pay men and women differently for doing equal work.

The law guarantees equality in respect of all contractual terms such holiday entitlements and other benefits, not just basic pay. Each term of the contract is considered separately and it is irrelevant whether your overall package is equal (or even better) when considered as a whole.

Can I bring a claim, if I need to?

In short, you will be able to bring a claim if you:

In order to bring a claim for equal pay you must identify a real life comparator of the opposite sex.  Your potential comparator must also be “in the same employment” as you. This means they must be employed by the same employer or an associated employer (such as a parent company) and, generally, work at the same establishment.

However, a comparator does not have to be working in the job at the same time as you, they could be your predecessor in your job.

How do I get hold of the figures?

It’s no good just having your suspicions; you need to have hard evidence in order to challenge your pay. Many employers have traditionally included non-disclosure clauses in their employment contracts and it might be argued that it is the lack of visibility about pay in many sectors which has enabled pay inequality to become established.

However, there are seemingly little known provisions in the Equality Act which enable colleagues to have discussions about pay and, importantly render unenforceable any contractual terms which purport to require confidentiality.

Employees are also legally protected against any victimisation for requesting or providing any information about pay (section 77 of the Equality Act 2010). Ex-employees are also covered by these provisions.

It is important to note however, that this protection only applies when the purpose of asking someone about their pay is with a view to finding out whether any difference may be connected with gender. It would not therefore extend to a situation where someone disclosed details of their salary, in breach of a confidentiality term, during the course of negotiations with a new employer.

Interestingly, the protections in section 77 do not just extent to those trying to find out about gender pay disparity but, any “protected characteristic” which would include race and disability.

So, if you have your suspicions then ask, and don’t be fobbed off with the excuse that pay is “confidential”.

If I have discovered my male colleague is being paid more, what can I do?

Once you’ve employee has armed yourself with the relevant pay information you could bring a formal grievance using your employer’s own procedure.

However, it might be more productive to approach the matter informally first by speaking to your manager or HR. It’s just possible that your organisation might not be aware of the discrepancy and a friendly, but firm, chat might be enough to spur them into remedial action.

The ultimate enforcement mechanism for you if you believe you have not been paid equally in comparison to someone of the opposite sex (male or female) is to bring an equal pay claim in the employment tribunal (which is free) or the civil courts (where a fee is payable).

What happens if I am forced to litigate?

You don’t need to resign to bring a claim for equal pay and there is no minimum service requirement before you can bring a claim. In summary, you will need to:

Given the reputational issues, an employer will usually robustly defend an equal pay claim, and it will be able to do defeat an equal pay claim if it can demonstrate that any difference in pay was down to a material factor which was nothing to do with the sex of the employee, in any way.

It is therefore a useful exercise for a potential claimant to anticipate what “excuses” for unequal pay their employer may be able to point to. Examples include:

Whether or not such a defence is effective is ultimately a matter for the court or tribunal’s discretion.

Often this is for historical reasons with the inequality hidden because it’s not obvious and people don’t realise they can compare themselves with others not doing exactly the same job.

There are various claims currently going through the employment tribunals against  supermarkets, Tesco and Asda who face claims by predominantly female store workers who are comparing themselves with predominantly male warehouse staff.

Such cases will certainly attract publicity and increase public consciousness of equal pay. Indeed, the floodgates could very well be opening in the private sector (after years of equal pay being very much a public sector issue), watch this space!

You’ll find more advice on your rights as an employee in these articles:

Katy Meves is a Partner at Springhouse Solicitors, a niche employment law firm.