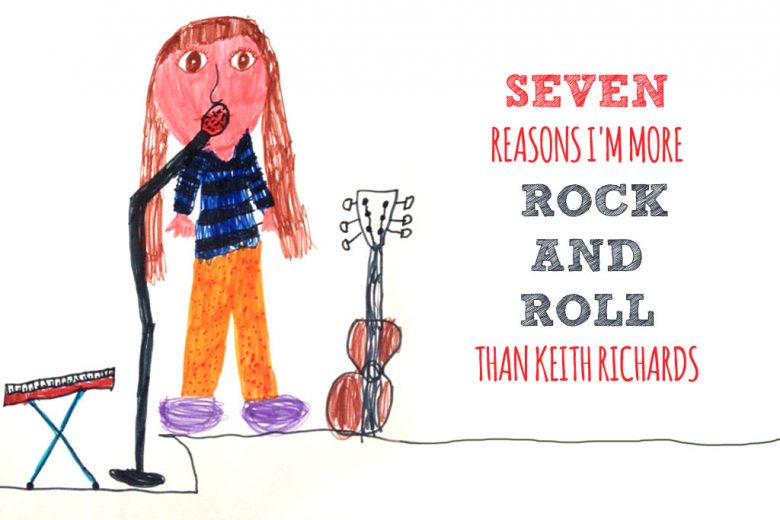 Recently Sara Bran discussed the phenomenon of school playground mum tribes, and confessed to us that she was a Wanker Mum. Now she’s revealing a whole seven ways she’s more rock and roll than Keith Richards. (You can read the original blog and more of Sara’s brilliant writing on her site.)

Why I’m more rock and roll than Keith Richards

When I was young *croaky voice* I was in a band. All those decades ago, as I smoked a tree-sized doobie with the drummer of an indie band in a dank rehearsal room,  I never thought to myself, “Well, this is great fodder for a future blog about parenting.”

I have to tell you, being in a band is the best training for family life EVER. Because motherhood is so rock and roll.

Motherhood is more rock than Keith Richards blowing cocaine up Stevie Nicks’ bottom. (He never did this.) And parenting is more roll than an entire fridge of frozen desserts at Iceland. Here’s why:

As the lead singer of my band, I was queen of the mood-swing, prone to episodes of unabashed egotism and crushing bouts of low self esteem that made me cry in the toilet and do nervous diarrhea before every gig. This is EXACTLY what I’m like before every parents’ evening.

When I was giving birth, I let a load of strangers see my fanny and I said ‘yes’ to every drug offered. I did not do this when I was in a band.

While I was pregnant, people did treat me a bit like royalty. No one gave a toss when I was in a band.

When I made records, no one wanted to produce me. As a mother, after my first product (daughter #1) gained much critical acclaim, everyone wanted me to produce another ASAP.

Negotiating with a dysfunctional bass player, a drummer who these days would be prescribed Ritalin, a keyboard player prone to building radios and a guitarist who thought he was God prepared me perfectly for my children’s birthday parties.

The reviews of my children have been excellent compared to the ones of my gigs and records. One music reviewer compared me to a Hobbit, which is frankly both size-ist and hair-ist. I’ve never suffered such crippling reviews of my parenting.

Also, the whole rock n’ roll, cigarette-stinking tour-bus-full-of-strangers who just want you for your free drink and snacks thing? I have a child-filled Ford Focus covered in puke and biscuits and a battle going on for Fruit Shoots. *rock fist sign*

Being in a band is JUST like having a family

Forget the Grammy Awards, I want a Mammy Award for lifetime achievement! Basically, being in a band is the closest thing to designing your own family ever.

You get to be really dysfunctional, go on road trips together and see everyone in their pants. You are perpetually exhausted and someone is always tantruming, vomiting or needing a wee. There is no better training ground for parenthood and frankly, it should be the basis for a new GCSE. I’m going to run it past Gove.

Sara Bran is a writer, content provider and social media trainer though her company Handheld Media. 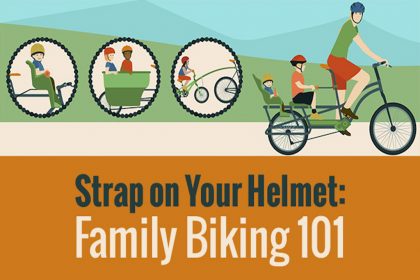 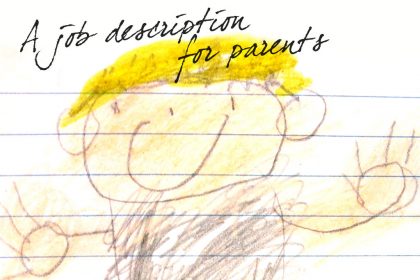 A job description for parents – how qualified are you? 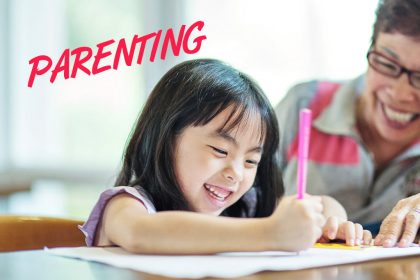 Do you have a parenting crap cloud? 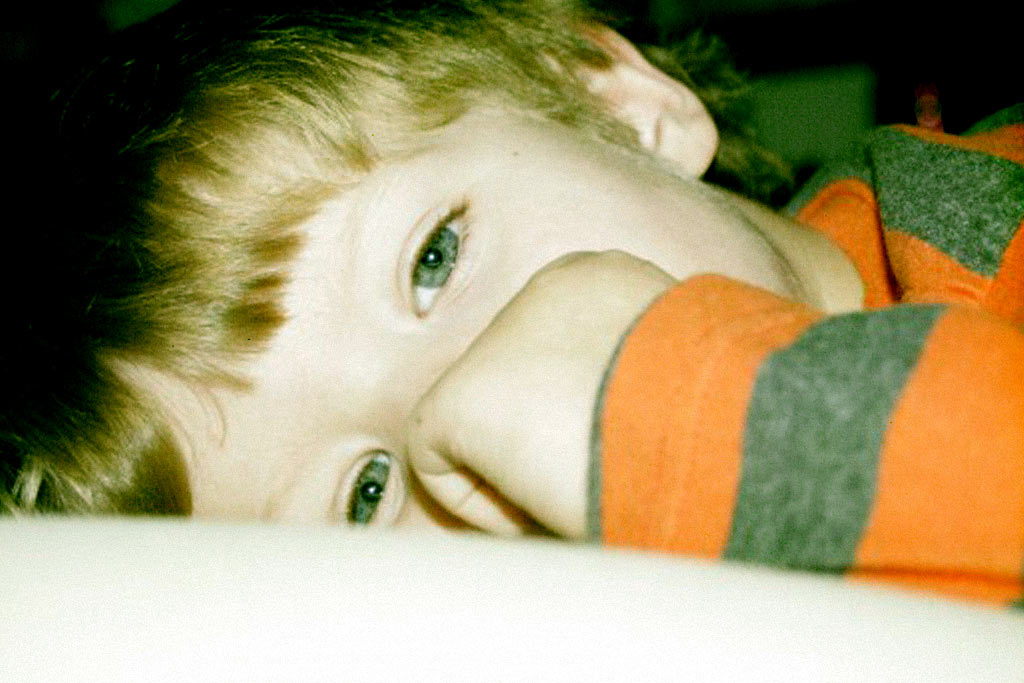 How can I help my child to sleep through the night? 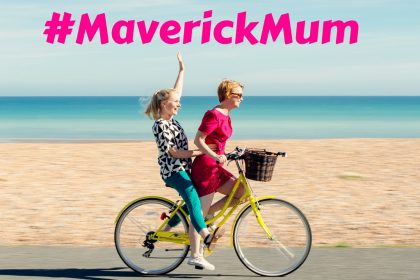 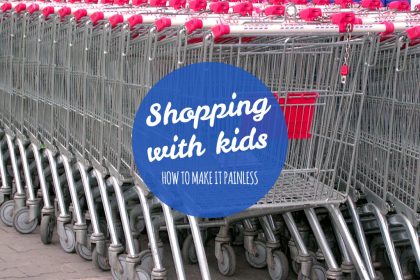 Shopping with kids – how to make it painless