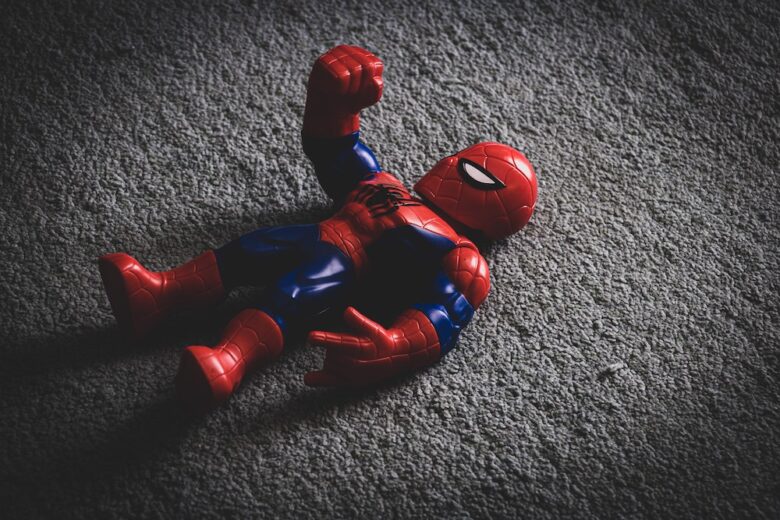 Movies are a fantastic way to keep our children entertained, but their purpose extends beyond amusement.

Not only should parents and caregivers look for appropriate films that their little ones will enjoy, but they should also look for films that contain role models that can inspire, motivate, and encourage.

From as early as 19 months, kids can begin to copy what they see in others, which is why it’s crucial caregivers expose them to positive content.

Here we look at seven classic and modern film characters who serve as fantastic role models for kids. Grab the snacks and kids’ pyjamas because you’ll want a movie marathon after this!

Inside Out first premiered in 2015 and follows the life of Riley, an 11-year-old who is forced to embrace a new life in San Francisco after leaving everything she knows behind in Minnesota. Her actions are controlled by her five core emotions: Joy, Sadness, Fear, Disgust, and Anger.

Riley’s character is a great role model for kids because she demonstrates resilience; she goes through a huge life change and is forced to learn how to deal with the consequences of this. The role her emotions play teaches children that it’s OK not to feel joy all the time and that all feelings need to be embraced.

2) Charlie (Charlie and the Chocolate Factory)

Nobody inspires children quite like Charlie Bucket! Created by British novelist Roald Dahl, Charlie and the Chocolate Factory was originally published in 1964 before being adapted for the screen – first in 1971 and then again in 2005. Viewers can join Charlie, a sweet little boy caught up in a life of poverty, on a highly anticipated tour of the famous Wonka Factory.

Charlie is an incredible role model to little ones because he demonstrates kindness, patience, and optimism despite the awful challenges life continues to throw at him. His grandparents are bedridden, there’s never enough food to go around, and he’s forced to sleep on the floor. For many, this type of life would turn us bitter and cynical, regardless of age, but Charlie never loses positivity.

This 2021 film was both a commercial and critical success, earning over £200 million at the box office and receiving widespread critical acclaim. Encanto itself boasts several impressive features, but it’s the characters who captivate the audience the most – specifically, Mirabel.

Your children can look up to Mirabel, the film’s protagonist, because she’s determined, forgiving, and very family-orientated despite feeling like an outsider. When danger is brought upon the family miracle, Mirabel – who received no magical powers like the other Madrigals – risks everything to protect it.

Although Po is technically a panda, he still represents everything that’s good in somebody, and your child should be encouraged to adopt Po’s most endearing qualities. Despite his clumsiness and the fact that the wider kung fu community (initially) refuses to accept him, his unwavering enthusiasm helps him persevere.

Po shows us that it’s perfectly fine to do things a little differently and can be seen to encourage young children to find their own way in the world. He was presented with challenges at first, but in the end, he fulfils his destiny and becomes a true hero.

If you want your little one to grow up brave, independent, and with a strong sense of self, you should expose them to Luna Lovegood’s character in the Harry Potter film series. This wonderful character doesn’t appear until the fifth instalment of the franchise (Harry Potter and the Order of the Phoenix, released in 2007), but a Harry Potter marathon is never a bad idea.

Luna is proud to be different, and she doesn’t let anyone else’s opinions or judgements get in the way of being her true, authentic self. Sure, she’s seen as a little weird and quirky (‘Loony Luna’), but she refuses to apologise, nor does she try to change herself to fit into society’s expectations. We have J.K. Rowling, author of the books that inspired the movies, to thank for creating this awesome character.

Another work of art from Roald Dahl, Matilda is a timeless classic that can still delight its audience 26 years after its premiere. The character of Matilda is a remarkable idol that all children should aspire to be like. Although she spends her entire young life being neglected by her awful mother and father, Zinnia and Harry Wormwood, she retaliates against the abuse and works hard to create a new, happier life for herself.

Matilda takes charge of her education, reading countless books despite her family’s relentless taunts and lack of effort to understand, and then demands she be sent to a real school to further her learning. She is strong, determined, and teaches young people that it’s never okay to be bullied and manipulated.

Is there anyone more inspiring than a superhero? Spider-Man was first introduced to the world in 1962 as a comic-book character, and since then has been the main character in nine different films. Both Spider-Man and Peter Parker (the young man who becomes the superhero after receiving a bite from a radioactive spider) are striking role models for kids.

Peter Parker is a true hero because he continuously sacrifices his own well-being for the greater good of the community. As superheroes typically do, Spider-Man teaches young children to be brave and selfless, and that it’s okay to struggle under tremendous responsibilities. What matters is that you try your best.

Which character speaks loudest to you?

There you have it, seven of our bravest, fiercest movie characters that your children can draw some important qualities from. We know that being a parent or caregiver can feel a little overwhelming at times, and it’s easy to second guess whether you’re showing and teaching your kids the right things.

It’s perfectly acceptable to lean on things like movie characters. As we said above, films aren’t there just to entertain, they’re there to teach too. Enjoy your movie marathon!

Published on Oct 31st, 2022 by Hannah Martin
We use cookies on our website to give you the most relevant experience by remembering your preferences and repeat visits. By clicking “Accept”, you consent to the use of ALL the cookies. However you may visit Cookie Settings to provide a controlled consent.
Cookie settingsACCEPT
Manage consent