How much screen time is best for your child – and how can you limit their access to devices? 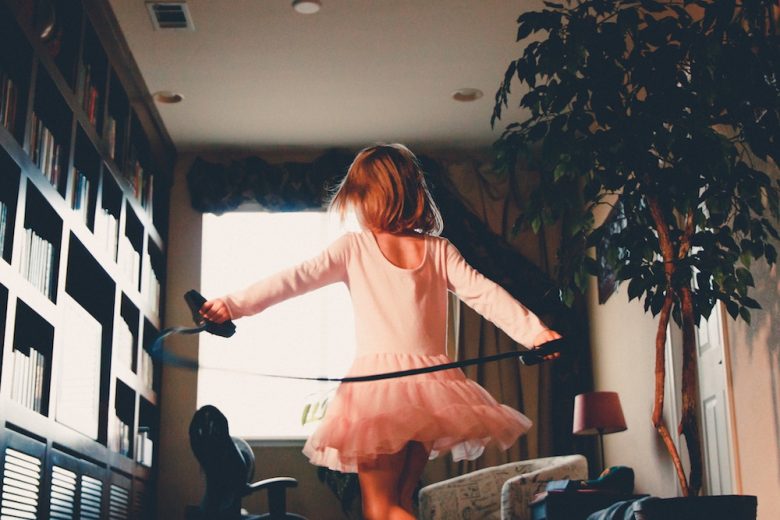 Are you worried about your child’s use of devices and time spent on screens? Find out how much time children are spending online, and how you can limit your child’s access to devices.

It will probably come as no surprise that, of a survey of 800 UK based parents by Care.com, the vast majority said technology played a significant part in their children’s lives.

Whether it’s playing video games, interacting with mobile phone apps or watching TV, screen based technology can be great for teaching and entertaining children. But how much is ‘too much’ for children?

Katrin Lewandowski, family expert at Care.com says that, while screen time can be beneficial, it’s also important to invest time in human interactions and play too:

“It is important to teach our children how to make decisions about when and how to use technology and to lead by example. While screens may be a tempting solution to keep your children occupied, they cannot replace the benefits of human interaction.

Rules or guidelines for the whole family should be set especially when you start noticing that screens harm family routines like meals or activities.”

But what affect is this having on the family? 15% of parents said that screens impacted on quality family time. Just under one in seven (16%) of parents questioned said they used TVs, tablets or smartphones to keep children entertained when they were otherwise occupied.

The topic of screen time amongst children is not an uncommon one. There have been a number of high profile reports in 2019 already which have suggested that spending greater amounts of time on screens isn’t necessarily detrimental to children’s wellbeing.

One report cited by the BBC in January suggested that parents should worry less about the amount of time their children spend on screens.

Dr Max Davie, officer for health promotion for the RCPCH, said phones, computers and tablets were a “great way to explore the world”, but parents were often made to feel that there was something “indefinably wrong” about them.

Screens are not intrinsically harmful for children

The NSPCC agreed that screens are not intrinsically harmful, but warned that children’s screen time should supervised in order to ensure they aren’t exposed to unsuitable online content.

“Whether a child is online for five minutes or five hours, they should be protected from harmful or inappropriate content and behaviour,” said a spokesperson for the charity.

A more worrying finding of the report from Care.com was that 83% of parents stated having argued with their children about the time they spend on screens at least once per week, with 35% claiming to have argued daily about the matter.

So how much screen time IS okay for your child?

With so many conflicting messages ‘children today spend too long on screens’, ‘any screen time is bad!’ and ‘there’s nothing wrong with spending time watching screens’, we decided to check out what the recommendations really are – if indeed there are any definitive guidelines.

One website we personally use often to assess viewing content for our children is Common Sense Media. They agree that there are no magic number of hours that are ideal. Instead, what really matters are three things:

They do, however, share guidelines published by the American Academy of Pediatrics (AAP) in 2016. Here’s what they recommend:

Not all screen time is equal

The AAP recognises that not all screen time is equal. So, instead of merely counting screen hours, it may also be helpful to assess what your child is using a screen for.

Obviously, there’s a big difference between your child using devices to exercise their imagination and create content, and passively watching TV, or playing an online game.

Common sense media recommend paying attention to how your child acts during and after spending time on a screen. If the media they’re using is high-quality and age-appropriate media, if their behaviour is positive (during and after screen time), and if their screen time is balanced with healthy screen-free activities, they say you don’t need to worry.

If you did want to control the amount of time your child spends on screens and devices, here are 10 tips that will help you:

You can find more parenting advice for children and technology in these articles: