Safe cycling for women: What to wear on the roads 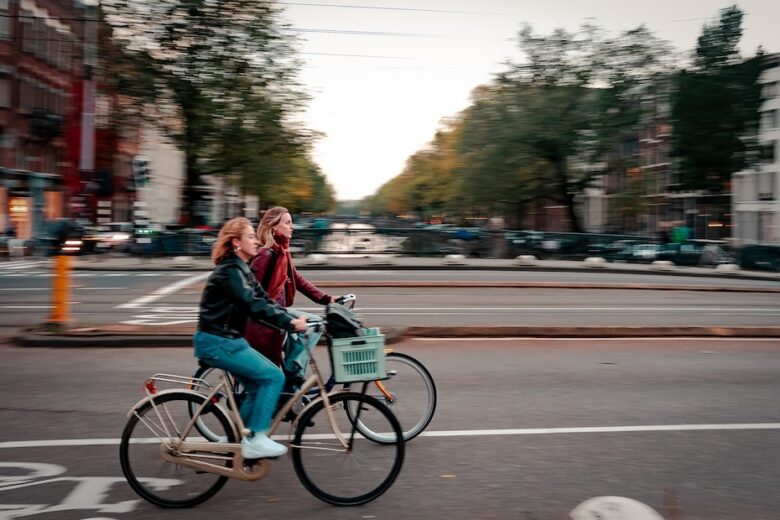 More and more women are cycling, but many are worried about safety. Find out what to wear on the roads to protect yourself.

In 2020, the number of cycling trips made by women in the UK increased by 56%, yet men still cycled twice as much. The pandemic meant less traffic on the roads, which encouraged more women to get on a bike, but the statistics still point to a lower bike usage among the female population.

So, what’s the main cycling concern women have? The answer is safety. According to a survey by bike insurance provider Laka, 41% of female respondents felt apprehensive about riding a bike due to safety concerns and the vulnerability of cycling alone. But it’s not just female cyclists who are vulnerable on the road – men can also be involved in a cycling accident.

Well-lit cycle lanes, cycle lanes separated from main roads, and direct routes can all provide more cycling safety for everyone. But alongside better cycling infrastructure, women can take control of their safety with yet another step – high-visibility clothing.

Together with Ben Mercer from the cycling clothing division at Leisure Lakes Bikes, we explore how female cyclists can dress with safety in mind.

Most cycling incidents happen at dawn and dusk, when it’s still dark and the visibility isn’t great, especially during the winter. That’s when the chances of ‘Sorry, mate, I didn’t see you” (SMIDSY) incidents are higher.

There are a few reasons why bike riders might remain unnoticed on the road, resulting in hard braking and even accidents. These include peripheral sight limitations, noticing only lateral movement, and blindness by the sun.

One way to mitigate these issues and remain safe on the road is by wearing reflective or high-visibility clothing. Reflective clothing reflects any light that hits it and makes it visible everywhere. It works great in the dark, and it looks like another light is shining, making it perform for riding early in the morning or in the evening. However, it’s not always very visible during the day.

High-visibility clothing, known as high-vis clothing, on the other hand, fuses fluorescent material with reflective tape or shapes, which makes it ideal for all day around.

What colour of high-vis clothing is best?

Reflective and high-visibility clothing is often associated with construction and road traffic workers. It’s also an essential part of a cyclist’s gear, and there are many trendy items to choose from, ranging from waterproof jackets to reflective cycling gloves.

But which colour of high-vis clothing is the best?

Yellow is the brightest colour on the chromaticity scale and is the most used one for high-vis clothing. Orange, on the other hand, is a close second in terms of brightness with another added benefit – it’s associated with caution and danger, meaning that you will be easily recognisable on the road. Orange is easy to spot outside and is also featured in the auto-warning sign.

But picking the right cycling safety clothing isn’t just about the colour, and other factors come into play, such as conspicuity and contrast.

Conspicuity is the ability of an object to come to the attention of an observer, especially in environments with competing objects.

Contrast is also important for optimal results. When a fluorescent colour, such as yellow or orange, is used against a contrasting background within the clothing, such as black, detection is enhanced.

These high-vis and reflective clothing standards can be applied not just to jackets and vests but also gloves, pants, shorts, jerseys, and even shoes.

Feeling safe on the road can encourage more people to cycle, especially women. While developing better infrastructure is vital, there are things we can do to enhance our safety right now, such as investing in high-visibility or reflective cycling clothing.