Reasons to fly private on your next trip 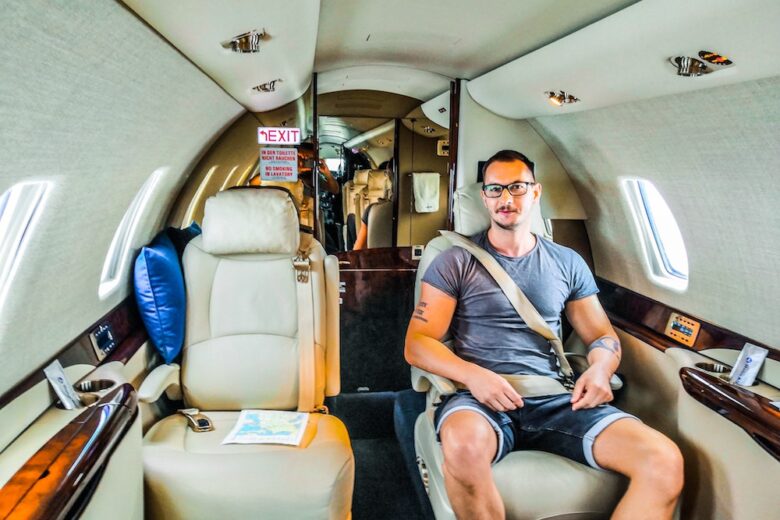 Planning a trip but hate the hassle of flying? Find out why flying private is more accessible than you might think.

In fact, the idea of hiring a private plan probably hasn’t even crossed your mind. And why would it? Flying by private plane is usually seen as a method of transport for the stars or the uber-rich.

But it doesn’t have to be. Hiring a private plane is more accessible than you may think. So the next time you plan a trip, why not looking into the feasibility of flying private? Here are some reasons why you might want to ditch flying commercial.

You may have had many flights where the flight attendants were very friendly and attentive – as they usually are. So this subheading might seem a little strange.

But think about it. The volume of people that fly every year is enormous, which means it’s a moneymaker. And the more money an airlines makes, the better for them.

And even if this hasn’t happened to you, the price you paid for your travels must have seemed expensive compared to what you received.

Flying private is like being in a five-star hotel. Everything is catered around you, and nothing else matters. The staff are incredibly attentive, the food is incredible, you have spacious accommodation, it’s worth its weight in gold.

You also don’t risk being bumped off your flight if it’s overlooked, nor having to compete together the attention of an over worked attendant on a busy flight.

It’s more affordable than you think

Private plane? Oh no, too expensive for me… Well, that might not be the case. Private planes are becoming more available to the masses, and in some cases you’ll be shocked at how much per person you can make your flight.

Smaller planes come in handy when you’re needing to get somewhere with a few people, quickly. These journeys tend to be over shorter distances as the small planes don’t have the fuel capacity to go further.

When looking at cheap private jet flights for slightly longer journeys, you’ll be equally surprised at how much you can get them for per person. With the combination of staff, drinks, food, accommodation, and the fact you have your own plane, it’s far more affordable than most people initially think.

In this day and age, our time is money and the less time we spend wasted doing things we can avoid, the more time we have to work, play, and spend time with our families.

When you fly private, you can charter a flight a few hours before it leaves and get there two minutes before the flight takes off. You also bypass the security line, and eliminate the chance of any time being wasted standing around inI queues.

There’s nothing worse than having to stay in an airport or being forced to layover – other time-wasting activities that are eliminated when you fly private.

Flying private has always been something for the rich. But now it has come into the realm of the average person.

So the next time you think about taking a short-haul flight, why not look at chartering a small plane instead of waiting in line for hours, and wasting two hours in the airport before getting your boarding pass? Have fun, fly private.