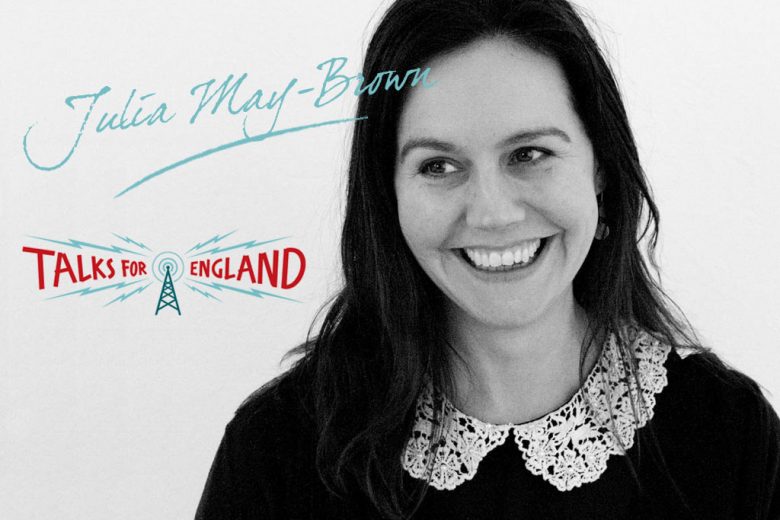 Mum of one Julia May-Brown is a media trainer and freelance producer on the Radio Two Jeremy Vine show. From wrestling James Bond to kissing for autographs, she shares some of the highs and lows of her radio career, and how it changed after she became a mum and moved to the country.

I’ve worked as a radio producer and presenter for 17 years. I’ve worked  across the industry, for everyone from the BBC and various commercial stations, to the forces’ broadcaster BFBS.

How did you get your first career break?

As far back as I can remember, I only ever wanted to work in radio. When I was 13 years old, I started volunteering at my local hospital radio station, and shortly after that I started helping out at my local commercial station on a saturday. I made a lot of tea and put a lot of records away!

I ignored the advice of my careers teacher (who said that radio wasn’t an attainable path and that maybe I should set my sights lower), worked hard and won a place at Bournemouth University to study for a BA in Media Production. After graduation I began working freelance at BBC Radio 4 and BBC Radio Derby, moved to Belfast for a few years to work at BFBS, moved to Australia for a while, toured the world with BFBS and then worked freelance for the BBC and IRN. I’ve moved a lot!

You must have some funny stories. Can you tell us a couple?

When I was seven months pregnant, I was sent off to a press day at Pinewood Studios for the Bond film Quantum of Solace, and was lucky enough to interview the actor Daniel Craig, among others. I was slightly apprehensive given his usual gruff demeanour when dealing with the press, but he was very charming and affable. That was, until, I joked that his leading lady had described his kissing technique as ‘rubbish’ – at which point he wrestled my mic off me and threw it to the floor!

Bearing in mind I had a massive baby bump at the time, there was a moment of shocked silence – and then he picked it up and handed it back with a grin. Relief is not the word, I think he was a bit worried I might go into early labour.

I also had an encounter with Sir Ben Kingsley which still makes me horrified every time I think of it. I was interviewing him at Claridges, and my boyfriend, a massive fan, had begged me to get his autograph. SO not the done thing, but after the interview I put my professionalism aside and explained the situation and he very sweetly acquiesced.

I was a bit flustered after this departure from standard protocol, and when he then went to say goodbye, we had one of those horrible moments where he held out his hand whilst I went in for the kiss on the cheek (you don’t do this to iconic British actors).

I then leant back and he being a gentleman went in for the kiss on the other cheek and we bumped heads. I got back outside and when asked by the other journalists how he was, I answered ’I kissed him’, which they all found hilarious. And after all that, I don’t even think Simon even knows where the autograph is now!

What have been your career highs so far?

Probably my current job as a freelance producer for the Radio Two Jeremy Vine show. It’s an extremely full on and challenging role when I’m there. Early starts, the pressure to pitch and produce compelling stories for a national audience of 6 million to an immovable deadline (the programme is on air at 12pm, whether or not we’ve booked the guests) means I’m often terrified and exhilarated in equal measure! It’s great to dip in and out of when I’m needed, and I’m full of admiration for the team who are full time.

I also absolutely loved my two three month operational tours working on the front line with the forces in Iraq. I presented the middle east breakfast show from an ISO container on a logistics base in the desert. More than a few scary moments, but an incredible experience and extremely rewarding.

And what hasn’t gone as you expected or hoped?

When my daughter Lexie was four months old, I launched a business with my friend Heidi called FauxShow. We offered a bespoke service producing personalised radio shows as wedding and birthday presents, including messages from the recipients’ friends and families and all their favourite music.

We put a huge amount of time and effort in and got great feedback – but unfortunately the recession hit shortly after we launched, and people just didn’t have the money to spend on such things. I’m still very proud of the venture though, and it taught me a lot about starting a business. I used what I had learnt when starting my current venture Talks For England – not least that it is simpler to be a sole trader than a limited company.

Did your career change after becoming a mum?

Oh yes, massively. I was working as an entertainment reporter right up until I went on maternity leave, and I went from meeting and interviewing people like Mary J Blige and attending red carpet events, to sitting at home in Tottenham (where we had recently moved) with a newborn.

It was a life-changer and I really struggled for quite a while. I felt as though I had lost my worth and my identity. I hadn’t done NCT and I didn’t have many friends in the area. I wanted to have time off to bond with my baby, and yet the pressure was on to get back to work in some capacity. Childcare costs in the capital made it pointless to start work again too, yet times were tough. It was a very low time for me in a lot of ways.

Luckily, we made the decision to move from London to Frome in Somerset when Lexie was two. I now have tonnes of lovely and interesting friends and a great community to be a part of and I feel genuinely blessed! Since Lexie started school last year I’ve been able to focus more time and energy on my work. I’ve started media training, voice-over work and audio production from home as well as the freelance producing.

What are your ambitions?

I’d love to expand my client base as a media trainer, it’s a different direction for me after years working in one industry, but I love meeting new people and being able to share my skills and experience with them. I’d also like to start lecturing media students.

Why is media training important for small businesses, and how does it work?

Media training actually covers a huge range of subjects, from interview skills and creating and delivering key messages, to managing a PR crisis. For small businesses, I usually concentrate on teaching clients how to approach the media in order to get coverage for their product or brand. I give them an insight into how a producer operates and teach them who to approach and how to pitch a story as well as working individually with them to identify what they have to offer news outlets.

I’d say from a producer’s point of view, the guests I remember and are keen to use again are people who are natural and engaging. Don’t write down what you want to say and then read it out – it never comes across well! Having interviewed everyone from politicians  and musicians to farmers and bus drivers, I’ve seen some brilliant contributors – and some dire ones.

How do you make your career/family balance work?

Has anyone in the history of the world actually managed this to the point of perfection?? If so, I’d like to meet them!

I think the trick is to accept that you will feel guilt, but try not to feel too guilty about anything – I’m happy that my daughter will grow up seeing me working and being fulfilled by it. I’m still working on putting my phone aside when she gets home from school though! To be able to do what I love and still be around to pick her up from school and make her tea most days is something I hope I never take for granted.

Believe in yourself – this can be tough if you’ve been out of the game for a while, but you still have your skills and experience. Use your existing networks, enlist the skills of other mum friends and help each other out. There will be some incredibly talented ladies knocking around your local park. Oh, and online grocery shopping is my new best friend!

You can learn more about Julia’s media training and voice-over work on her website. 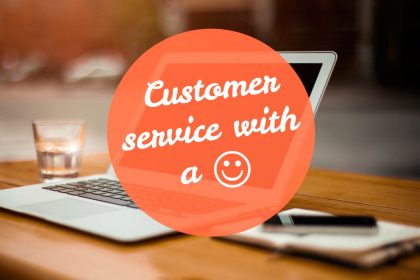 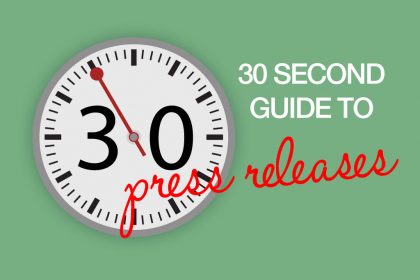 Your 30-second guide to writing a powerful press release 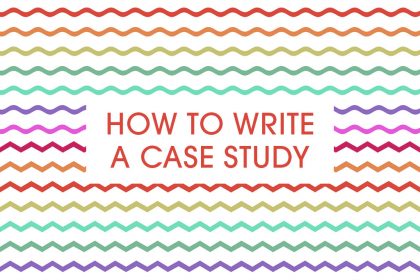 How to write a case study – a quick and easy guide 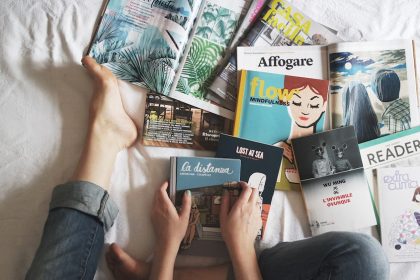 Five small steps to kickstart your PR in 2018 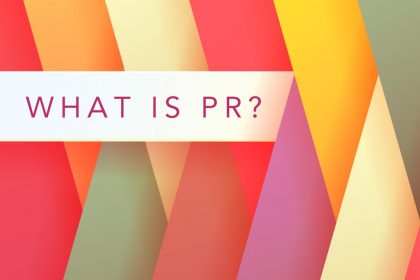 What is PR and why does your business need it? 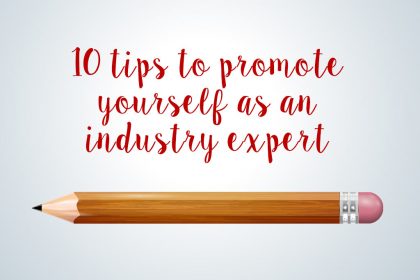