Primary targets for cybercrime in the UK 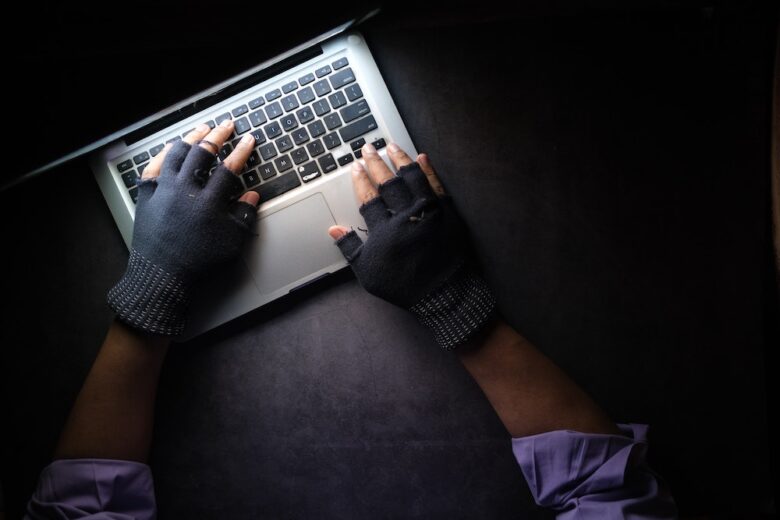 Over the last 20 years, the internet has spread in ways that few could have predicted prior to the millennium. It is now nigh on impossible to participate in everyday life without connecting to the world wide web in some form or other.

So it should come as little surprise that the meteoric rise in internet use has also seen an increase in the amount of cybercrime committed.

Cybercrime is a broad term for crimes that involve computers or computer networks. The computer involved may be the target of the crime or an asset used to commit the crime. However, cybercrime does not include physical theft of cyber devices, such as laptops or phones. The Crown Prosecution Service (CPS) distinguishes two types of cybercrime: Cyber-dependent crimes, in which cyber devices are both the tool for committing the crime and the target of the crime; and Cyber-enabled crimes, which are traditional crimes that can be increased in scale or reach by the use of computers or networks.

A new study conducted by click fraud experts PPC Shield has revealed that so far in 2021, the UK has reported £5.7M in financial losses due to cybercrime, with 14,883 crimes being reported in total. A spokesperson for PPC Shield said, “With the internet being such an essential part of our daily lives, taking care online and using robust security measures are of utmost importance. Always be aware of what you are clicking on, and be especially wary of phishing sites and emails sent from companies or individuals that you are not familiar with.”

In this article, we are going to look at who the primary targets are for cybercriminals, what kind of methods they use to commit cybercrime, and how you can protect yourself against them.

Who are the primary targets for cybercrime in the UK?

Of the total 14,883 cybercrimes committed between January and August 2021, PPC Shield found that the largest targeted demographic were individuals under the age of 40, who accounted for 5,000 of the total reported figure. Despite 90% of the reported offences being made by the public, UK businesses reported £1.9M of losses, which amounts to a third of the total figure of £5.7M.

PPC Shield also found that offences involving hacking, social media and email accounted for 6,300 of the reported incidents, making these the most popular methods of cybercriminals.

To conduct their research, PPC Shield analysed data from the National Fraud Intelligence Bureau, a police unit in the UK responsible for gathering and analysing intelligence relating to fraud and financially motivated cybercrime. PPC Shield are click fraud experts and enable brands and businesses to optimise their online ad campaigns by filtering out and blocking fraudulent clicks to ensure an advertising budget is not wasted.

Why are younger people and businesses targeted?

The reasons why people under 40 are the most targeted demographic of cybercriminals are not given in the data. However, it is likely due to the fact that the younger half of the population will generally be more tech-savvy. This may seem counter-intuitive at first, but with younger generations juggling multiple social media accounts, phone applications, online banking services, and email addresses, they are far more vulnerable to online fraud and cybercrime. Not only do multiple online accounts increase the likelihood of hacking, but they also open the possibility of multiple hackings if the same password is used for each account.

Businesses are less likely to be targeted by cybercriminals, but they account for a disproportionately large amount of the money that is lost to cybercrime in the UK. This is likely because businesses will have stronger protection on their accounts and passwords than individuals, but will have more money stored in the accounts once they have been hacked.

How does cybercrime affect the victims?

Each year, the UK Office for National Statistics (ONS) conducts a Crime Survey for England and Wales (CSEW). The survey now includes data on the effects of cybercrime on the victims.

The most recent survey indicates that 72% of cybercrime victims said they had been emotionally affected by their experiences. Of that 72%, a third stated that the crime had a moderate to severe impact on them, and a further 1 in 10 experienced anxiety, fear, depression, or had difficulty sleeping.

Despite the propensity for cybercriminals to target individuals and the clear emotional impact it has on the victims, 81% of the reported crimes were committed by an individual not known to the victim. This shows that the majority of cybercrimes are random and not personal attacks.

What methods do cybercriminals use?

In their study, PPC Shield found that malicious hacking, fraudulent use of social media accounts, and email scams are the most common form of cybercrime. These methods accounted for 6,300 of the total reported crimes, which is 43% of all incidents in 2021 up to August.

This again shows why younger people are often the primary targets of cybercrime as they are more likely to have social media accounts and multiple email addresses than older generations. Other high-ranking methods used by cybercriminals include computer malware or viruses and personal hacking by extortion or intimidation.

According to Google’s Transparency Report, the use of malware or viruses – which is software specifically designed to cause damage to a computer, server, client, or network – is at the lowest point since 2007. The same report found that the use of phishing websites – which are websites designed to gain passwords, bank details, and other sensitive information – has increased by over 750% since the same date in 2007, with over 1.5 million sites now deemed dangerous by Google Safe Browsing.

Over the course of the COVID-19 pandemic, phishing website scams rose dramatically. The global crisis opened the door to cybercriminals who were writing fraudulent texts and making calls to mobile phones, with individuals posing as bank employees, HMRC, and even the NHS charging for fake COVID tests and track & trace.

How to protect yourself against cybercrime

Although it is younger people and businesses that are most affected by cybercrimes, we are all liable to be targeted. In some instances, there is little that can be done to protect yourself against them.

However, there are also many precautions that you can take to ensure that you are as protected and secure as possible against the threat of cybercrime and avoid cyber attacks that can be defended against. Here are just some of the ways you can protect yourself against cybercrime.

In all cases of cybercrime that resulted in financial loss, one in three individuals discovered the offence through communications from their bank, building society, or other financial institution. It is, therefore, recommended that you maintain contact with your financial providers and are quick to open letters or emails and answer any calls that they make to you.

Use strong and varied passwords

In the modern world, it sometimes seems that every other day we are asked to create a new account with an app, social media platform, or website. When creating a new account be sure to use strong passwords that are longer than eight characters, have capital as well as lower case letters, and contain both numbers and symbols. It is also important to remember to use different passwords for every account you create. This ensures that if one account is hacked, the others are safe and cannot be accessed using the same password.

Cybercriminals are often one step ahead of old operating systems and software. Once they have figured out the flaws or holes in the system they will be able to exploit them with ease. So it is crucial that you update your software to ensure that any system you’re using has the strongest possible protection.

Cybercriminals often exploit people’s relaxed attitudes on social media. Because social media platforms are used for social purposes, users can let their guard down when sending messages or posting sensitive information, such as pet names, sibling names, or maiden names. You can adjust your social media settings to maximum privacy to ensure people you don’t know personally cannot view your account without you granting them access.

Cybercriminals have been known to hack personal communication lines. This means that they can access any information that passes through your WiFi connection. Having a strong password is highly recommended and you may even consider a virtual private network (VPN). A VPN will encrypt all traffic leaving your devices until it reaches its specified destination. You can find various VPN services online that will ensure that any hacked traffic will just read as encrypted data.

Click fraud is one of the fastest-growing cybercrimes. It works by encouraging users to follow pay-per-click adverts online that then generates revenue for the host website rather than the advertiser. Many of the links are also full of malicious content that can affect the user by gaining access to their data. Click fraud prevention products, such as PPC Shield, detects click fraud straight away and blocks ads once it recognises them to be harmful.

It’s crucial to protect yourself against cyber crime

Including non-cyber assisted fraud, the UK has logged 253,736 reports that equate to total financial losses of £1.2bn this year. Whilst cybercrime only accounts for a fraction of this figure, it is rapidly on the rise and many cybercriminals have taken advantage of the pandemic to proliferate their work. It is, therefore, crucial to take every possible step to ensure that you remain safe and secure when online.