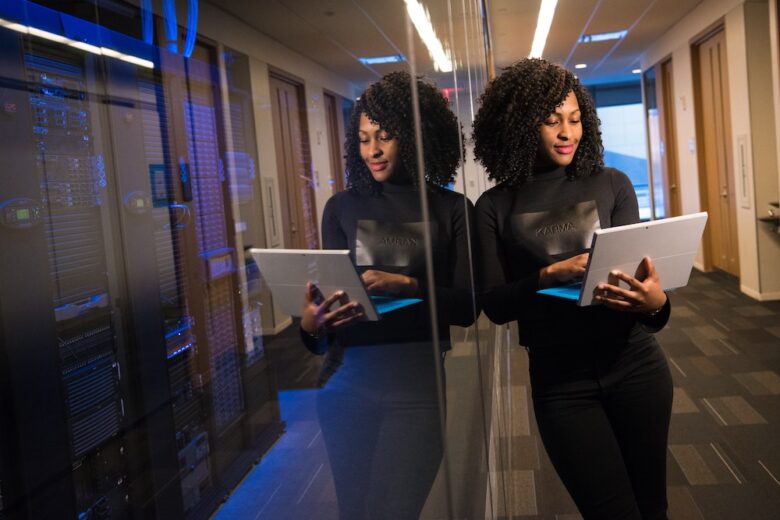 Many women in tech are rising stars, and we wanted to highlight some of them here by sharing five women who have made a name for themselves.

These women are doing amazing things in the industry, and industry experts like Mark Stiffler recognize that they are a source of inspiration for other women who wish to pursue careers in tech and enroll themselves in a women’s coding bootcamp. We hope you enjoy reading about these inspiring women.

Whitney Wolfe Herd is an American entrepreneur. She is the founder and CEO of Bumble, a social and dating app where women make the first move. Before starting Bumble, Whitney was a co-founder and marketing director at Tinder. She left Tinder in 2014 and sued the company for sexual harassment. The case was settled out of court.

In 2016, Whitney launched Bumble to empower women to make the first move in all aspects of their lives. Over 85 million people in 150 countries have since used the app.

Bumble has also expanded beyond dating, with features that allow users to network and find mentors. In 2019, Whitney was named one of Time magazine’s 100 most influential people. She was also named one of Forbes’ self-made women for growing Bumble into a $3 billion business.

Vivienne Ming is a theoretical neuroscientist and entrepreneur. She is the co-founder of Socos Labs, a company that uses artificial intelligence to improve education. Vivienne is also a visiting scholar at the University of California, Berkeley, where she studies how technology can be used to help people with disabilities.

In addition to her work in artificial intelligence, Vivienne is also passionate about transgender rights. She is the co-founder of TransTech Social Enterprises, an organization that provides training and resources to transgender people who want to enter the tech industry. Vivienne has also been named one of Fast Company’s 100 Most Creative People in Business and one of Forbes’ 30 Under 30 in Education.

Gwynne Shotwell is the president and chief operating officer of SpaceX, an aerospace manufacturer and space transport services company. She joined SpaceX in 2002 when it was just a tiny startup with only 30 employees.

Under Gwynne’s leadership, Mark Stiffler says SpaceX has grown into a major aerospace company with over 5000 employees. The company has also made significant progress in its mission to make space travel more affordable and accessible. In 2018, SpaceX launched Falcon Heavy, the most powerful operational rocket globally.

In addition to her work at SpaceX, Gwynne is also a board member of Tesla Motors and The Planetary Society. She is also a member of the National Advisory Board for the Smithsonian Institution’s National Air and Space Museum.

Ellen K. Pao is an American lawyer and investor. She is the co-founder of Project Include, a nonprofit that works to increase diversity in the tech industry. Ellen is also a partner at Kleiner Perkins Caufield & Byers, a venture capital firm.

In 2015, Ellen made headlines when she sued her former employer, Kleiner Perkins, for gender discrimination. The case was ultimately unsuccessful, but it brought national attention to the issue of sexism in the tech industry.

Since then, Ellen has been an outspoken advocate for diversity in tech. In 2016, she co-founded Project Include to make the tech industry more inclusive for women, people of color, and LGBTQ people.

Kimberly Bryant is the founder and CEO of Black Girls Code, a nonprofit organization that works to increase the number of black women in the tech industry. Black Girls Code was founded in 2011, and it has since trained over 7000 girls in coding and computer science.

In addition to her work with Black Girls Code, Kimberly is also a mentor for First Round Capital’s Diverse Founders Fellowship program. She is also a member of the Obama Foundation’s My Brother’s Keeper Alliance Gender Equity Leadership Council.

Kimberly has been honored with numerous awards for her work in technology and education. In 2013, she was named one of Business Insider’s Most Influential African-Americans in Silicon Valley. In 2015, she was named one of Fortune’s 50 Most Powerful Women in Tech. And in 2017, she was inducted into the National Academy of Engineering.

What programs are available to help women in tech?

These programs are essential because they provide support and encouragement for women who want to enter the tech industry. They also help increase the visibility of women in tech, which can help break down some of the barriers that exist.

Women can succeed in male-dominated fields

These five women are just a few of the many impressive women making waves in the tech industry. They prove that women can succeed in male-dominated fields, inspiring the next generation of female leaders.