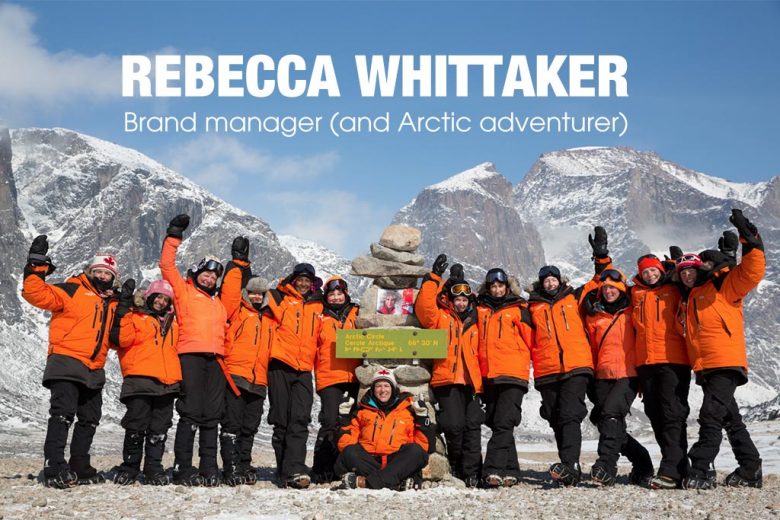 We believe that all of us have the potential to be extraordinary – as proved by brand manager and mum Rebecca Whittaker, who was picked by her company LeasePlan to take part in an intrepid Arctic challenge.

We asked Rebecca what it was like to trek across one of the world’s most remote and hostile landscapes with 15 other ‘ordinary’ woman, and how the experience has changed her.

What is your job?

I’m the Brand Manager for LeasePlan, LeasePlan is the world’s largest vehicle management company with 1.3 million vehicles, 6,000 employees working across 32 countries. I take care of the press and PR side of things, and manage content and blogs for Easier to LeasePlan.

Earlier this year, 15 women from LeasePlan took part in an Arctic challenge. What was it?

On 8 April 2015, following six months of physical and mental training, I joined an all-female team of intrepid Arctic explorers, and travelled to Baffin Island in the Arctic Circle to undertake a 100km ski-trek across the Auyuittuq National Park (‘the land that never melts’).

At little over 1000 miles from the North Pole, we experienced some of the harshest conditions in the local Inuits’ living memory, with winds that whipped around your face, stripping off skin, temperatures dipping down to -25 (-50 was recorded on one bitterly cold day with the wind-chill) causing frost nip and hypothermia.

Why did LeasePlan decide to launch the challenge?

In 2014 LeasePlan launched its Global Diversity Programme beginning with Gender Diversity. As you can imagine with offices in 32 countries, from the UK to UAE, the approach that each country took was very different. The UK decided to take an innovative and radically different approach to the gender equality question, which aimed to bring life and vitality to the subject.

Using videos, blogs, staff presentations, and social media we were able to spread the message about our own personal journey to the Arctic – and open up some tough conversations about what a woman’s role is in society.

As a team we committed to act as an inspiration both in the workplace and the wider world through a schools education programme (Education Through Expeditions) – showing just how we had challenged our own preconceptions (and self-belief) to show that we are capable of far more than we ever dreamed.

How did they pick the 15 women?

LeasePlan partnered with professional adventurer Debra Searle MVO MBE and her company MIX Diversity Developers to provide their expertise and training and to act as a figurehead for the project.

How was the experience?

The sense of space, wilderness and isolation is remarkable. The land is infinite – white as far as the eye can see – and it’s hard to imagine that anyone or anything can survive, let alone thrive there.

It was a trip of two halves – night and day. After arriving at camp we would set up tent as quickly as possible, removing our warm down gloves to perform manually dexterous tasks (with just base layer gloves our fingers would quickly go numb).

We would find ice for water (preparing water for drink, food and washing would take 2-3 hours alone). Once the water was boiled, dinner was rehydrated high calorie meals (lunch would have been frozen salami or cheese with crackers) and as soon as the cooking tent was packed away we would eventually retire for the night.

Sleep was peppered with shivering fits every hour (the temp inside our tent was -25C). With only hand warmers for warmth, all liquids were stuffed into our sleeping bags, along with socks, gloves and anything else that might freeze solid by the morning. And my tent mate and I would listen to the wind whipping up a frenzy around the tent and remain on alert for polar bears.

But the days were different altogether. While we walked we knew we would be warm. And the happiest days were when I would wake to see the tent lit up by the sun’s rays at 5am and I would realize there was no wind to battle against.

On those days it felt as though I had gone beyond survival – as I skiied over frozen lakes to see water bubbles suspended in the ice, slid down rapid flowing rivers that had stopped mid flow, diamond like ice crystals crunching under foot, laughing and chatting with my team mates. Then it truly was magical.

The solitude of the Arctic also gave me time for reflection and it was a unique opportunity to ‘unplug’ from the digital world, with no news or no social media.

I look back on the experience most of all with a sense of privilege. The region is an area so remote that only 100 people see it at that time of year, each year. And I was there with 15 remarkable women celebrating just what it is to be human. 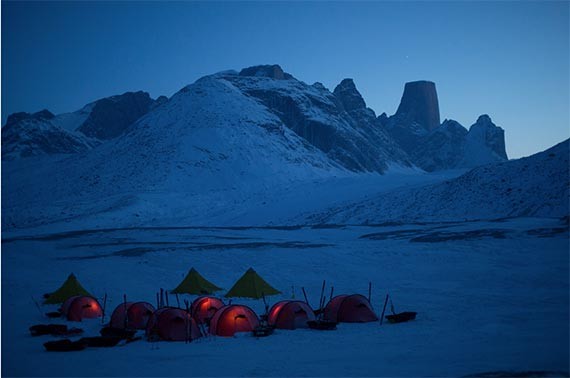 What was your high point?

Reaching the Arctic Circle marker – as just 5 km before we were asked to gather around and our expedition photographer Hayley Barnard (Debra Searle’s twin sister) handed us each a hand written letter from home.

My husband had clearly spent real time and thought writing – and between his words were photographs of the children (sprayed with his aftershave!).

And your lowest moment?

Strangely enough it was the day we crossed the finish line – whizzing past the peaks behind the skidoos, on arrival at the lodge I felt an overwhelming sadness, almost loss that it had come to an end.

I didn’t want to step back to the normality of every day life. And while some of the team rushed inside to experience central heating, hot showers, running water, and sitting on a chair with a cup of tea, I loitered outside helping to unpack the sleds.

Having spent the expedition initially battling the elements I learned to embrace and enjoy the struggle, it was difficult to leave the wilderness behind.

Was the experience easier or harder than you expected?

I had resigned myself to a pretty rough ride physically (having being told during my medical that I needed to put on weight to ensure I didn’t develop hypothermia and also knowing that I had poor circulation in my finger tips).

Just before I left, a good friend said to me, “Without a shadow of a doubt you can do this; you have grit girl… and that’s what you need!” Her words really carried me through.

What did you learn about yourself on the trek?

I learnt that the quickest way to acquire self-confidence is to do the thing that terrifies you. And for me, that was sleeping in the wilderness, knowing that a polar bear can travel 30km over night and has a sense of smell that can detect food within 15km.

So on my first night I slept very little, perhaps two hours, not sleeping deeply until the sun rose and I could hear the chatter of the others in the other tent. But by the end of the expedition I was secretly longing to see a polar bear! 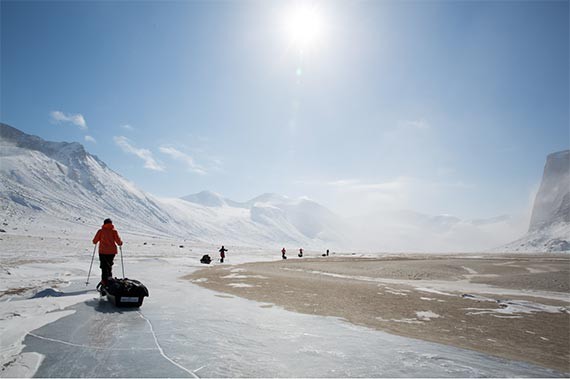 How important is it for you to be a strong role model for your own daughter?

I think it’s important that we tell our children a different story from the ones they see played out day after day. The challenge gave me a unique opportunity to demonstrate to my daughter that she can do whatever she sets her mind to.

It’s also provided a platform for me to teach both my son and daughter the rules of equality and the importance of diversity in the world.

Has the challenge given you a hunger for adventure? And if so, what do you want to do next?

The challenge has taught me to be stronger than my excuses. I joined a four man crew as the only woman for the Great Sussex Bath Race. And much to our surprise and delight we went on to beat teams from Sussex Police, the Scouts, a team heading to Everest, and a team of Natwest bankers – who were surprisingly tough competition – to win the race!

It has to be our expedition leader, Debra Searle MVO MBE. I first met Debra at a LeasePlan Conference where she spoke to us about the importance of ‘Choosing Your Attitude’. She retold the story of her row across the Atlantic, the dangers, exhaustion and sleep deprivation and how she was able to overcome her fears and achieve against the odds.

It may sound simple, but a card with these three words printed o, was given to me by my good friend just before I applied for the Arctic Challenge. The card sits on my desk and reminds me that life really is for the living.

You can learn more about the LeasePlan Arctic Challenge, read their expedition diary and see more images from the amazing trek on the challenge website.