Is female gaming on the rise? 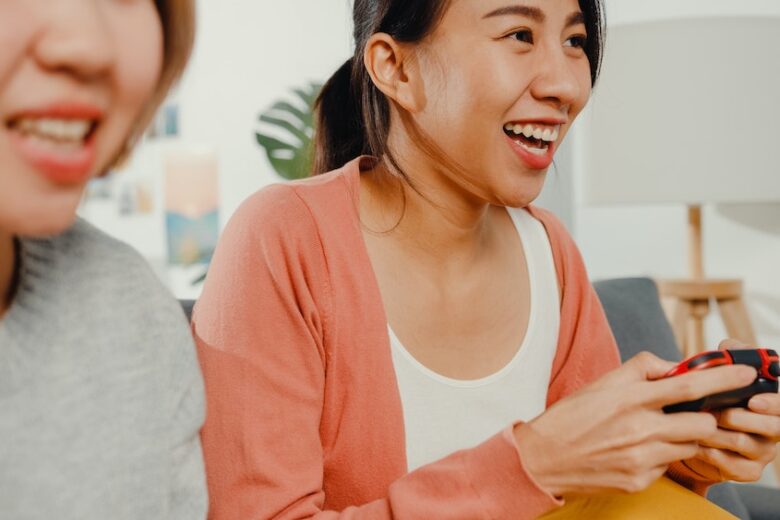 Gaming has been associated with men for the longest time. So much so, that even today several game developers design games with elements to cater to the male audience.

However, with the increasing number of women gamers worldwide, this is soon going to change. According to Statista, 41% of the total gamers in the US in 2020 were women.

Another study suggests that 63% of mobile gamers are women and 60% of them play every day. This trend holds even in the Asian market, which is the fastest-growing gaming market today.

What increasing female gamers means for the gaming industry

For instance, several games are designed around a stunning woman who is the “damsel in distress” and needs to be saved. The player works through the game to save the woman and win her affection.

According to Forbes, only 5% of video games feature a female character. This lack of female representation in video games needs to change.

Also, most games involve hypersexualized female characters designed to catch the fancy of a male audience. As female gamers continue to increase, hopefully, there will be an end to this gender stereotyping to some extent.

As women gamers steadily form a significant part of the target audience, developers are considering strong female characters. Also, this has led to the inclusion of female game developers in the team for bringing in the female perspective.

In Seattle, which is a gaming hub, many investors are insisting on at least one female team member in the tech firms/start-ups they invest in.

Female gamers are different from male gamers when it comes to gameplay behaviour and motivation. Most female gamers play for social reasons while some play to enjoy competition or to challenge themselves.

Male gamers, on the other hand, play mostly to combat stress or simply to kill time. Also, female gamers play almost all genres of games through multiple devices and platforms.

Many games are popular with female players across the globe today. Female gamers like puzzle and platform games as much as action adventure and arcade games. Here are six type of online games that are attracting female players.

A type of game in which the player plays the role of a fantasy character. Adventure games involve a story in the form of a series of continuous episodes.

It is important to note that some of the games have overlapping genres. For example, some puzzle or logic-based games are likely to fall under the adventure genre.

Casino games are known for attracting a predominately male audience; however, it is suggested that since the transition online more women are playing casino games. It is proposed that females feel more comfortable playing online at their convenience rather than heading to a land-based casino venue as they may feel intimidated.

There are many types of casino games for females to choose from including the top slots to play online, bingo games, slingo, poker, and other card games. It is found that slot games are one of the most popular casino games amongst females due to the ease of gameplay, less strategy required and the different themes available.

RPG stands for role-playing games. RPG game is one in which the player assumes roles of characters within the environment of the game.

The player has the power to control the character within the game.

RPG is one of the most interesting genres of video games today and is enjoyed by male and female gamers alike. Some popular examples are Star Wars, Final Fantasy, The Legend of Zelda, and World of Warcraft.

Logic and puzzle games are another favourite of female gamers. There are a wide variety of games that fall under this genre.

Perhaps one of the oldest genres of video games out there, platform games features 2D graphics. These simple games are great for quick breaks or to relax.

The games are all about controlling a character jumping over blocks and platforms. Some examples of platform games include Inside, Sonic Mania, Hollow Knight, and Celeste

Some examples of popular action-adventure games include The Legend of Zelda, Assassin’s Creed, God of War, and Tomb Raider series.

More female players will have an impact on the industry

The gaming industry has a bright future and is estimated to witness a growth of 50% in near future. The increasing number of female gamers will have a significant impact on how the industry operates.

One of the biggest impacts will be the end of gender bias in the gaming world. Also, there will likely be a change in the depiction of female characters in games.

We are witnessing the emergence of several successful professional female gamers today. This will also be a testimony to the fact that women can be more than just casual gamers.

This will also result in growing opportunities for women to assume the roles of game developers and designers. However, designing games to cater to the female demographics can be a new challenge for the gaming industry.