How women in tech are squashing the gender gap 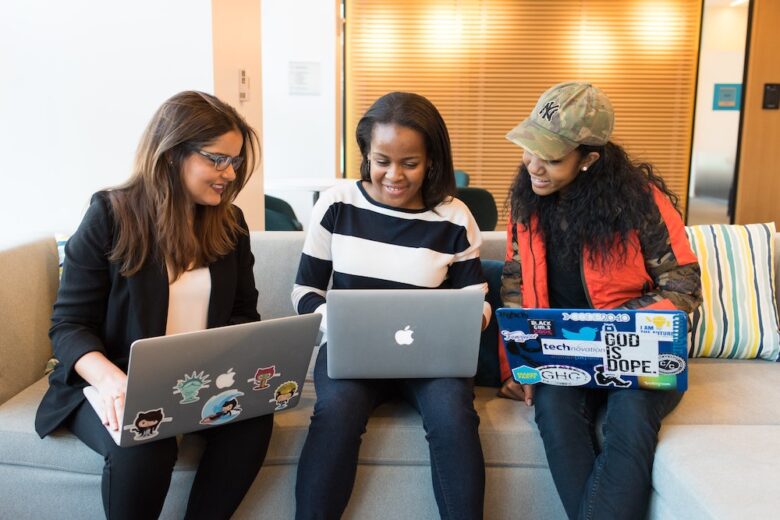 Finally, the tech industry is waking up to the fact that women in tech are an untapped resource that can help close the gender gap in the field.

Female representation in tech has always been low, but companies are now starting to invest in programs and incentives to get more women interested in pursuing careers in tech. Here’s a look at how women in tech are changing the tech industry landscape.

More women are being hired in leadership positions

One of the most noticeable changes in the past few years has been the increase in the number of women hired into leadership positions within tech companies. This directly results from the pressure put on these companies to close the gender gap.

Profisee, an MDM software company, hosted a podcast with Cory Munchbach, who speaks on the topic: “..we’ve always had an underrepresentation of women in technology, so there haven’t been enough people to go to battle for the kind of things that will make more women come.” While hiring more women is a step in the right direction, there is still a long way to go before women are represented equally in leadership positions within the tech industry.

The number of women pursuing careers in tech is on the rise. This is thanks, in part, to initiatives by companies and organizations to get more girls interested in STEM fields from a young age.

These programs are starting to pay off as more young women enter college interested in pursuing a career in tech. While the number of women in tech is still low compared to men, the trend is moving in the right direction.

To support the increasing number of women interested in careers in tech, there has been a proliferation of women-focused tech incubators and accelerators. These programs provide the mentorship, resources, and connections women need to succeed in tech.

One of the most well-known examples is Women 2.0, founded in 2006 and has since helped launch over 500 companies. These programs are helping to level the playing field for women in tech and giving them the tools they need to succeed.

Women in tech are making an impact

While the number of women in tech is still low, those in the field are making a significant impact. One example is Sheryl Sandberg, the COO of Facebook. She is one of the most high-profile women in tech and has been a big advocate for getting more women interested in careers in tech. She has also been a vocal supporter of initiatives to close the gender gap within the tech industry.

Another example of a woman impacting tech is Reshma Saujani, the founder of Girls Who Code. This organization is working to close the gender gap in tech by teaching girls the skills they need to pursue careers in tech. They have already reached over 10,000 girls and counting.

Women in tech are also making an impact on the products that are being created. In 2014, Apple launched HealthKit, which a team of women developed. This app has dramatically impacted how people track their health and has even been used to detect early signs of cancer.

Cory Munchbach, featured on the Profisee podcast, is also the current President and COO of BlueConic.

Women are closing the pay gap

While there is still much work to be done regarding equal pay for women in tech, there have been some improvements in recent years. The pay gap between men and women has narrowed over the years. This is thanks, in part, to the increasing number of women being hired into leadership positions within tech companies. However, the pay gap still exists, and women are still paid less than men for the same job.

Several laws have been established to help close the pay gap, such as The Lilly Ledbetter Fair Pay Act. This act helps ensure that employees have the right to challenge pay discrimination in court. While these laws are a step in the right direction, more must be done to ensure that women are paid equally for their work.

The good news is that more people are becoming aware of this issue and working to address it. We can only hope that this trend continues and that we see true gender parity in the tech industry soon.

The future of women in tech

Although the number of women in tech is still comparatively low, more and more females are joining the industry daily.

With initiatives to get more girls interested in STEM fields and programs to support women as they pursue careers in tech, we can expect to see more women making an impact in the tech industry. In the meantime, we can celebrate the successes of the women who are already making a difference.